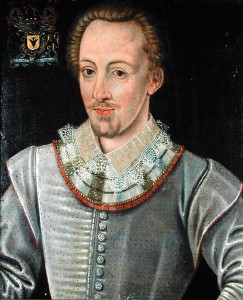 The subject of my dissertation…

Having made myself unemployable during my callow youth by earning a Ph.D. in English and publishing my dissertation with a very respectable press, I drifted into journalism, where I spent a good 20 years writing for and editing regional and national magazines. When the time came that I needed to make an actual living, I lucked into a job at the Great Desert University, a monster learning factory that pulsates in a suburb near Phoenix, Arizona. There I taught upper-division courses in writing and editing for about ten years; then moved into a quasi-administrative position running an editorial office that provided preproduction services for a half-dozen scholarly journals.

Over time, working for GDU became extremely stressful—so stressful, as a matter of fact, that one day while I was flying across a surface street with no place to pull over, I experienced what appeared to be a heart attack. A day in the Mayo’s ER disclosed that no cardiac event had happened, and the doctors dubbed this frightening episode a “stress attack.”

It took a while to come to terms with the fact that my everyday life was making me sick. Not only was the underpaid job a tangle of backstabbing politics and bureaucratic bullshit, I was involved in a conflict with a neighbor who vandalized my home to the tune of $10,000), who threatened a judge when I took him to court, and who had so frightened my lawyer that the lawyer urged me to sell my house (taking a $40,000 loss!) and move someplace where the guy couldn’t find me. My son and I had copurchased an antique house at what we thought was the bottom of the real estate bust…were we ever wrong about that! Real estate continued to fall, and before long we found ourselves upside-down to the tune of about a hundred grand. My own neighborhood was infested not only with the Perp, but also with rentals that hosted such charmers as Biker Boob and with run-down properties such as Dave’s Used Car Lot, Marina, and Weed Arboretum, a wreck directly across the street from my place. The Perp’s son-in-law, who lived two houses down from me, had launched a campaign of harassment that went on over a year. I lost $180,000 of my life savings in the crash of the Bush economy. And, to frost the cake, my beloved old German shepherd, whom I had to medicate six times a day (quite a trick when I was spending eight or ten hours on the other side of one of the biggest cities in U.S.), looked like she would soon have to be put down.

Well. On reflection it was possible that I wasn’t nuts. Maybe I really was stressed. For good reason.

I launched a do-it-yourself cognitive therapy campaign, the gist of which was to identify which worries were actually worth worrying about and which were were minor issues that could be ignored or put on the back burner. Over the course of several months, I taught myself to quit gnashing my teeth over small stuff and to devote my energy to dealing with the issues that really did matter.

Surprisingly, this strategy worked. With the help of my son, I contrived to prove that the Perp’s mentally ill Son-in-Law was innocent of many of the incidents for which I’d been blaming him. In response to the stress I’d been under, I was drinking too much alcohol and too much caffeine: I managed to cut back on both. Eventually the German shepherd and her pal, an equally aged greyhound, passed on to their furry fathers; though this was heartbreaking, it freed me from indescribable angst and expense (counting the purchase of the Dog Chariot—a Toyota Sienna—I’d spent about $40,000 on the two dogs over their 12-year lifespans. The German shepherd alone was costing $800 a year to  medicate).

With my supervisor’s knowledge, I developed a strategy to deal with our problem employee, one that eventually got rid of the woman. And through a variety of devices I found ways to extract more take-home pay from my salary, eventually making up for the de facto $220/month pay cut evinced by the several policy changes the Great Desert University inflicted on faculty and staff.

And I learned the salutary effects of simple expedients like turning off the disturbing, violent television shows that pass for “entertainment” in our culture; substituting recorded music for the anxiety-ridden yakathon that is NPR during the endless, dreary commute to and from GDU; exercising regularly; and delegating work instead of trying to do it all myself.

After a year or so, the insomnia eased, the blood sugar level dropped from prediabetic to normal (even though I hadn’t lost weight), I began to feel safer in my home, and the panic attacks were fewer and much further in between.

Along about the end of 2009, the Great Desert University, fast running out of money under the onslaught of an extreme right-wing legislature openly hostile to higher education, closed my office and canned me and all four of my staff (five, if you counted a graduate intern).

Needless to say, this development ran counter to my stress-reduction strategy.

Amid titanic bureaucratic battles with the university’s hopelessly incompetent HR staff, with the state agency that oversees GDU’s retirement plans, with clueless factotums at the 403(b) plan, with the COBRA people, with you-name-’em, I managed to get myself enrolled in early Social Security, got COBRA at a discount that just carried me through to Medicare eligibility, captured an adjunct position at a community college, incorporated my freelance business, and learned to live on a third of what I’d been earning. I wangled a mortgage modification on the downtown house that helped things a little. I beat back a politically motivated attack on one of my graduate assistants and found her a new dissertation director.

It took over a year to wind down from the anguish all this caused. Decompressing was not helped by the fact that 2010 was the first time I had ever—in my entire life!—had to live on less income than it took to cover the base cost of keeping a roof over my head and eating.

In 2011, things are looking better. Though I’ll never earn what I made in my last full-time job, my income is now enough that I will not have to draw money down from my retirement savings for at least another 18 months—possibly much longer. And I’m hardly working! Three adjunct junior-college courses a semester a forty-hour week do not make. Getting away from the Great Desert University was like walking out through the Gates of Hades. I haven’t had a stress attack in a year, my blood pressure is down to normal, and by and large life looks pretty good.

I’ve gone back to singing in the choir, I hang out with my friends, I get paid to read detective novels, I’m constantly entertained by a passel of effervescent students, I no longer worry very much about making ends meet, and I live with a cool new room-mate, lately liberated from the dog pound: 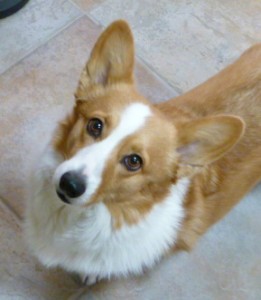 And that is where Funny about Money is coming from.