Nothing on this earth is there like a Young’s Double Chocolate Stout for unwinding purposes. All of about an hour remains in which to rest. I’ve done (endless!)_ battle with not one but two computers to get a $28 check deposited; finished proofing edits and returning the third of three sections of a P&T review sent over by one of the Chinese academics; met with the appliance repairman, who cleaned the stove burners, examined it carefully, could find nothing that would have caused two of the burners not to work after the recent brisk storms, and charged me sixty bucks; driven to the Costco to return the worst coffee I’ve ever tasted; driven to AJ’s to buy some of their reasonably acceptable coffee; gone back and forth with two veterinary offices; transferred funds (on a wing and a prayer) from PayPal to my corporate checking account; negotiated with the pool company’s dude for a date to resurface the hole in the ground (having decided there’s no need for expensive repairs on the car); talked with the vet at Indian Bend, who finds Cassie has a urinary infection (surprise!); arranged to take Cassie to Arcadia for an ultrasound; explained to both vets that she seems to be returning to health in response to the Benadryl I gave her (good luck with that!); talked to a nurse at the Mayo about an interesting new lesion, (probably unsatisfactorily); cooked up a little spread for lunch and served up said Young’s with it.

In 30 minutes, I’ve gotta be outta here again. Any question why I never get any of my own stuff done?

Cassie continues to revive. As we speak, she’s barking her little furry head off, in her former accustomed manner. And she is NOT wheezing after each attempted yapfest. She seems a little weary, but you would, too, if you’d been as sick as this dog has. This noon she shot out the side door after Ruby, just like a turbocharged little rocket, something she hasn’t done in weeks.

It is much better. But she’s still given to a certain embarrassing urgency. I think if we treat her for the infection this vet says he found, she’ll soon be back to her old self.

Can’t believe it! Truly…there were two occasions when I truly thought she was going to die. Then when the vet proposed to put her on that monstrous drug for upwards of six months, I told him I would put her down before I would do that: occasion #3.

• I can’t believe I spent upwards of a thousand dollars to do nothing for a doggy ailment that seems to have resolved itself pretty much on its own…or with the help of an over-the-counter allergy pill.

• I can’t believe I crashed my car in the middle of all this.

• I can’t believe I was able to get the car repaired without having to spend hundreds or thousands of dollars for the privilege.

• I can’t believe I managed to get through six assignments from clients while all this shit was going on.

• I can’t believe beer could taste this good. 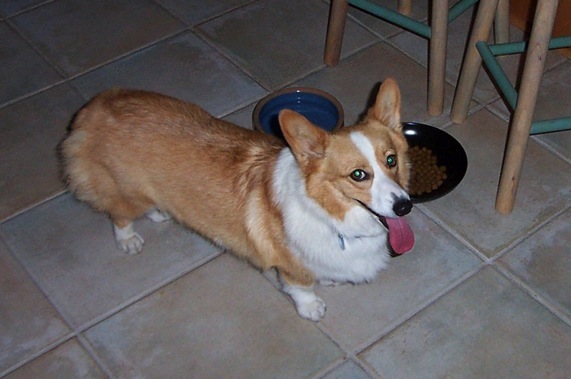