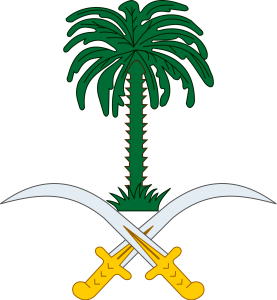 Where we lived in Saudi Arabia — I grew up in an oil camp full of American expats on the shore of the Persian Gulf — the fences between our houses were made of sticks derived from stripping the leaves off the center spines of palm-tree fronds. Date palms, oleanders, a kind of jasmine shrub, and a tree-like affair that looked a great deal like a paloverde were the only things that grew out there, where the soil was mostly sand and salt. A sort of bermuda-grass would grow, in a sickly and lumpy way. But otherwise that was about it.

I had a plan, when I was a little girl.

It was to run away.

Not just to run away, but to sail away — because obviously, even to the mind of a young child, the only plausible means of escape were by air (impossible for a kid without her parents) or by sea.

The latter would be exquisitely dangerous. Even the ten-year-old I recognized that. But it was reasonable to reflect that to be dead would be better than to continue living in that place.

I was an unpopular little kid — a weird one. School was an unhappy place for me. And home wasn’t a whole lot better when I wasn’t sequestered in my room,  terrified of my father and  miserable in general with life.

So I hatched a Plan. 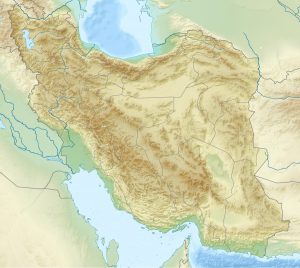 The Plan was to build a raft, equipped with a sail made from a sheet, and set to sea off the coast of the Rub al Khali, one of the most barren deserts on the planet. The body of this raft would be made of palm ribs, readily available from the fences the Arabs built to delineate the lots that held the Americans’ company houses. These I would lash together with rope and wire.

Once fully equipped, I would sail down the Persian Gulf through the Strait of Hormuz, then make my way up coast of Asia. Cross the Bering Strait and make landfall in Alaska. From there I would walk and hitch-hike down into California. And once home: take up the lifestyle of Little Orphan Annie.

This evening I was led to reflect on my father’s life, blighted as it was from the beginning by circumstance, and how he managed to overcome most of that. Yet…how any extended happiness contrived to elude him.

My father was a change-of-life baby, an unfortunate surprise for his parents. His youngest brother was 18 years older than he was.

His father did not want to raise another child, starting out in middle age. So he ran off, leaving the infant and the 40-plus mother in Texas to fend for themselves. She had inherited a substantial amount of money from her own father, who had made a fortune freighting buffalo hides out of Oklahoma into Kansas. Some time later, the unwilling dad was found by the side of a remote East Texas road, allegedly a suicide.

That, I think, is dubious. Given that during his careers as a prison guard and as a cowboy he had plenty of opportunities to make the occasional mortal enemy, I suspect it’s just as possible that he was murdered. But that, interesting as it may be, is neither here nor there.

My grandmother diddled away her late father’s wealth (equivalent of about $2.75 million in today’s money), swindled by dubious building contractors offering to fancify her home and by spiritualists who promised to contact the dead in séances from the living room. When the two older brothers learned their expected inheritance had been looted — way too late! — they turned on each other. My father dropped out of high school, lied about his age, and joined the Navy.

Hence, a career as a deck officer: Navy, Coast Guard, and Merchant Marine. It was this seafaring work experience that bought him a handsomely paid, all-expenses-covered job as a harbor pilot in Arabia, steering supertankers in and out of the port at Ras Tanura.

He led an interesting life full of interesting (but also often tedious) adventures. He worked hard. He set himself the goal of earning and putting into savings the amount of the fortune his mother squandered. Today, that’s no great pile of dough — to buy my little tract house would cost five times that many dollars. But he wasn’t an educated man and he didn’t understand about inflation. And besides, by the time he retired, the dollar hadn’t lost so much value that he and my mother couldn’t live a modest middle-class lifestyle on what he’d saved. They paid for everything in cash: cars, the house in Sun City, their daily necessities. If they couldn’t afford to buy it in cash, they didn’t buy it. And they lived pretty well.

That cash-only lifestyle — and its obvious benefits when good times turn to hard times — was what taught me never to buy anything that you can’t afford to pay for out of pocket. That includes a house: if you don’t have $500,000 in savings (and then some), don’t buy a $500,000 house. Buy a $100,000 house and pay for it in cash dollah.

[Unless, of course, your investments are returning more than the amount of interest you would have to pay on a mortgage loan. That concept was above my father’s head, but it’s worked OK for me.]

I think he never had a very happy life. Or if he did, it was only for short stretches. He went to sea most of his adult life: hard, tedious work. As for the ten-year stretch in Arabia? Who knows what he really thought about it: he wasn’t a complainer. I doubt if he thought much about it one way or the other: he took things as they lay.

My mother used my (supposed…) infection with mononucleosis in the 6th grade as an excuse to demand that we come back to the States. He reluctantly agreed. We moved to California, where for a few years he shipped out of Rodeo (in the San Francisco Bay Area) and then for a few more years out of Long Beach. By nature he was a homebody — he loved to putter, and he would cheerfully do things like scrub the kitchen floor for my mother. But now “home” was a cabin on an oil tanker.

He retired in the late 1960s…just in time for a wild inflationary period. Shortly, the value of his life savings shrunken, he had to go back to sea: he was on a boat when I graduated from college, and he was stuck in a storm off Alaska when I got married.

Finally he retired again, once and for all, and came “home” to Sun City.

I believe he and my mother were happy enough there, for awhile. But it wasn’t long before she smoked herself to death. Not surprisingly, given that she was smoking six packs a day by the time she died, she lasted only another six or seven years after they moved to Arizona. Then he had to care for her while she died hideously over a four- or five-month period.

Devastated by her death and the horror show that accompanied it, he sold the Sun City house, moved to a life-care community, and married a woman he met there. This was not an especially happy match. But because he was afraid that if he divorced her she would get all his money (Arizona is a community-property state), he stayed miserably in the union. By way of survival, he snuck off and rented a studio at another old-folkerie…he would tell the wifeling that he was taking the car to the repair shop, and then he would repair, all right: to the other apartment and sit in front of the TV all day.

LOL! You shoulda seen the Vigoro fly when she found out about that! 😀

When you come right down to it, life is a raft made of palm fronds, isn’t it?

6 thoughts on “A Raft Made of Palm Fronds”