OKAY, this one is as amazing as it gets…

So Apple shipped off my MacBook to its repair shop in Tennessee, where the thing has been for the better part of a week. But before very long, they finish and ship it back. Supposed to arrive between 8 and 10 a.m. today.

Sent off a chapter to one client. Read another client’s chapter and sent that off to him.

Come 11 a.m., no sign of it. I call Apple. Their rep gets ahold of Fedex, who say their guy tried to deliver it but no one was home. Of course I was home. And Gerardo was here with four of his guys, too! I expect the guy delivered it to Josie’s house: same number as my house, same street name except “Lane,” not “Way.” Apple CSR  gets the various numbers for me to try to track this down.  I call FedEx and get a robo-phone runaround, so I figure I’ll drive up to the Fedex office on Meth Lover’s Lane in person.

I’m cruising across SubFeeder Street headed for Conduit of Blight — NOT my usual route, because I hate turning left at the signal at CofB and GangBanger’s Way (because of the Fucking Train), so I normally backtrack around Robin Hood’s Barn to avoid it. The intersection of CofB & Meth Lover’s is impassible with construction, so you have to drive to 23rd on Gangbanger’s Way, go north to Meth Lover’s, then right on Meth Lover’s and left on 21st. And 21st is jammed with frustrated drivers trying to get around the roadblock at CofB and Meth Lover’s. Wheeeee!

As I cross Local Lane West, I see a Fedex Truck headed in my direction. Hot DAYUM!

I lay on the horn, jump out of the car, and flag him down.

And believe it or not, HE HAS THE COMPUTER and…another believe-it-or-not… he FORKS IT OVER.

Holy mackerel. He swears he’s been here and left a notice.

Check when I get home, and by golly, he’s right: the doorbell button on the gate doesn’t ring. Must have run out of battery juice or gotten wet in the rain and ruint.

But…can you imagine? Actually encountering the guy on the way out of the ‘hood?????? Wow!

As expected, I spent the entire afternoon wrestling with the computer, trying to get it back online. It goes, but it goes slow.

Tomorrow I’ll have to spend half a day wrestling with DropBox, which seemed to be cooperating up to the point where it supposedly synced itself with the newly refurbished (i.e., key tools erased or up-gefucked) machine. After making me jump through a thousand hoops and forcing me to dream up a new goddamn password and seemingly starting the 24-hour process to sync the zillions of gigabytes worth of files I have stored in DropBox’s precincts, hours after the process has started they send me an email with some new numeric code, which they demand that I enter to “finish signing in to DropBox.” But…they don’t tell me WHERE to enter it.

So that process, which should have been about 2/3 done by tomorrow morning, is now stopped, and now I’ll have the pleasure of trying to roust a human at DB (good luck with that!) and trying to get him to explain WTF and where the hell I’m supposed to enter this magical number, and then…yes…it will be another 24 hours before my files are synced. 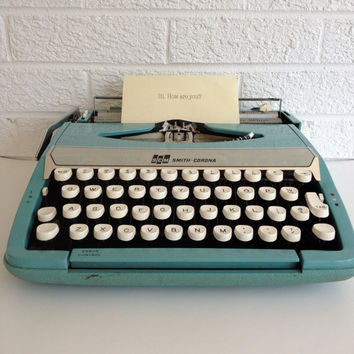