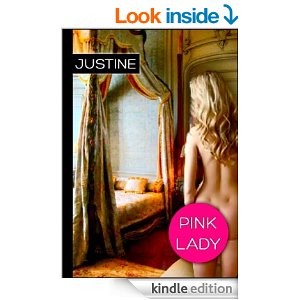 So this weekend a friend threw a party to celebrate the return of her prodigal son. This was good. Even better: a strange conversation that came up, a real eye-popper.

My friend says a man she knows publishes 5000-word pornographic novelettes on Amazon. He tries to upload one a day — about thirty a month. So far he has 265 of these things for sale on Amazon. And…

…hang onto your hats, fellow frugalists…

In 2013, Amazon claimed to purge its offerings of the spicy stuff, but that appears not to have been so: a search of Amazon > Books > erotica brings up this amazing selection (avert your eyes if you’re the nicey-nice type!).

Lordie! There’s a hundred pages of hits! As it were.

FireRider, which is ready to go and has been languishing because my e-book guy is doing essentially nothing for me, would yield 32 installments if it were broken into 5,000-word chunks.

And what should I discover but a vast line-up of FREE Word-to-Kindle converters on the Web. You can use Amazon’s converter, too, which might be more likely to produce something that will work. What if I divided FR into 30 serial installments and mounted one a week or even one a day on Amazon?

I do not need to earn $30,000 a month. To achieve my life’s dream, my heart’s wish — never to read another freshman comp paper as long as I live — could be accomplished with $1200 a month.

At $2 a hit, about what our porn-writing informant says he takes home from Amazon, each of FireRider‘s 32 serial installments would have to sell just 19 times.

That’s a lot, in the world of Amazon. But it’s not impossible.

And now, my friends, the plot thickens:

Considering what I have that I might put online in small pieces, I went in search of the Novel Under the Bed: to wit, a story I wrote in graduate school, when I was trying not to stare at the train wreck I was making of my life by getting a Ph.D. in English literature and history.

And lo, way in the back of a dust-filled garage cabinet, I found the damn thing!

This manuscript, folks, is so old it was generated on a typewriter!

It’s just AWFUL! As a grad student, I could not write to save my life, apparently. However, it opens with a crazy action scene. Its heroine’s co-conspirator is a pimp. One of her mentors is his favorite ho. She falls in love with a gangland leader. And wouldncha know it, she’s a Ph.D. candidate.

Sociology, though. Not English. 😉

Well, I’m thinking it wouldn’t take very much now to pump this thing into a Word file, rewriting on the fly and adding some serious sex scenes, thereby coming up with a bad novel that could be sold on Amazon.

Et voilà! Two bad novels to serialize: FireRider and this other thing, whose title was “Neither Be for Him” (it’ll need something catchier than THAT!). Supposedly it came to 71,500 words, but that’s probably an estimate. Assuming it’s in the ball park, though, we could figure that  serialized in 5000-word increments, it would yield another 14 bookoids. Now we’re up to 46 things to peddle.

When I was teaching at the Great Desert University, one of my little chickadees described her life as a high-end call girl. She was working the resorts in Scottsdale by way of earning her tuition.

At Heavenly Gardens Community College, I met a very interesting young woman who worked as a pole dancer to support her little girl and send herself through school.

At Phoenix Ragazine, the most successful ad space sales agent during my tenure was a brassy broad whose out-of-the-office life can best be described as, uhm, active.

Back at GDU, we had the serial marriers: tenured faculty who would go through one graduate student after another, marrying, divorcing, and marrying again. One guy came back from a research trip supposedly spent in English archives with a new woman in tow. He showed up at the front door of his home with this lady at his side and informed his wife — late one of his graduate students — that she was out and the new kid was in. Literally threw the wife out of the house so he could install the new model.

Oh, and there was the sanctimonious full bull who liked to invite nubiles into his office to kneel and “pray.” No joke.

And the uproar that ensued recently when the president’s office issued an edict to the effect that diddling a student would henceforth be a firing offense…oh, my!

So extreme…in the early 80s, it took running a whorehouse out of your office, staffed by students, to get yourself fired. What is academe coming to?

There’s a lot to write about here. Quite a lot.