Returning home from an aborted trip to the westside (wherever you’re going in lovely Phoenix, ya can’t get there from here!), I found the door to the front courtyard standing wide open.

Gerardo and his crew were here early in the day, but if they’d left it open, I would’ve noticed it on the way out. Park the tank. Walk into the courtyard, check the front door and windows. No sign of breaking and entering. If anyone tried to get in, that hardened drill-proof lock stopped them. Enter through the garage, call the dogs, check the house: no burglars.

Drat! Never any fun around this place! Oh well. 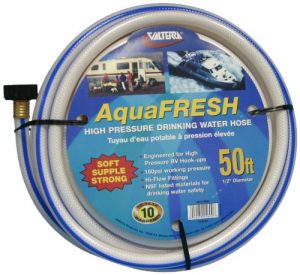 I figured Amazon must have delivered the RV hose I ordered (the Depot has quit carrying them) and a porch pirate probably lifted it. Once ensconced indoors, called up Amazon’s “orders” menu and found the thing is not supposed to arrive before tomorrow.

When I looked at the list of things I’ve ordered from that place, I was amazed at the number of items!

It is just too damn easy to buy stuff on Amazon.

Most of this stuff is “need it” items, not “want it” impulse buys. The hose in the backyard, for example, really needed to be replaced. Then: Birthday present for my son…very convenient not to have to drive across the damn city to get it. Crystal deodorant sticks: can’t buy them locally here anymore, not at Walgreen’s, not at Walmart, not at Target, not at Safeway, not at Costco. Bought enough to last the rest of my lifetime, with any luck. Le Creuset teakettle to replace one whose whistle gave up: no doubt one could get it at Williams-Sonoma, but again: wonderful not to have to do battle with traffic to get it. Three hard-copy books: there are no bookstores here anymore, except for one that sells nothing but detective stories. Bottle of bubble-wrap-free loperamide: not available here at all, anywhere.

True, I did NOT need a lifetime supply of diarrhea pills. But what the heck. Now I can give them away to friends. Or go to Mexico once a week from now until I croak over.

The prices seem to be within reason, and with Prime, Amazon sends them “free” (har har!).

When Amazon announced it was going to jack up the price for Amazon Prime, I was given pause. IMHO a hundred bucks a year is probably too much, since their video offerings can’t hold a proverbial candle to Netflix. Another $20 may be more than I want to pay. On the other hand, if you order a steady stream of stuff that you either can’t buy locally or can’t get without driving to Hell & gone and back again, over the course of a year you probably save that much in postage.

I’ll bet I’ve saved at least $20 in Amazon shipping fees since the first of the year. Probably more than that. But add to that the cost of gasoline, wear & tear on the vehicle, and wasted time driving from pillar to post: then you can be pretty sure that “membership” fee is paying for itself.

What think you? Is Amazon Prime worth the up-front cost?

7 thoughts on “Amazon the Addictive”