Today — Monday — nothing on the calendar. Thank God. With any luck, no lunacy will occur today.

Cassie the Corgi is getting a lot better. She was already throwing off the cough when Second Opinion Vet put her on doxycycline for the urinary tract infection MarvelVet opined was negligible. Whether the antibiotic is making a difference, I couldn’t say…except since she’s been on it, she’s improved markedly. This morning she endured being lifted off the bed without a coughing frenzy. It looks a great deal as though she’s going to recover and also as though the alleged adrenal tumor was something I didn’t want to know about. Or need to know about: at 12 years of age, this dog is going to pass on to her furry fathers pretty soon, and something has to spirit her away. If that’s the something, then that’s just the something, and there’s not much anyone can do about it. 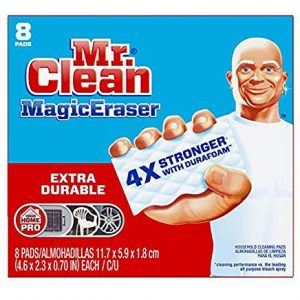 Late last night, I remembered that you can polish grocery-cart scratches off your white car with one of those wall-scrubber sponge things. Duh! Why did I not think of that before? So I ran out to the garage and tested it, and lo! It did rub off some of the lesser “scratches,” which actually are paint from the flatbed. There are a couple of real-life gouges in the bumper’s paint, but most of it is not gouges but black stuff scraped ON to the finish, not scraped into it. It was dark out there last night, of course. Whenever I get my act together this morning, I’ll try this by light of day and an open garage door.

The car is running fine. Its bashed tire is not going flat.

Speaking of flat, I’m flat broke, budgetwise, and the economy, as predicted by a certain skeptic of your acquaintance, is about to go down the tubes. But what the heck…it’s not the first time. 😀

I still do not have a new AMEX card. Looks like the post office once again delivered the mail to Manny’s house: Manny and Josie live one street to the north. Stupidly, our streets bear the same name, and so postal workers and various service persons routinely go to the wrong address. And  Manny will NOT forward misdelivered mail! They just throw it in the garbage, far as I can tell.

So now presumably the garbage scavengers (of which we have a-plenty) have had access to my name, address, and a brand-new AMEX card. 😀 Today I have to call American Express and get them to send me a new one. Again. Meanwhile, I still have no credit card!

Nor do I have a card for my Medigap insurance. Today I’ll have to jump through that set of punch-a-button hoops, too. Together, those will absorb some time and create some more unwelcome aggravation. Oh well.

Speaking of unwelcome aggravation, the alleged squamous cell carcinoma is looking somewhat better today. I suspect Young Dr. Kildare’s pronouncement — that I have skin cancer, not ringworm — was yet another misdiagnosis. It takes about two weeks for the antifungal cream to kick in…and last Friday was the start of Week 2. It may be that not enough time had passed, by the time I saw YDK for the gunk to start to work. Last night I was NOT awakened at three in the morning with frantic itching and burning. And the lesion looks less inflamed than it did. In the “looks” department, I have to say it sure does look a lot more like images of tinea manum (ringworm on the hand) than like images of skin cancer. They are, in some ways, similar. But…well…we shall see.

In exploring the Hypochondriac’s Treasure Chest That Is the Internet, I learned that an outbreak of ringworm can be brought on by prolonged stress, which can weaken your immune system.

That would explain a lot, eh?

And speaking of aggravation, I remain convinced — nay, I’m more and more convinced — that MarvelVet misdiagnosed Cassie grievously — and possibly deliberately. I think this dog picked up whatever bug was going around, the one his staff told me at the outset she probably had and for which they originally prescribed the Temaril-P, which acts as a cough suppressant. I never did learn what that bug was…whether it was viral or bacterial. But its signal characteristic was a cough. Cassie may not have thrown it off as fast as expected because it either progressed to a bacterial infection or started as one.

She was slowly getting better by the time 2Ovet prescribed an antibiotic for what she says is about as bad a UTI as a dog can get. But two days on doxycycline and voilà! The cough has subsided to the point where she no longer hacks and wheezes when lifted off the bed and even sometimes can drink water without choking and wheezing. Doxycycline is a broad-spectrum antibiotic — meaning it acts on the two broad classes of bacteria, gram-positive and gram-negative.  What this means, if my speculation about the cough is correct, is that it would attack the cause of the cough (assuming it’s not viral) as well as the cause of the UTI.

There are some serious risks to broad-spectrum antibiotics. On the other hand, there’s a serious risk to pneumonia, too…

I wish I were not such a damn cynic…but I am. I cannot get past the suspicion that the “misdiagnosis” I sense was deliberate misdiagnosis. MarvelVet’s claim that Cassie’s UTI was negligible and did not need to be treated was just plain false. I saw the results; the numbers were as high as they get. The dog had a serious UTI, and that is why she was bleeding into her pee. He may have realized that treating her with an antibiotic likely would clear up the cough. And that would take me and my dog and my credit card out the door.

Valley fever is a huge profit center. The cost of treating the disease is bracing, and the treatment goes on for a minimum of six months but often for the remainder of the animal’s life…which can be years. One of my friends, who says she’s lost four dogs to Valley fever, said she was spending $300 a month on the drugs. MarvelVet has a link to a compounding pharmacy (a remark he made suggested he owns it or has an interest in it), and so he was giving me a month’s worth of pills for $40. But…either way…just think of that.

MarvelVet has a large, active practice — he is a very busy man, indeed. And one could argue that he’s so busy that of course he makes an occasional mistake with an off-the-cuff diagnosis.And you certainly could figure that 10 cases of Valley fever would be on the low end for that practice.

I’d like to believe this was a mistake. But…man! The money motive is there, in a big way.

As for the adrenal tumor? Well…the dog is 12 years old. She’s not going to get out of this world alive. She’s near the end of her breed’s average life span. It would be surprising if she didn’t have some life-threatening ailment.

Just now, though, she surely isn’t behaving as though her life was threatened. Half of adrenal gland growths are benign. So she does have a 50-50 chance of staying well. At least for awhile.