Am I the only one who’s noticed that Amazon’s prices on a wide range of goods are…well, exorbitant? Surely not…

Okay, admittedly: it’s worth something not to have to traipse around the city to get this, that, and the other doohickey at that, this, and the other separate store. But…is it worth almost TWICE as much?

On the list of purchases to make is a new bottle of Bayer Rose and Flower Care, a granulated systemic fertilizer and disease resister. I’ve developed a flinch reflex about trudging to Home Depot, so this morning thought Ohhh WTF! Why schlep up there when I can have someone else schlep it here?

Hmmmm… That seems a little high, think I. But then… But it’s not cheap and besides I don’t wanna drive way to Hell & gone up to HD. As I’m about to click this little gem into Amazon’s “Cart,” another thought crosses the fevered mind: What IS the Depot selling this stuff for, anyway.

On the other hand: The two-in-one is what is in my garage. The two-in-one works handsomely: all I need it for is to fertilize the roses and maybe, with a little luck, beat back a few aphids. It does that. Why do I need to spend eight or ten bucks more for one extra ingredient? Especially given that if I had my choice I wouldn’t dump any industrial chemicals in my flowerbeds at all?

A second search — this one of the Web, not just of Amazon’s offerings — reveals that Amazon does sell the two-in-one variety: $15.99 for yes, five pounds.

Hm. Driving to Home Depot will not consume $6.00 worth of gasoline. And I have to go up there for some other things, anyway. Soooo…. ????? 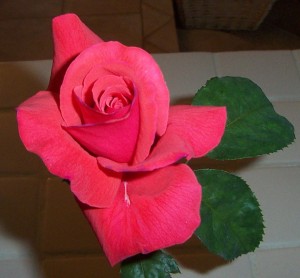