New Year’s is my least favorite holiday. Honestly, I think maybe next year I’ll try to rent a place in Yarnell so I can get the hell out of this zoo!

Last night the plan was to go over to the  WonderAccountants’  for a light dinner and to introduce Ruby the Corgi to Chloe the Cockapoo, who recently came to live with Mr. & Mrs WonderAccountant.

This made for an overall pleasant evening — they’re exceptionally nice people. The neurotic Chloe, still getting used to her new digs, didn’t get on well with the hyperdominant Ruby, but on reflection I think it was a mistake to bring Ruby into the poor little pooch’s new territory. A better way to have introduced them would have been a doggy-walk around the park after the day warmed up.

Back to the house by 9 and wanting to go to bed.

Ruby is terrorized by the firecracker racket, and I have to say, it annoys me too. Last night every nitwit in the city was shooting off fireworks and guns, way on after midnight. And the clowns who have rented Pretty Daughter’s house across the street…honestly, I wish one of their colleagues would come pick those two off. One of the jerks has an unmuffled motorcycle. He got on that thing and revved it up as LOUD AS IT WOULD GO, just ear-splitting even inside the house, and roared up and down the street at 11:00 at night. By the time you could call a cop, he was gone, of course.

It sure as hell was maddening. But it could have been worse…

• A three-year-old was collateral damage from gunfire in lovely West Phoenix/Glendale.

• A guy standing at a bus stop around the corner from the university’s west campus (also in beautiful Glendale) was shot and killed. I was near that spot just the day before yesterday.

• An aged guy ran a signal at the intersection of Gangbanger’s Way and the freeway access road. He died; the 19-year-old passenger was OK, as was the 28-year-old occupant in the other car.

• A passenger in an airport parking shuttle van was killed when a truck ran into the van. Truck driver was drunk.

• Another drunk driver slammed into a power pole but, undaunted, soldiered on to bash nine other cars. Quite an impressive accomplishment!

• A crash at Feeder Street N/S and Virginia (mid-town, a distance south of here) put six people in the hospital, four of them in critical condition.

• Some hiker died on a trail in Tucson; a pair of mountain lions found the corpse and proceeded to dine on it. Caught in the act, the lions were murdered by Arizona Game & Fish.

• A 16-year-old girl died when the intoxicated driver of the vehicle she and five or six other people were riding in clipped another car and lost control. Unrestrained by any encumbrance such as a seatbelt, the girl was ejected from the car and died at the scene. 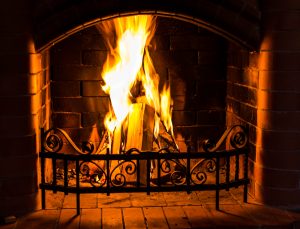 None o’ that stuff allowed!

So…New Year’s Eve here amounts to a night of mayhem, racket, and scofflawing. The city had a no-burn order going, because the air pollution is really bad at this time of year. When I walked in the house after dinner at the neighbors’, the stink of burning firewood was so strong indoors, I thought briefly that the house itself might have a fire going somewhere. So had to go out and inspect the premises, just what I love to do in 40-degree temps. Decided one of the idiot neighbors had a firepit or fireplace going.

Oh, well. Thank goodness it’s only one night a year! 😀