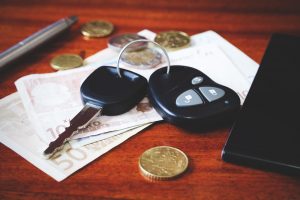 So SDXB’s New Girlfriend (affectionately known as NG)  has a place in beautiful Sun City and a place in Boulder. This summer she sold the big house in Boulder, built by her late husband and herself, to move into a smaller place closer to her son and family. In the process, she experienced some heart palpitations

Sensibly, she goes to a doc to have this checked out. He tells her she has atrial fibrillation, a potentially fatal ailment. So she’s now becalmed in Colorado, jumping through medical hoops.

Fast-forward a few weeks: Her son and DiL have to make a sojourn to Phoenix for some damnfool reason. They wish to borrow her car so they don’t have to rent. But…but…but she can’t remember where she put the keys to the damn car.

She can’t, can’t CAN’T remember where she put them.

So SDXB goes over to the Sun City manse and searches the joint from stem to stern. He even checks every door lock in the house to see if maybe she carelessly left her keys in the door. He performs this exploration not once, not twice, but three times. He can NOT find the keys.

He calls Larry Miller Toyota to find out if he can get a new key made.

In order to make a new Annoying Smart Key, NG herself has to show up there, with the title of the car in hand to prove she actually owns it (!!!!!!!) and with a picture ID to prove she’s who she says she is. And the car has to be at the Toyota dealership. This, as you correctly surmise, entails having to tow the damn car to the dealership!!!! The cost is many, many hundreds of dollah.

I say to SDXB…wait. Waitaminit here! Anderson Lock & Key, the pre-eminent locksmith in the Valley, told me they could copy the key to the hated Venza (the Bell Road crooks didn’t bother to give me two keys…). It would be expensive, but nothing like what Larry Miller proposes to charge.

Yes. Sure. They can make a new key. But yes, it requires the locksmith and his computer to convene at the same place where the becalmed car resides. However, they will send the guy out to Sun City, laptop in hand, to make a new key.

For a fuckin’ car key…