So if we didn’t get hit very hard by the monsoon the night before last, well…. Last night it noticed us. One of those move-away-from-the-windows gales blew through…HO-leee sh!t. The lightning show was spectacular and staccato: flash-flash-flash-flash-flash-flash It went on for I don’t know how long, but eventually the wind delivered hail and then one helluva rainstorm.

The power went out twice for a total of about three hours. As usual, the Internet is still up and down — for reasons impossible to comprehend, Cox’s service invariably crashes when it rains. :-/ They must string their cable on telephone poles.

So most of the debris is now shoveled out of the pool, except for the layer of dust. As soon as the skimmer finishes capturing the last of the palm BBs and piling up the last of the leaves in a corner, it’ll be time for Harvey to go in and vacuum up the dirt.

This will clog the filter, which will mean I may have to backwash today.

Conveniently and inconveniently, today is shock-treatment day, so tomorrow is backwash day anyhow. 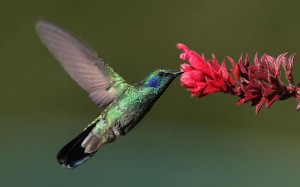 [an Anna’s hummingbird just flew up and almost landed on the Macbook’s monitor! 😀 I’m wearing a pink shirt, so he probably thinks I’m the biggest flower he’s ever seen!]

Where were we? Yes: backwash. Normally one has to backwash after shock-treating, which is a bit of an inconvenience because one has to perform a contraband maneuver that will result in a $2000 fine if one is caught at it. So, one must be…ahem…discreet about it.

Having to backwash before tonight’s dose of hyperchlorination and then probably having to sneak out and do it again tomorrow is going to be a PITA.

Sometimes the pool doesn’t require backwashing after a shock treatment — over the past month or so I’ve only had to jump through that hoop a couple of times. But it’s still overcast and wet as a sauna this morning, which means we’ll likely get another of those storms tonight. So one way or another — chlorine zap or no — I’ll probably have to do it again tomorrow, anyway.

I’m supposed to take some friends to breakfast tomorrow, and that will complicate matters. One would like to get these chores out of the way before the sun comes up. But that ain’t gonna happen tomorrow morning.

Got through half the mark-up for the new index yesterday and hope to finish that chore today — though it’ll consume most of the waking hours.