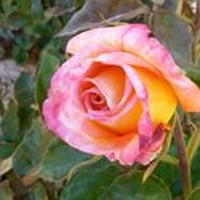 Sometimes it feels like the 21st century is carrying us backward, not forward along the current of time. The covid plague is itself a gigantic throwback to the past, reminding us of the 1918 flu epidemic, of the recurrent waves of Black Plague, of smallpox and tetanus, of typhoid and cholera, all of which were commonplace before Louis Pasteur brought us vaccines and sanitation. Since the contagion arose, I’ve taken up a time-consuming habit of my mother’s, something she was taught to do by way of keeping her family healthy.

I grew up in a God-forsaken American camp in Saudi Arabia. In those days, the Third World was seriously the Third World, and the U.S. hadn’t been “First World” long enough for any such concepts to have taken root in the psyches of my parents and grandparents. The company — Aramco — coached all the women on sanitation practices to protect their families’ health. (Married women were not allowed to work for the company; single women came out as teachers or nurses, but if they married someone they had to quit their jobs.)

My mother had been taught that every single piece of produce had to be washed — thoroughly! — in soap and water. This was because most of the produce sold through the commissary was grown in the Middle East, where at the time agricultural fields were commonly fertilized with human waste. Amoebic dysentery was endemic…and believe me, that was an ailment you did not want to catch.

So that’s exactly what she did: every apple, every orange, every green bean, every whatEVERedible was washed manually. Lettuce and cabbage were soaked in a sinkful of dilute Clorox and then rinsed thoroughly before going into the refrigerator. We couldn’t have strawberries or raspberries or the like, because they couldn’t be sanitized in any rational way. Even a melon had be washed with soap and water: a blade slicing into an unclean melon would smear any pathogens on the skin across the melon’s flesh.

And y’know what? Washing every single piece of produce before it comes into the kitchen is THE biggest PITA that came down the pike. It’s nicely exacerbated by having to squirt every cardboard or plastic package and every tin can with disinfectant and rub it down before it can be busted open. Ugh!

I think of my mother having to do that for every shopping trip over TEN YEARS…that’s how long we lived in the godforsaken place. Good grief.

No wonder she had one (count it, 1) shopping day per week!

That’s about what I’m doing, too: limiting the shopping trips to as few junkets/month as possible.

That was back when America was a “first-world country” because it was one of the only countries in the world that had a USDA and regulations that inflicted some control over the sanitation of groceries sold in stores.

No so, anymore. These days much of our food comes in from countries where farmers can’t read the (English-language) safety instructions on the toxic insecticides and some still fertilize crops with horse manure and human manure. Really, if you were at all fastidious (or in the know about imported produce), you’d dunk all your produce in a sudsy bath of Dawn detergent and water, covid-19 or no covid-19.

Between that and the plague that has brought us a contagion much like the pre-20th-century epidemics of smallpox, typhus, typhoid, cholera, influenza, tetanus, bubonic plague, yellow fever, and — yeah: influenza, it feels like we’re moving backward in time.

Back to the future. God help us.