So: two hours of choir practice completely negates the aggravation brought on by yet another interminable Day from Hell. It’s amazing! I sure do wish I could do more singing. A whole lot more singing. 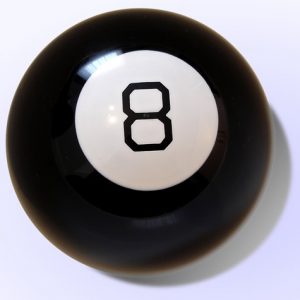 Yet another fun day of fiasco after snafu after fiasco. Just to top things off, the minute I got home and came back to the computer I found messages from WordPress kindly informing me that (at last…) all of my sites have been updated to WordPress 4. This is something I have not been looking forward to, because of course it means a new and probably interminable round of technohassle. This post having been started, it’s still showing in the old format. But I’m sure opening a new post will be a learning experience. And what DO you bet all those scheduled posts I made at Plain & Simple Press, which extend all the way through to the end of freaking 2019, are now conveniently UNscheduled?

Hmmmm…another small blessing: it doesn’t look any different from before. Okay. Good. Moving on.

Yeah, this morning’s early light dawns after an endless night of listening to poor old Cassie gasp for breath, the miserable little beast. She got more sleep than I did, I suspect, because of course she doesn’t have to worry about whether a vet should be invited to put her down or about what will happen if said vet is not so invited. {moan}

Before I have time to fix breakfast, Gerardo calls to say he’s on his way over. Surprise! So: drop everything, fly around picking up the dog shit, dig up enough cash to give him and his cousins a Christmas bonus.

I lose my favorite paring knife, a rather expensive thing that I bought at Williams-Sonoma back in the day when I had a job and enough money to purchase such things. Searching all over the house and yard, of course, does nothing to recover it.

Eventually, of course, it does resurface, like all the things that disappear from sight these days. In your old age, things regularly disappear into the black ink of the Magic Eight-Ball that is your memory. Eventually they reappear…it’s just a matter of time. And aggravation. 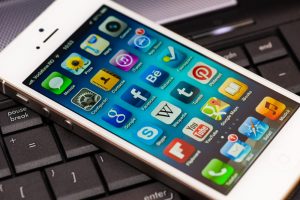 La Bethulia comes over to reclaim the iPhone, which we never could get the Apple people to free from its attachment to her and to Verizon. I hand it over and she demands the charger cable. I point out that I had to buy it and pay for it. She says “No, you didn’t. I gave it to you.”

Well…I could have provided the receipt that shows the contrary… But just decided fuck it! There are some things I do NOT feel like arguing over. So her other friend to whom she wishes to give the phone (good luck with that!) will get a free (surprisingly expensive) cable. Merry Christmas, whoever you are! 😀

Now I need to do some shopping: Invited to a friend’s birthday party on Friday, I decide to get him a bottle of wine at Costco, plus I need a few small things from there. I figure on the way I can stop by the credit union and also pause at the Best Buy near there to inquire about buying an iPhone with prepaid minutes there.

But I also need to buy a jar of some gummy skin cream called Aquaphor, highly recommended by the dermatologist. This, I discovered, helps enormously with the allergy-generated itch one gets around the nose at this time of year. It’s not easy to find, though. Fry’s (a supermarket) had it. way to Hell and gone over on the other side of the city, but  the local Safeway doesn’t carry it.

Cruising across lovely Gangbanger’s way, I’m entertained (heh) by a Police Incident: the cops are trying to shovel some wretched bum out of a bus stop shelter. The poor schmuck has set up housekeeping in there. Seriously: he’s filled up the whole shelter with his camping gear, his stolen grocery cart, and all his worldly goods. The cops are wrestling with him and trying to take his plastic ground cloth away from him.

Ah, the lovely Valley of the Sun.

Knowing that neither Costco nor Safeway carries the desired skin goop, I figure to stop by an Albertson’s down the road from the credit union. This takes me somewhat off course.

No. They do not carry it. Of course not. Pissed, I continue on my way…

At the next destination: the credit union’s computers are down. Staff is standing around looking confused. Fortunately, the system comes back up fairly forthwith. I stand in line interminably while the ONE teller on duty copes with some chatty guy’s business. Finally get up there and ask to withdraw a few bucks. Well, because my son and I cosign on each others’ accounts (so he can access mine when I finally croak over, which sometimes I wish would be sooner than later…), she demanded that I provide a photo ID in addition to my goddamn debit card.

So I had to traipse back out to the car and dig my driver’s license out of its hidey-hole, an annoying nuisance. By the time I get back, someone has got in line ahead of me so now I have to stand in line another ten minutes waiting for her to get done with that one.

Actually, the kid who was standing around doing nothing finally noticed and bade me to come up to his station.

This 30-second transaction completed, I continued on through the lunatic traffic to the Costco.

Understand: it’s 2:00 in the afternoon on a Wednesday, normally the slowest day and time of the week at a Costco. But with Christmas coming upon us, the place was  freaking MOBBED! Jayzus, you never saw so many cars in a single parking lot in your life.

I’ve asked my son what he wants for Christmas. He says “money.”

Not very original: it’s the same smart-ass answer his father used to emit.

So I figure…OK, pal. You want money, that’s what you’ll get. I buy him a $200 cash card. So he can spend it on what he wants for Christmas.

I don’t have anything like enough cash left in my Costco budget to pay for gifts plus the grocery items I needed with my own cash card. So I ask the cashier to rack up the booze and the kid’s Christmas cash card on my debit card and then pay for the rest of the stuff on my cash card. He puts it ALL on my cash card. I explain that I do not have enough on my cash card to cover $225, which is why I asked him to put the kid’s cash and the booze on the debit card. So, with a line behind me extending back halfway to the meat counter, he voids the transaction and does it over again.

How hard was this, after all? Too hard, apparently.

He gives me a little Christmas gift card thingie to put it in. On the way out the door, I insert it in there, figuring to get it to the car more easily and not get it mixed up with my own cash cards, which are now half-empty.

I get about three steps toward the parking lot and realize the goddamn card has FALLEN OUT of this thing! It’s effing GONE. I turn around to pick it up — my feet have not left the sidewalk — and someone has already picked it up and stolen it.

Now I have to turn around, traipse back into the mobbed Costco, find a manager, get him to cancel the brand-new card, and beg him to issue me another one.

This adds another 30 minutes to a fun afternoon.

At this point I realize I’ve forgotten to go to the Best Buy but think screw it! Enough is enough.

Back on the freeway, headed home. And…you just know what’s coming, don’t you?

So I shove my way to the surface street at the first off-ramp, along with everyone else who was alert enough to notice the message.

Naturally, every moron on the road has to get in front of me. Turning back onto Gangbanger’s Way from Conduit of Blight, I can NOT lose the pickup in front of me whose driver appears to be…well…lost. He evidently is listening to his talking GPS and trying the best he can to figure out WTF. Unfortunately for us both, “the best he can” isn’t very good. And naturally he’s going my way. After holding up the traffic on GB Way he turns into the ’hood on the road I need to take. Naturally.

After pondering every inch of the route he’s trying to follow, he finally roams onto a side street, holding me up only another few minutes. Oh well.

Whipped, I decide against cooking more dog food this afternoon. There’s enough left to last until tomorrow morning, so tomorrow afternoon will be consumed with that chore. Instead, I grill some chicken I picked up at Sprouts. Being the free-range stuff, it’s pretty tasty, free of the unpleasant stink characteristic of factory-farmed chicken meat. This, with some pasta and fresh tomato sauce and chard from the garden, sits on my stomach like a rock.

Order the Aquaphor from Amazon. Thirteen bucks, rather more than I wanted to pay.

Now I try to take a brief nap before I have to get up and go back out. Lost cause: Ruby the Corgi is having none of that.

Cassie, in her illness and confusion, has come un-house-trained. But she only crapped on the floor once today, and kindly not while I was out traipsing around the city. So she’s having a relatively good day.

That’s something. I guess.