Well…this is pretty amazing. I’ll tellya…even though I hoped for SOMETHING good, I sure wouldn’t have expected this.

Does she have adrenal cancer? Could be. Couldn’t we all? This is an elderly dog. When you get to be an elderly anything, you do not deny the possibility that something will carry you away. Any day now. And we are not afraid of that, because we know nothing lasts forever and that does not scare us.

That notwithstanding, one bears in mind that 50% of mysterious growths on the mammalian renal gland are benign. So: it could be nothing. If it’s “something,” then that is not surprising and because we are not surprised, we can cope.

So I have a call in to 2ndOvet — second opinion vet, the one who does not altogether buy the Valley fever theory and who said the dog needed to be treated for a urinary tract infection when 1stOvet claimed the test results said otherwise, yes the very 2ndOvet who begged to differ by remarking that the UTI lab numbers came back as high as they can get.

Virtually every drug I’ve given this dog has made the dog sick, including a drug for something that was real (i.e., the observable, testable, provable UTI). Let us recall all that I and many others have had to say about the pernicious influence of Big Pharma on the practice of medicine, and consider the fact that said influence extends to veterinary practice. And then let us consider the effect of inflicting two or three drugs on the pooch.

Of interest, isn’t it?

So. Cassie did not, after all, get driven to the vet’s office to be dispatched to her Maker this morning. As things stand, as of 12:28 in the afternoon of Monday, October 29, it does not appear that she will make any such journey. Indeed, it looks a great deal like she will be helping to stuff small children with candy from the neighbor’s driveway, come the day after tomorrow. 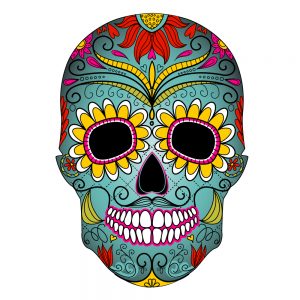