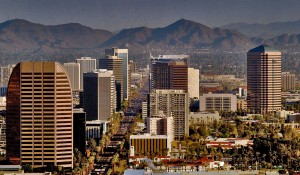 So a couple days ago I was holding forth about the general looney toons of life in the Valley: the school shooters (real and wannabe), the joy of navigating the city streets around the crashes, the cops, and the lunatics, the endless traipses across the Valley, the fruitless search for a shot of covid vaccine, the ways the city has changed and the persistence of fancy prisons for old folks, the amusingly lurid murders, the daily outbursts of gunfire, the fine self-destructing mobile homes (right up the street from the Funny Farm!), the big business that is the local drug industry,.

♦ This happened right around the corner from where my friend Shannon and her family live.
I pass by this garden spot every time I drive up to the Fry’s or the Paradise Valley Costco.
♦ This: one off-ramp up the freeway from my westside Costco hangout.
♦ This fine institution is about six blocks north of Gangbanger’s Way: you could walk there from here.
♦ This also: right up the road, not far from Shannon’s place.
♦ Here, too: you could walk to this place from DXH’s house; and I can walk from my house to DXH’s without much trouble.
♦ This one occurred right around the corner and up the road from the university: also within reasonable walking distance of ASU West.
♦ This: in a hiking area not far from my favorite Fry’s grocery store and upscale Costco

And…and…as I turn these matters around in my mind, I find myself wondering why on earth do I stay in this place???

Why don’t I pack up the house and the dog and myself and take off for parts quieter, if not damn near unknown?

Well, the main reason is my son. M’hijito has said repeatedly that he doesn’t want me to move. Not out of the city…not out of my (very sweet) house. I suspect the real reason is that he hopes to inherit this house.

And that’s a reasonable desire. It’s a delightful house, very pretty, in a friendly, comfortable neighborhood (albeit surrounded by drug slums), centrally located, close to where his dad lives, close to where some of his friends live. Why would he NOT want me to hang onto this place so he can unload his un-insulatable house and walk into a larger, nicer home in a (slightly) safer neighborhood?

I do love this house, and I also love my neighborhood, with its lush irrigated lawns, its district of million-dollar shacks, its shady groves of mature trees, its large and open park. I think what I could do without is something that plagues ALL of the city of Phoenix. The crime and the drug use and the widespread lunacy make you feel unsafe no matter what part of town you live in. Given that as a basic fact, I would be very sad to leave the Funny Farm and the Hood behind.

Where on earth would I go? 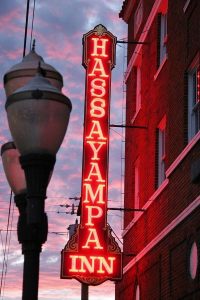 Well…away from lovely Latter-Day L.A.? Here in the state, there’s Prescott, a historic small city favored by the upper-middle-class and the intellectual set. It’s cooler than Phoenix in the summer, though it does get a bit crisp in winter. Prices used to be much higher than Phoenix, but what with the Late Great Real Estate Inflation here in the Valley, they’re about the same for roughly comparable places. Crime rates there aren’t too awful…certainly not like Phoenix‘s.

Oro Valley: a suburb of Tucson favored by aging millenials. Tucson has a nationally respected hospital, a reasonably vibrant cultural life, pretty fair weather, and a major airport to carry you elsewhere as desired. It’s modestly scenic, tucked up against a small mountain range; a short drive into Mexico, and not much of a drive up to Phoenix. The crime rate is middling…at least you wouldn’t risk your life every time you took the dog out for an evening stroll. Probably.

Fountain Hills, right here in the Valley: a quiet, staid development on the highway up to Payson. It’s right next to the Mayo, so the whole trek-across-the-city-to-see-a-decent-doctor conundrum would be mooted. Crime rate there is nothing special: not high, but not rock-bottom low, either. Fountain Hills has two huge disadvantages, though, where I’m concerned: First is the cheap, cheesy construction. The houses, whether “custom” or not, are uniformly tracty and uniformly stick-and-Styrofoam flimsy junk. They appear not to have been intended for for people who live here year-round; apparently the builders expected the place would appeal mostly to snowbirds. And it’s not as quiet as it looks: it’s right under the flight path for jets coming in and out of Sky Harbor! Apparently the natives bellyache constantly (and fruitlessly) about the racket. 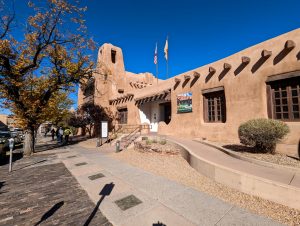 Picturesque, arty and interesting Santa Fe is very expensive. It’s beautiful and the weather’s awesome and it has a real cultural life, but… Most humans can’t afford a real adobe house. And so about 90% of those adobe-look homes are actually stick-and-Styrofoam shacks, same as the ones in Fountain Hills (and waypoints). Tarrying there one summer for a conference, I happened to chat with a woman who had moved to Santa Fe from New York, imagining she would get away from the Big Apple’s famed violence and crime. Neighborhood Scout ranks Santa Fe as 9th on a scale where 100 is safest. Lovely!

So….it’s hard to picture where one could go that would be any better than what I’ve got. One or two venues might be safer or less hectic, but they’d have other drawbacks.

Wherever you’re goin’, you can’t get there from here…

2 thoughts on “Crazier and Crazier”