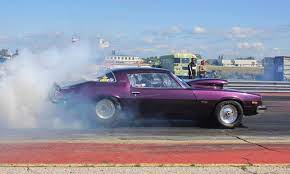 So in my last post, I described my effort to enlist our elected city councilpersons to bring a stop to the (LOUD!!) late-night drag-racing on Conduit of Blight and Gangbanger’s Way, the main drags to the north and to the west of the ‘Hood.

I sent the same message, by email, to District 3 and District 5 councilindividuals, since Gangbanger’s Way runs east/west through both of those sylvan neighborhoods.

From one of these worthies, I heard nothing.

From the other, I heard a whinge to the effect that the city just doesn’t have enough funding to pay the cops to ride herd on drag racing. Or much of anything else.

Yeah. She actually said that.

Apparently, the one who had nothing to say was the one who realized actions speak louder than words.

Along about 10:30 or 11 p.m. last night, once again up rose the ROOOOAAAAAR from the impromptu race track. I was reading. Figure that eventually I would have to cover my head with a pillow in an effort to get to sleep…which would as usual be a forlorn effort.

I continued to fiddle with whatever was amusing me…and…

About 15 or 20 minutes later, all of a sudden the race-track roar STOPPED!

Is it possible that the one who didn’t bother to respond to my grutch instead used his energy to browbeat the policia?

I waited for the festivities to resume.

A miracle of silence!

But if the racket does resume, the correspondence from the ‘Hood will resume.