Summer is tentatively turning its golden-locked head toward fall. Nights are growing longer, days shorter, and the other day’s violent storm knocked the temps down a few degrees. As I scribble, it’s only 98 out here on the side deck, just fine for breakfast, coffee, and computerized time-wasting.

You think I jest? Yes, it is “only” 98, by comparison balmy with recent days whose mornings have started out at 102. It’s a little drier than it was the other day, too: Wunderground pegs the humidity at a mere 38%, as nothing compared to yesterday’s 64%. 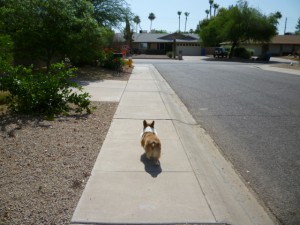 Ruby-Doo and I got a late start on the morning’s trek — didn’t leave the house till 6 a.m. But to my surprise, we hardly ran into any other dog walkers: only three dogs in a good two-mile perambulation. Which is like…the Twilight Zone, where you wake up one day and discover you’re the only person in the whole town.

What explains this Great Absence? I figure it’s Labor Day: this is the last big three-day weekend of the summer, and anyone who has the means flees the city for one last fling in the cool(er) high country. If you can take off Friday — which lots of people can — you wangle a four-day weekend. And if you work for a government office? Well!

At Arizona Highways — which is run by the Arizona Department of Transportation, making everyone there a state employee — we used to store up our vacation days so they would straddle a three-day weekend. So, for example, my boss would take four days off right after Labor Day, giving himself a week, and two weekends away from the office: (saturday.sunday.monday.tuesday.wednesday.thursday.friday.saturday.sunday) nine days off for the price of four vacation days.

Ultimately, this was remunerative, because the State of Arizona was required to pay you for unused vacation time when you retired. There was a (very generous) limit to the number of days you were allowed to stash for this purpose, but you can be sure that by the end of any given fiscal year my boss was always maxed in that department. 🙂

Didn’t do me much good, because my husband was in private practice and was expected to…oh, you know…show up to work? That kind of unreasonable demand. However, I still got enough vacation days to take off on the junkets he liked to indulge himself in: Hawaii and waypoints.

At any rate, whatever the reason, it was mighty quiet out there between 6 and 7 this a.m. 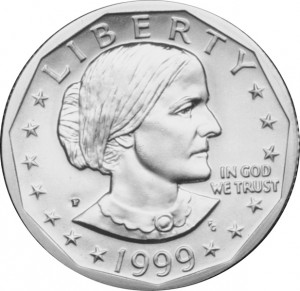 In the lengthening shadows of (financial) winter department, I discussed the current budgetary horror show with WonderAccountant. She pointed out that because I never owe any taxes and I get a large refund every year, it’s unnecessary for me to have the feds withhold income tax from Social Security. Cancel that! said she.

After some fiddling around on the Internet, though, I finally found a form online. ONE LINE in an entire page of bureaucratic fill-in-the-blanks allows for a “Do not withhold” request. Checking the box and signing at the bottom requires fiddling around with downloading and then printing the form: duly done. then the page suggests you can either mail the form to a Social Security office or drive to an office near you and submit it in person.

So I figured I’d drive up to the SS office in Paradise Valley today and drop this thing off.

Now the plan is to drive this over to the post office, stand in line there (almost as interminably, but surely not for one to three hours), and send it Return Receipt Requested. What a nuisance!

Well. The $300 a month that SS is now extracting from my paycheck will re-fund the empty Emergency Savings account, thereby taking up some of the slack.

That will still leave an $8870 shortfall, per annum.

But, noted WonderAccountant, now that we’ve converted The Copyeditor’s Desk from an S-corp to a sole proprietorship (and paid last year’s taxes!), I can take money out of that without tax consequences.

Ten grand is an awful lot of amateur novels and Chinese scientific treatises.

Truth to tell, the amateur novelists are paying one helluva lot more than the Chinese scientists. This is because a budding author’s draft magnum opus typically runs upwards of 30,000 words. At 4 cents a word, that’s $1,200. Or more. Usually more. The last two authors who hired me paid over $3,000 apiece. But even at only $1,200, that’s…what?  Three amateur novels would yield $3600, leaving a mere $6,400 in the shortfall. This would require about 20 Chinese scholarly articles to cover.

And that ain’t a-gonna happen. It might be workable if I could extract $3,000+ from every wannabe novelist. That is the going rate – 4 cents a word – if you look it up on the Net and you believe what other editors publish on their websites.  To make enough to generate at least 10 grand a year, then, I’d need to land three or four budding Herman Melvilles. Or Isaac Asimovs…most of them dream of writing science fiction.

The only way I could make that happen would be to really hustle the editing bidness. This would mean showing up at every local club of wannabe writers in the Valley — and showing up regularly. And handing out professionally written and laid-out marketing junk at every meeting. It has to be said that the last two novels I picked up came from members of the West Valley writer’s group.

That outfit meets in Tolleson, almost an hour’s jaunt from my house. It’s a horrible drive, and then you have to sit through three hours of palaver. The members are very nice and a delight to socialize with. But because nothing very useful — for my purposes — is said, it feels like an aching waste of my time. Especially if I have paying work in-house.

If I’m having to go to four or five such groups’ meetings, we could be talking about 12 to 15 hours a month of achingly boring time suck…plus drive time. I cringe! Surely there must be a better way??????