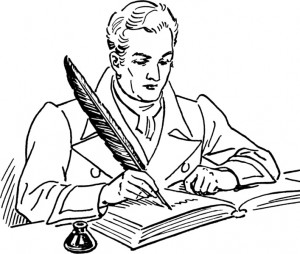 “Every writer needs an editor” is our slogan over at The Copyeditor’s Desk. How true it is! Fortunately for this writer, longtime journalist and MSN Smart Spending ringmaster Karen Datko keeps a sharp eye on the antics at Funny about Money.

She points out, in the virtual equivalent to standing in the middle of the newsroom, waving a piece of misbegotten copy in the air, and hollering who wrote this?, a number of shortcomings in my recent rant about the tax increases proposed by the Phoenix city council and the governor of Arizona. Directing my attention to this report and also to this, she notes that the “temporary” tax the state hopes to faze past taxpayers amounts not to 3 percent (!) but to 1 (count it, ONE) percent.

That notwithstanding, even if the bloated figure I inserted in my post had been right, my English-major math left something to be desired. Whereas the fictional 3 percent added to the existing 8.3 percent tax presently holding good in Phoenix does indeed add up to 11.3 percent, in the first place 11.3% + 2% = 13% (2% being the proposed 2 percent city tax), not 15.3 percent. And in the second place, the proposed 2 percent city tax would apply to food only. So the tax on food would not be 11.3% (charged on all nonfood items) + 1% + 2%; it would be just 2 percent.

Since most grocery store, Costco, Walmart, and Target runs include a variety of household items, calculating the total tax bill on a shopping trip would be pretty complex. It would consist of 11.3 percent on nonfood items, which could comprise some or even all of your purchases, plus 2 percent and only 2 percent on the food items. In any event, there’s no way the total could come anywhere near 15.3 percent.

Any way you look at it, though, sales taxes most certainly are on their way up. And a sales tax on food is as about as regressive as you can get.