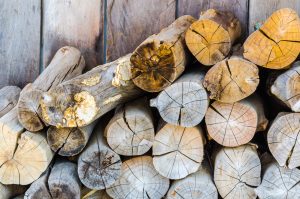 Or part of it, anyway. One of my choir friends, a feisty Minnesotan for whom winter would be nothing without some wood snapping and crackling in the fireplace, has had her eye on the piles of firewood SDXB left in my backyard. It has sat out here for the 14 years since he moved to Sun City (sorry, no: no fireplaces in Sun City!), and I have wished it gone most of that time. So I was delighted when she came over yesterday and loaded almost half of it into her vehicle and carted it off.

Even more delighted were we both to find no sign of termites in the stuff! It’s just been sitting out here on the ground, and frankly since Arizona is the Home of the Termite, I just assumed it was full of the little gals. But no! Nary a bug. My neighbor Terri lives in fear of bugs in general, so I imagine her exterminator has been laying down a strip of spray along her side of the wall where the wood has been stacked. It probably seeped under the wood by capillary action.

I’d dearly love to give her the rest of it, and indeed would cheerfully pay Gerardo to haul it over to her place. But she seemed to think she was carrying away enough to fill the space available.

😉 A wood-burning fireplace or stove is dandy…when it’s in someone else’s house. My shack does have a fireplace, and when I moved in I thought hot diggety. SDXB used to fire up his and keep it fired up all winter — he dearly loves sitting in front of a fireplace. And yes, I know: no-burn days. Right. People who are determined will use their fireplaces anyway…and really, last I heard there were only two fireplace cops in the entire county (which is larger than Los Angeles County). The only way they’re going to catch you is if some neighbor complains, which would require the county employee to show up at night or on a weekend. Fat chance!

But personally, I do not at all care for the way the fireplace stinks up the entire house. Le parfum de combustion really isn’t to my taste. And even more not to my taste? The chore of having to clean out the damn fireplace. What a job!

So one day I had a chimney sweep come over, clean out the chimney thoroughly, put a bird screen over the top, and then closed up the damper and have never used it again. Never missed it, either.

It’s never cold enough here for one to feel that nothing will do but an open fireplace. A space heater works a lot better for the purpose, anyway. The smoke from hundreds and thousands of (illegal) fireplaces does pour the smog into the air — the Valley sits under a temperature inversion during most of the winter. And so it’s kinda nice to feel politically correct while freeing oneself from a lot of hauling, chopping, and cleaning hassle.