Yipes! It’s 10:30 at night and I’ve written exactly nothing at Funny! 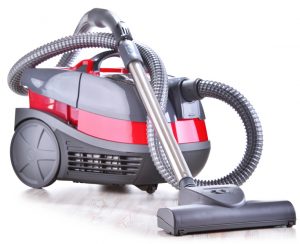 Truth to tell, though, the house can keep one busy, if one were inclined to take care of it properly. I laid off WonderCleaningLady at the start of the Corvid scare, and so she hasn’t been around for a couple of weeks. And you could tell: the dog hair was ankle-deep.

So I broke out the vacuum cleaner and filled up its dirt holder twice with poochie puffs. You never saw so much dog hair in your life!

To complicate matters, the penicillin the endodontist prescribed for the endless post procedure caused my hair to fall out. Fortunately, I have plenty of it. Because plenty was on the floor…whence it ended up wound tight around the vacuum’s beater bar. Took some doing — and a pair of needle-nose pliers — to prize that out.

Swiffered up after the vacuuming expedition; then mopped the kitchen floor. Scrubbed the dog paths off the hallway walls. While at it, cleaned the baseboards in the bathroom, where Satan and Proserpine replaced the builder’s dust-resistant, easy-to-keep clean bullnose baseboards with something that looks sort of like crown molding. The worst dust-catcher you’ve ever seen…what on EARTH could they have been thinking? Cleaned the bathrooms. Sorta cleaned the kitchen (it doesn’t get very dirty when most of what you cook is grilled outside!). Fixed an awesome meal of scallops, spinach, tomatoes & tomato sauce (with lots of garlic, o’course) over tagliatelle. Drank half a bottle of wine.

Waited until after dark to walk the dog.

Yes. After dark is the perfect time for a doggy-walk! We ran into only one (1) human with only one (1) dog in an entire mile of trotting along. Hooo-ray! It’s a lovely evening, even if, yes, one could do without the cop helicopter. Mostly he was over Meth Central, though…by the time he came our way, he’d turned off his spotlight, apparently headed back to the heliport.

Otherwise spent most of the day cruising the Net. Gavin Newsom expects FIFTY-SIX PERCENT of California’s population will have come down with the coronavirus in the next six or eight weeks. Meanwhile that idiot in the White House keeps sniping at governors who ask for federal assistance, and his nitwit followers dream up conspiracy theories about his medical advisor, the only one in the whole bunch who can utter an accurate statement. In other (brown…) fields, our moron Sleaze-in-Chief is using the Covid-19 epidemic as an excuse to suspend environmental laws! And also meanwhile, the CDC supposedly came out with a recommendation that all Americans should wear face masks (contravening earlier advice that they do little or nothing to stop you from catching the disease) while medical workers who need face masks are struggling with a shortage…but now denies they said that. Oh, and a tornado blasted an Arkansas town.