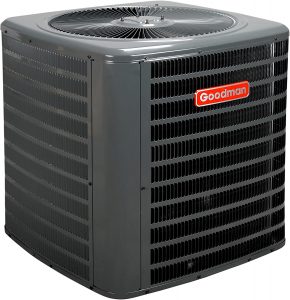 We’re supposed to see 114 degrees on Saturday. But what the heck…this is only Tuesday. 😀

Doesn’t make much difference, though. Once you’re over 110, it’s all pretty much the same: hotter than the hubs of Hades.

SDXB is in Denver with New Girlfriend, where they’re having a good time in relatively cool (heh) surroundings. From there he’s headed up to Oregon to hang out with his sister & brother-in-law. He’d planned to come back here briefly, to check the house and restock the suitcases, I guess. I suggested he forego the side trip and go directly up to the Pacific Northwest, which I hope has cooled down a bit.

The air conditioner on Sally’s house, behind me, where the young couple moved in when she betook herself to an old-folkerie, is on the fritz. It’s making a loud scraping and growling sound, such a racket you can’t stay out in the yard for long. You actually can hear it inside my house, if you’re listening for it.

The kids  are pretending nothing is wrong with the AC unit, as it groans, rattles, grinds, and squeaks through every moment it runs.

Sally and I bought these units at the same time, after a hailstorm blew through and knocked out every air conditioner in the neighborhood. We both bought the same brand from a nearby, well established HVAC firm: a Goodman model with a 10-year no-questions-asked warranty.

Unfortunately, the warranty on these units has now expired. This suggests, of course, that after ten years one can expect the unit itself to expire. Which is what one suspects is going over there.

At any rate, the damn thing is so loud you can hear it inside my house. I hesitate to complain…don’t want to stir up bad blood with these already kinda touchy neighbors.

They’re right-wing fundamentalists who believe God told them to produce four children, which they duly did: pop-pop-pop-pop. The kids are great — I love the sound of children playing and carrying on. But the parents have their strange moments.

He tries to work on that AC unit himself. These units need to be serviced once a year (better: twice, spring & fall) to maximize their life span. But apparently a lot of folks here don’t know that, or else are unwilling to pay a workman unless the unit is actually busted.

If the thing craps out in this weather, they’ll either have to put the kids up with friends or relatives or else rent a motel room.

Man! It’s one thing to be hot and miserable yourself for a couple of days and nights, but to have four little kids screaming and whining in the heat…torture! For everyone concerned.

And if they wait until it breaks to get it fixed, that’ll cost them an unnecessarily pretty penny.

Heh! Y’know, you can’t tell people stuff like this. I guess it’s the kind of thing you have to learn from the School of Hard Knocks….a particularly expensive educational institute.

2 thoughts on “Hotter’n the Hubs…”