As you know, my dear friends from church have moved into the Beatitudes, one of those old-folkeries presently dubbed “life-care communities,” where you take up residence in an apartment, eat in the institution’s chow line, get first dibs on space in the nursing home should you need it, and are generally watched and entertained 24/7. Sorta like a prison for old people. Or a rabbit warren.

Yeah. Freedom’s just another word for….

Not that I don’t understand where Mrs. Friend was coming from in deciding that they would make this move: they’re both in their mid-90s, Mr. F has fallen three times, he has glaucoma that soon will render him pretty much blind, and he has serious heart problems. She has a bad hip and is now too old to get it replaced, meaning she’s in pain all the time. And they had a bat-sh!t crazy neighbor who was bound and determined that they would not use the common walkway between their houses to roll out the weekly trash pickup. Even though most of the exterior work was covered by the HOA and most of the housekeeping was done by a cleaning lady, taking care of the house was getting to be a bit much. 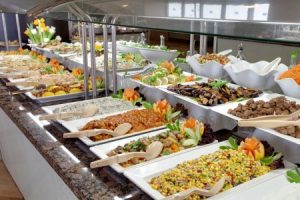 Yesterday we all went out for lunch with Connie the Long-Haul Trucker. Mr. F ordered a bowl of chili, apparently something he orders with some frequency at the Institute. Along it comes. When he sees it, he remarks, “This bowl contains three times as much chili as we get at the Bistro” — which is what the old-folkerie calls one of its three chow lines. We eat and yak and carry on. Some time later, we’re about to settle up for the lunch, and he remarks again, “I got a lot more chili, and the quality is far better than the Bistro’s. And the meal was cheaper than what we’re paying.”

Mr. F is not a whiny guy…he’s a retired nuclear engineer with a lot of common sense. I’ll tell you, I was unimpressed with the quality of the Bistro’s food, myself. They had me over for breakfast…not my favorite restaurant meal, since I can’t eat eggs and I don’t care for cereal and I detest pancakes with sweet gooey gunk slopped over them. So I order an alleged “Belgian waffle.” Out comes a little waffle-shaped thing, about four or five inches in diameter, no powdered sugar on it. Looks like one of those things that you take out of a box and pop into a toaster.

I asked for extra butter (because lots of butter is the only way to gag down pancakes and waffles made from a mix, if you dislike syrup), and they brought me four or five tiny individually wrapped packets. The waffle thing wasn’t hot enough to melt the butter — would’ve done better to have ordered a couple pieces of toast. But more to the point: on the way out I realized my mouth was puckered-up parched, so salty was this fake waffle.

Ugh. Four years of bad student union food at the University of Arizona was enough for me. I sure don’t want to spend my dotage eating that junk.

This is the trouble with institutional life: it’s not life.

For three to seven grand a month, they could provide you with decent food. REALLY decent food. And more to the point, what the hell are they doing, serving up packaged foodoid that is so oversalted it leaves your mouth puckered up half the day to freaking old folks, most of whom presumably have cardiac issues?

Yesterday afternoon I started calculating how on earth I can stay in my house until I croak over… Checking out a price comparison, it seems to me that even if you have to hire a 24-hour caregiver, it may be cheaper to stay in your home than to move into a storage bin for the elderly.

One person told me the Friends are paying 7 grand a month to stay in the cramped two-bedroom apartment they’ve landed in. The house wasn’t large, but it was one helluva lot more comfortable than four small rooms and a kitchenette. Actually three rooms: the dining and living rooms are separated by a sort of partition that doesn’t quite make them separate spaces. 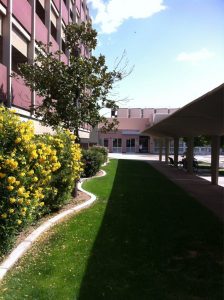 The Beatitudes works hard to keep its rates off the Internet. One site says the place charges 5 grand a month…but that’s for a studio or one-bedroom apartment. For one person. So $7,000 for the two of them in a two-bedroom suite is probably about right.

Even hiring someone to come in and take care of them 24/7 in their house would not have cost $7,000/month. Even if it did, they’d still be in their home.

The Institute gave them each one of those electronic dog tags to wear around the neck, to summon help if they fall or have a heart attack. But forgodsake! You can get those for free at Amazon. The best of them, which summon the EMTs or police as needed and come with a lockbox for emergency workers to retrieve the house keys, have a subscription rate that’s only about $20 or $30 a month…again, a far cry from 7 grand.

That’s 7 grand a month plus all the return on the sale of your house: they had to pay ALL that they netted on the house sale to buy into the place. They got about 360 thou, from what I can tell.

I figure that if, like me, you have nursing home insurance (one reason to buy into the place is that you’re guaranteed a bed in the nursing home, when the time comes), all of your living expenses and all the services they’re getting would run you around $2292 to $2323 a month if you stayed in your home: 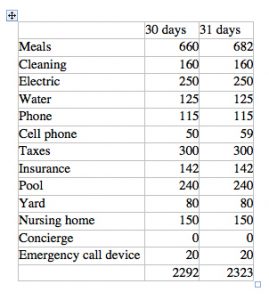 They didn’t have a pool at their house…nor did they care to use one. So knock $240 a month off those totals for a person who lives pool-free. 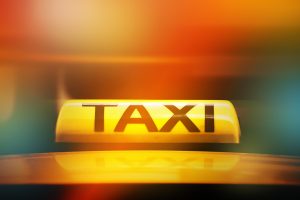 As for transportation: they’ve kept the car, even though driving has become a challenge for them. But let’s say you used taxis or Uber to get around. Everything they needed was very close to where they lived. If they were like me, they could keep the driving junkets to one every two or three days.

Take the cost of your vehicle (about 28 grand. paid in cash) and prorate it plus the taxes, insurance, and routine care over 12 or 15 years: you get a monthly cost of $797 to $836. With that bracing calculation in mind (it doesn’t even include gas!), judicious use of taxicabs would be significantly cheaper. Let us say that on the low end they actually are paying $5,000/month to live in the warehouse. Five grand would buy you one helluva lot of taxi rides!

If a typical taxi trip cost you $50, that would be a hundred rides per month! If you went out twice a day (!!), the junketing would run you $3,000/month, significantly less than the rent at the old-folkerie; if you even went out once a day (which would be about three times more often, on average, than I drive anywhere), at $50 a trip it would cost you $1500 a month. While that’s more than owning and driving your own car, it’s a far cry from living in that place, where the transportation is a shuttle-style jitney ride to the doctor’s office or a grocery store. A-n-n-d…$827 a month to own and operate your own car — which doesn’t include gasoline) — is not that much less than $1500 a month for chauffeured rides…I spend about $60 a month on gasoline, which would bring the total to around $887 a month. And I think that’s pretty conservative. It assumes you paid for the car in cash — if you didn’t, your monthly cost would be a great deal more than the proposed taxi rides.

With grocery stores and Amazon now delivering orders, including whole ready-too-cook meals of fresh food, I think you could stay in your home and live better — and no less safely — for a lot less than it would cost to institutionalize yourself.

Got a thought? Am I nuts?