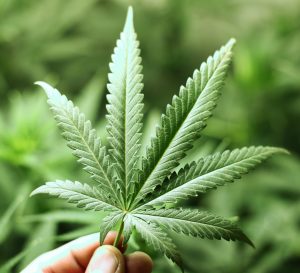 Well, that was an interesting experience.

VickyC, her son D, and I made a run on the marijuana dispensary that has sprung up in the Lowe’s parking lot, just down the road from the Great Desert University’s west campus. Though I’ve been in a number of stores in the hippy-dippy mode, I’ve never visited a real, dyed-in-the-wool, hard-core head shop. Man!

They had that place zipped up, down, backward and forward with security. As soon as you walk in the door, they grab your driver’s license and enter all its details into their computer. You do have the option of refusing to give them your phone number, but that is it. Also, these outfits take cash only. No paper trail as to who bought what, when…

The customers, all of them male, looked like normal enough persons. No hippy-dippy aspirations to “style” — they looked mostly like ordinary office workers. But they all spoke the jargon, which is extensive enough that when those for whom it is mutually intelligible take up the subject of cannabis they sound a lot like they’re speaking a foreign language.

We each got a potted…uhm, pot plant. They were not cheap: $20 or $30 apiece. However, VickyC estimates you get about $100 worth of the product off of a single plant. So…it will be interesting to see how that works out.

As we were driving around, our fellow homicidal drivers, a.k.a. The Morons, were out in force. On the way back toward the ’Hood, one fruitcake on a motorcycle swerved into D’s lane right on his front bumper. The clown missed being churned into clown butter by about eight inches. THEN…he did it again!!!!! After Dustin laid on the horn…

Another guy, this one in a car (at least he had some armor around him) also damn near hit us. He was smoking up as he drove, clearly stoned out of his head. Lovely.

Both these incidents occurred on Conduit of Blight Blvd, a fine thoroughfare to avoid at all costs.

At any rate, the little plant, which apparently belongs to a variety called “Banana,” is still in its pot, sitting on the side deck. The wind was really wailing when we got back here, and I didn’t much feel like wrestling with potting soil and water and whatnot in a gale. By sunset, the weather had settled some, but I still didn’t much feel like potting the thing and trying to figure out where to put it. Today…well…

This morning bright & early I have to traipse out to the Mayo…a return visit to the orthopod. Not happy about this: I’m really not feeling at all well…the pain, I guess, is just wearing me down. And I expect a major, MAJOR hassle. Getting parked out there with all the ongoing construction is a gawdawful headache. That’s after driving way to hell and gone up there, which as you can imagine from my description of yesterday’s road antics, is never a fun experience.

The shoulder hurts all the time, and I’m extraordinarily tired of hurting all the time. The joint is now mostly pretty mobile…if you call a stab of pain when you reach your arm up to comb  your hair or take a coffee cup out of a cabinet “mobility.”

To complicate matters, La Maya is in town and wants to get together for lunch. I very much doubt if I’ll be back here much before noon…or even by noon. So just now we’re circling round and round about that. {sigh}

But if she’s here and wanting to trot out to some restaurant, it will delay the pot potting escapade that much more.

Heh heh…I have had exactly nothing to say to my son about said escapade. You may be sure that when he sees that thing in the yard, he will have a sh!t-f!t of Olympean proportions… Conveniently, Gerardo showed up here earlier in the day, so I won’t have to listen to his commentary on my criminal career for at least another month. 😀