Ever feel like the dopiest little things make you feel as gratified as the occasional major triumph? Maybe more so? 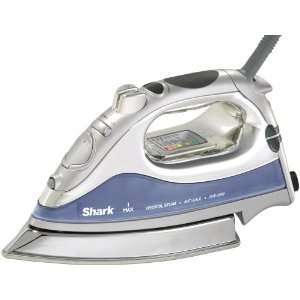 Thanks to Costco’s bargains, I live in jeans. Hardly ever wear anything else. For years, I’ve pressed these fine garments every time they were washed. Because…well…because. Not until a young fellow choir member gasped, as she was climbing behind me up the stairs to the loft, “You iron your jeans??” did it strike me that this was weird behavior. They’re cotton. They wrinkle when you wash them. They’re tacky. They look less tacky when they’re pressed. So I press them.

Admittedly, though, it’s a bit of a tedious job.

Tiring of tedious jobs and feeling liberated by her surprise at the very thought of ironed jeans, over time I quietly gave up pressing denim. Nobody seemed to notice.

Nobody but me, that is…

This evening as I lifted three pairs of jeans off the rack by the washer by way of hauling back to the closet, I reflected that these things just look scruffy! I hate unironed jeans. It also occurred to me that the other three pair I’d just pulled out of the washer and hung up to dry would probably dry looking pressed if I ironed them right that minute, while they were wet. Hmmm…

Looked like that would work. Sooo…while the iron was hot, out came the rest of the baggy jeans from the closet. By the time Rachel Maddow had finished holding forth, I’d ironed ten pairs of jeans, each with nice straight creases running up the legs.

Speaking of Costco, by yesterday the Venza was about out of gas. So along about mid-morning I capitulated and traipsed down to the store by the Bum’s Park, which often has the cheapest gas in town.

That, as you might guess, means it has the longest lines in town. {cringe!} Saturday morning: I expected to sit there and sit there and sit there. But resigned myself to that fate, because I’d kept the gasoline wolf from the door a few days earlier by buying a couple gallons from the rapacious QT up by the canal and did not wish to endure another emergency rip-off so soon.

So it was down to the Costco. Long line turning left off Bethany Home onto 15th…and of course every car turned right onto Montebello, headed for the store’s entrance. One guy cruised straight on through the intersection behind the store. Gone! But another guy crossed into the intersection from the left, coming from the rather dire apartments that border Bum’s Park.

But WHOA! He didn’t glide into the gas station’s lot — a miracle. He just proceeded straight for the parking lot. The truck right in front of me, though, did dodge into the station. How many gallons does a pickup hold? Eighty?? 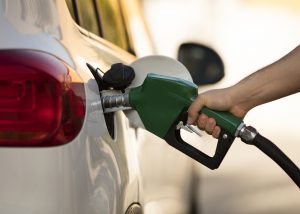 Mirabilis! The guy didn’t realize or didn’t care that Costco’s gas tank hoses are extra-long, so that you don’t have to park your vehicle with the gas tank lid next to the pump to fill up. Poor guy plodded over to join a line that would put his gas tank as close to the pump as possible. A long line.

And then another miracle: here’s a pair of pumps with only one car parked in their lane. And the woman hogging both pumps has just put the pump handle back, collected her receipt, and climbed into her car. I nuzzle up behind her. She dawdles but eventually starts her engine and putters away. HOLY mackerel! I’ve gotten to a pump in a matter of seconds! And without anyone barging in front of me to cut me off.

So I got in there and out in just a few minutes, rather than the 10 or 15 minutes I expected. A-N-N-N-D…I paid 22 cents a gallon less than the QT charged!

Doesn’t take much to make some people’s day, does it? 😀