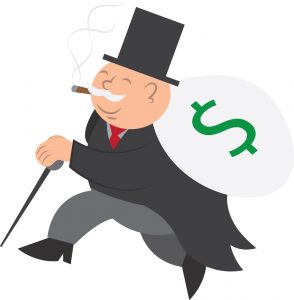 Over the years, Funny about Money has wandered away from its original subject: at the outset and for the first half or more of its lifetime, it was a personal-finance blog. A good 98 percent of what I wrote about had to do with money.

But there are only so many ways you can say “get a decent education; get a job; get out of debt and stay out of debt; live frugally; build retirement savings; invest savings; build an emergency fund; live on a budget.” After you’ve said those a million times, you tire.

Okay, admittedly: the story about saving money by washing your clothes without laundry detergent — that one was pretty good. Actually got me in the national media. And the one about using olive oil to condition your hair: all-time favorite, got a zillion views before anyone ever heard of “social media.” But still…. How many wacksh!t penny-pinching ideas can one person come up with? 😀

So Funny has evolved away from “personal finance” toward plain old “personal.” It has become a kind of online journal, a five-finger exercise to start a writing or editing day.

Yesterday as I began downloading posts by way of back-up — don’tcha just know this new “Gutenberg” thing WordPress is about to foist on us will erase a LOT of archived content! — this fact floated into consciousness: really, I should write more about money matters. 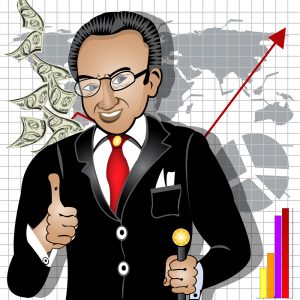 These days money seems to me much tangled in politics. Unless you’re describing ways to mix up home-made laundry detergent, you cannot talk about money without some political inflection. And given the political place our country has taken itself, that is a tedious subject.

Interestingly, The Economist’s columnist “Bagehot” holds forth this week about the glum mood of Britons. In doing so, he exactly describes the political and economic mood in the U.S. “It is hard to look at British politics these days without worrying that this is a country in decline…. Today Britain is a shadow of its former self: inward-looking and anxiety-ridden, stagnant and expensive, split down the middle and fearful of the future…. Productivity growth has been nugatory. Real wages have been falling for a decade. A growing population is trapped in a cut-throat gig economy. The next generation fears that it will be worse off than the baby-boomers.”

Where have we seen that of late?

Bagehot speculates that “Most of Britain’s problems are internally generated….” But I would suggest that what he describes reflects an international dysphoria. It’s not just the Brits who sense that we’re cruising toward Hell on a skateboard. This fear — these falling wages, these “side gigs” that are no longer opportunistic schemes to supplement our salaries but now form many citizens’ only source of income, these obscene medical and health insurance bills, this junk merchandise imported from countries where workers earn 90 cents a day, that college tuition that straps a graduate to an entire lifetime of debt, this sense that our children and their children will never live as well as we have, this spreading drug addiction, these people sleeping on the sidewalks and begging on the street corners, this prison population that is the largest in the world — this fear has brought us the likes of Donald Trump. 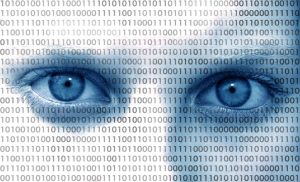 Those megacorporations have been quietly taking over the running not only of our country but of every country in the so-called “developed” world for at least a generation. When you have companies that can observe your every move (did you know that Google tracks you everywhere you carry your smartphone?) and record your every word and block you from public forums if you say things the company decides it doesn’t like and manipulate your choices of everything from the food on your plate to the reading material on your tablet, what you have is a kind of shadow government.

That shadow government has nothing to do with the truths we hold to be self-evident. It has everything to do with maximizing profit and with controlling the sheeple who pay into the profit. It is, IMHO, one of the reasons we have seen our public schools dumbed down into the sub-basement: when young adults know nothing of history and civics and literature and jurisprudence and ethics, they can easily be tricked into voting for interests that actively operate against their welfare.

So…we Yanks suffer from financial and political angst, same as the Brits do? You bet.

When private corporations own your country — and, for that matter, the world — you do not tell them what to do. They tell you what to do. They control you through your pocketbook, and they control you through the products and services they allow you to access. They choke off representation of the people — unions are crushed, monopoly replaces competition, education is degraded, productive leadership is replaced with circuses, class differences are aggravated, schism is fostered, hatred and hostility replace discourse.

These are not accidents, my friends.