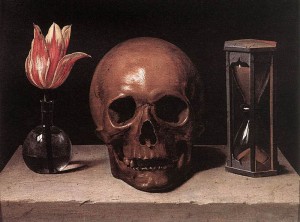 So another attention-getting life-shaker just happened. M’hijito called to report that his dad was going in for an angioplasty Thursday evening. Forthwith, though, they decided he needed a quadruple bypass and scheduled him into an operating room the first crack out of the box Friday.

Needless to say, my son was (and remains) alarmed. To say nothing about how ex-DH and his present wife must be feeling. Apparently the surgery went well. But it’s disturbing. Very disturbing.

For one thing, no one expected XDH ever to be anything other than extremely long-lived and healthy. His mother is still living—she’s pushing 100, and the only physical issues she has are macular degeneration that has made her blind and a lifelong hearing problem that has left her stone deaf. Her father lived to the age of 96, quite well all the way to the end. XDH is only 72, same age as SDXB, who underwent the same experience a couple of years ago. Whether XDH recovers as quickly and as completely remains to be seen: he’s nowhere near as fit as SDXB—never has been a fan of strenuous exercise—but he sure does enjoy good food and wine. And he has some pesty ailments that do not afflict SDXB, two of them potentially life-threatening over the long haul.

We are nearing the end of our journey, we who are on the leading edge of the baby boom. Most bypass veterans survive at least five years; the 15-year survival rate is about 55 percent. That, of course, means 45 percent reach the end before then.

And y’know…the perspective from here sure is different from what it was, even five or ten years ago!

Yesterday I shocked a few readers by proposing to spend an outrageous amount on some overpriced dishes. And by admitting this was a want, not a need…but still persisting in a plan to diddle away money on the junk, anyway.

It’s an apparent about-face, of course. This scheme contradicts everything I’ve advocated at Funny about Money. But it’s a manifestation of a new line of thinking that’s been ticking away in the back of my mind ever since that Mayo doc suggested that the current bellyache could very well be a symptom of a cancer that will carry me away in about six months. Should it really be that.

As I was driving away from that meeting, a haunting thought came to mind, one I haven’t been able to shove back under the rug:

I am making myself miserable trying to preserve capital so that I can support myself during some future time when I expect to be miserable.

Over and over, the same question returns: WTF am I doing????? Making myself miserable so I can be miserable? What is that? 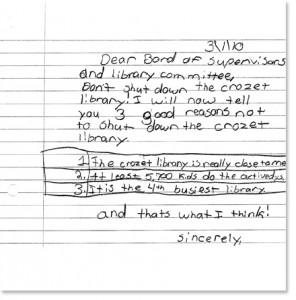 I hate teaching freshman comp with every fiber of my being. After I’d taught two sections a semester (just two sections!) for about four years in graduate school, I walked away with the Ph.D. in hand and this vow in my heart: “I will go on welfare before I ever teach composition again.”

And now here I am, approaching the end of my life, and I am on welfare—collecting Social Security. And I’m spending these last few reasonably viable years doing just that: teaching freshman comp.

I loathe it more than I can express. It’s such a waste of time and energy, such a pointless exercise, and so intensely frustrating that it makes you feel every moment you spend on it is simply wasted. And wasted in ways that are not fun. This is not playing World of Warcraft here. It’s not diddling away your time in front of a movie screen. It’s far from playing with New Yorker jigsaw puzzles. It is hard goddamn work, and it is stupefyingly underpaid.

• The students have been over all this ground many, many times. We misapprehend when we assume they can’t write a simple sentence or a coherent paragraph, and they can’t formulate a topic for a diddly little 750-word essay because they were never taught this stuff. Trust me: they have been told this stuff. Time and time again. Among the fine young nimrods who couldn’t even begin to come up with a focused idea for the next 102 essay were two students who have been in my 101 classes…and I know I taught the 101s how to focus an essay topic. You wanna know something? If they haven’t learned this grade-school stuff after thirteen years of K-12 education, they are never going to learn it. It is an utter waste of their time to make them spend another year going over the same old stuff they’ve ignored all their lives.

• The instructor spends hour after hour, many of them unpaid hours, devising original and engaging strategies to instill grade-school knowledge and skills into young adults, to no avail. Many more hours are pointlessly spent reading, commenting upon, and assessing piles of student papers equivalent in mass to Proust’s A la recherche du temps perdu. All of that person’s time, all of that person’s effort, and all of that person’s creativity are just wasted.

So why am I doing this?

Because I’m scared? I am. I’m scared unto paralysis by the prospect of living to advanced old age, utterly alone, and not having enough to provide even halfway decent dotage care for myself.

But of course, there’s no guarantee—or even great likelihood—that I will live into decrepitude. None at all.

The real reason I live like an anchorite, trying to scrabble together enough to barely live on so that I can avoid drawing down a very modest 4 percent of retirement savings, is that I’m in the habit of crimping my life for no other reason than to admire the bottom line in a spreadsheet.

I allow my life to be constrained to the point of entropy because I don’t want to spend any of my precious dollars. And yes: I am making myself miserable at a joke of a “job” (which is what adjunct teaching is: a cruel, exploitive joke) so that I can live on something well under $30,000 a year so that I won’t have to spend any part of $550,000 sitting in brokerage accounts and mutual funds, which are merrily averaging 6 percent to 8 percent per annum. For chrissake, the big IRA earned ten grand last month! That’s well over half, in one month, of what I earn in an entire year of making myself miserable in the classroom.

This returns us to that question: WTF am I doing?

Maybe I abuse the whole idea of money. Maybe my ex- is right: Money is to be spent. Not admired.

Hence, dear readers, the impulse to spend a little something on myself. On a want, not a need.

Yesterday, more or less in response to Remy’s and Frugal Scholar’s and Mrs. POP’s surprised comments, this whole train of thought came into sharper focus for me. And I realized: I have simply got to stop teaching composition. As endeavors go, it is just too crushing. It’s interfering with my life and blocking me from being able to build a business that I actually do like and that does not feel futile.

Well, the train of thought continues.

About 18 months ago, a friend in a business group suggested, with a straight face, that I quit teaching altogether for a year or at least for a semester and spend all the time thereby rescued on developing and marketing my editorial enterprise. Naturally, I smiled; murmured sure, sure; and went on about my misbegotten business. I was dead certain that I couldn’t earn enough at editing and ghostwriting alone to make put food on the table.

Recent developments, however, suggest that is no longer true. With a very minimal amount of marketing, a small but steady stream of commerce has come our way.

If I were not distracted with teaching—if I were not preoccupied with wasting the remaining hours of my life—but instead spent those hours on making my business visible to the kinds of people who would hire us and on persuading said people that they need us more than they need whole-wheat bread and sex, we would have more work than Tina and I could handle together. I don’t think that’s a “maybe.” I think that’s an “absolutely so.”

But even if it were a “maybe,” the truth is, at what we’ve learned is the fair rate for our services, I would not have to work anything like full time to earn enough to make up for the absence of teaching income.

Let’s say, for example, I keep the magazine writing courses, which are easy to prep, easy to teach, relatively low in enrollment, and mounted 100 percent online. I dump the spring and fall comp courses. And during the summer, when more skilled and motivated students show up, I teach one composition section. In that scenario, assuming blog income stays steady and my one regular customer keeps paying me to read detective novels(!), I would have to earn only $700 a month to make up the loss of the composition income.

A single customer routinely gives us more work than that.

And does it or does it not bring us back to the eternal question: WTF am I doing?

Before the end of this semester (only 13 weeks to go!), I am going to tell my honored chair that I would like to keep the magazine writing course but drop the spring comp courses. And I will ask him if he would be kind enough to allow me to teach one or maybe two comp sections in the summer. Then I’m going to work on building The Copyeditor’s Desk:

• Attend at least two CofC meetings a month.
• Take full advantage of all the Chamber’s many marketing and advertising opportunities.
• Volunteer with charitable groups that are favored by the local movers & shakers. Get to know these folks.
• Join the Better Business Bureau.
• Join Local Arizona, a coalition of locally owned businesses.
• Start an advertising & PR campaign.
• Step up the communication with former clients.
• Approach major textbook publishers for project management contracts.
• Approach genre publishers in an attempt to get more of them to pay us to read light fiction.

And if that doesn’t generate seven hundred bucks a month? Welp…$700 a month is 2 percent of retirement savings. Somehow I think I can afford it.

Somehow, I think I can afford to have a life.

37 thoughts on “Life Is Short. Eternity Is Long.”