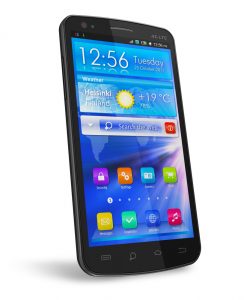 Total disconnect from the Internet is extremely weird. Truly: a bizarre experience.

It occurred to me, as I stumbled back into the house after getting home from the Mayo, that it has been years – yea, verily, many years – since I arrived in the Connected Universe. My home (and, by extension, my business) has not been offline in at least two decades. Maybe three. And not being able to get online? Feels like half my life has come to a dead stop. Which, I suppose, it has.

As I was trudging home from the Mayo through yesterday’s gawdawful rush-hour traffic, the mind wandered.

I need to look up CT scans. The doc’s nurse-practitioner had ordered a CT scan, in hopes of confirming or deconfirming her theory that what ails me is not allergies but a full-blown sinus infection.

Sinus infection. None of the quacks nor the dentist have suggested that one. I need to look up “sinus inf….” Uhm…well…no.

Gotta call my son and ask h… Well. no.

I wonder if the phone in the back bedroom is actually connected to the damn Internet, or if by chance it’s plugged into a real, actual land line? …Well. no.

Crap! If I slip and fall or…or…or if anything happens to me, I will have NO WAY to call for help. Retrieve the emergency inscrutable cell phone from the car; place in jeans pocket.

Has that bastard Moore won in Alabama? Did a miracle happen and drive the state’s wacksh!t bigots to vote him down? No way to know until I get to the Little Guy’s place tomorrow…and that will have to wait until after I schlep the puppy to the vet and bring her back home.

WAHHH! How can I live without watching the news?

If I wasted my time only on Ella’s Backstory, how much could I get done before Cox restores me to my former ersatz reality?

How much could we Americans, as a people, get done if we did not pass our time in ersatz reality?

They haven’t laid the blacktop in the alley yet. Possibly if they delay a day or two, the Cox guy, who is supposed to show up this afternoon, will get the lines for the wireless connection relaid.

Possibly not, too: the backhoe operator knocked over the telecomm company’s cable device in the alley, so that presumably will have to be replaced. On what time schedule is anyone’s guess.

Also anyone’s guess: who’s going to pay for this?

Cox will try its best to sock it to me: that’s their standard operating practice. If they make me pay to reconnect a line that THEY fucked up by not installing it properly, I am switching the land lines over to VoIP and buying an annoying cell phone. I’ve probably put off being leashed to a cell as long as I can – these days when you tell people you don’t have a cell phone, they give you a blank look. It’s so unthinkable, they don’t even understand what you’re saying.

Problem is, I can’t afford another monthly bill. Especially not one that’s likely to run around $130. I’m already almost out of money, with nine months to go before the next drawdown. My house is freezing, because the only way I can pay the outrageous air conditioning bills in the summer is to leave the heat off in the winter. There really aren’t a lot of other ways to economize, at this point. I do not travel, I do not go to movies, I do not go to sporting events, I rarely buy clothes, I buy makeup in the drugstore, I do not get my hair done at a salon, and I’ve quit buying food at Costco. There really are no other ways to cut corners, other than to get rid of the dogs.

That would save about $50 a month. Plus the usual Big Hits from the dogs. This morning, for example, I have to schlep Ruby to the vet: now she has a rotten tooth and is getting an abscess. Pulling Cassie’s abscessed tooth cost over $900. Now we get a replay of that disaster!**

And the City has put me out of business. With my computers offline, I’m screwed: all my business is done online. I have no idea whether my clients are trying to get in touch with me, and will not know until I can get to a coffee house with connectivity. I can’t pay my bills. I can’t retrieve clients’ payments from PayPal.

I’ll have to drop by the Little Guy’s place on GangBanger Way, on the way home from the vet. What I’m supposed to do with Ruby whilst answering email in the parking-lot café outside the Little Guy’s escapes me.

Fortunately, it’s wintertime. I can leave her in the car for awhile. But not for very long. Plus I have to be back here by 1 p.m. It’s an hour’s drive between my house and the vet (everything is an hour’s drive in Phoenix’s nightmare traffic). If I get out of there by 10:15 (this assumes he sees me on time and doesn’t consume more than a half-hour of my time), it will be 11:15 by the time I get to the coffee house. That will leave maybe an hour and a half to catch up with the email, cope with whatever headaches arise there, post these blog maunderings, and read the news.

But not so much, really: Cassie rolled out of the sack at 5 this morning with diarrhea. I can’t leave her outside – it’s cold and she’s not used to that, and besides the racket from all that heavy equipment will terrorize her. If I leave her indoors for more than an hour or so, I’ll have an unholy mess to come home to. Scrubbing up doggy diarrhea off the floors is really not what I want to do with an already unhappy day.

If I race home, drop off Ruby, let Cassie out, and then race back up to the coffee house to attend to business, I may not get back here in time to contend with the Cox guy, who is supposed to show up between 1 and 3.

** The good news (for a change) is that the bump on Ruby’s schnozz is NOT an abscess, even though her left carnassial fang is encased in tartar. She needs her teeth cleaned, which ain’t cheap. But at least it won’t set me back another $900.

2 thoughts on “Lost in Space”