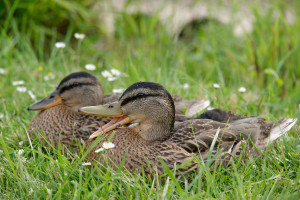 A few months ago, I bought a bottle of melatonin — a supposed sleep aid — at a local Walgreen’s. But after hearing the pharmacist, who seemed to be a certifiable moron, natter on and absurdly on about how it’s…oooooo!!!! homeoPATHic!!!, I figured it was a quack nostrum and didn’t bother to try it.

But lately I’ve become pretty desperate for sleep. So decided to try it, on the theory that it couldn’t do any more harm than a steady routine of four-hour nights.

The main ingredient in it is vitamin B-6, not in enough quantity to do you any harm unless maybe if you swallowed a whole bottle of the stuff…or rather, not unless you take it every day for a significant period. B-6 is neurotoxic, and the effects of overdose are irreversible. Neuropathy develops at around 200 milligrams; the smallest reported toxic doses have been 24 to 40 mg. These things contain 10 mg, so obviously you wouldn’t want to be dropping it if you were taking a regular vitamin supplement. But I don’t. There’s no evidence that vitamin B-6 treats insomnia, or much else of whatever ails you. It isn’t well regulated, because it’s not a prescription drug — what you see on the bottle’s label may not be what you get. But probably it’s not harmful in short doses over a short period.

Nor is there any evidence that melatonin effectively treats sleep disorders. But apparently it can help reset your system to synchronize with a normal circadian rhythm — i.e., cause you to sleep between dusk and dawn, instead of waking up at 3 or 4 a.m. It also apparently helps your blood pressure.

Well. I can tell you: there’s nothing like the endless frustration of insomnia to jack up your blood pressure. So if it actually keeps you asleep until 5:00 a.m. or so, that alone would help bring the old-fart blood pressure numbers into the reasonable range.

Anyway, there’s some evidence that the stuff helps the elderly to stay asleep until dawn. So, in desperation, last night about 10 p.m. I dropped a pill containing 5 mg — two to five times the recommended dose.

Normally by 6 o’clock, I’ve fed and walked the dogs, fixed coffee, had breakfast, read the news, answered the email, cleaned the pool, taken a swim, watered the outdoor plants, and at least started a blog post or a client’s project.

Not only that, but contrary to published warnings, I’m not at all sleepy this morning. Benadryl, the only other thing that has ever helped me to stay asleep more than four or five hours, leaves me in a haze until noon the following day. It’s really unsafe to drive in that state, and I feel awful until the damn stuff wears off.

Mine falls into the last category, which would be OK if it were practical to go to bed at 8 p.m. However, a 14-hour work day tends to militate against that… Last night I sent a finished project back to a Chinese mathematician and forthwith he sent me three more papers! AUGGH!

At any rate, summer is beginning to slip away — it’s 8:30 in the morning and still livable out here on the back porch, for the first time in weeks. When winter comes in, it’ll stay dark longer, and then the dogs and I will sleep longer naturally.

But wouldn’t it be marvelous if this nostrum actually did reset your internal clock so you’d stay asleep until dawn? Have you had any experience with the stuff?