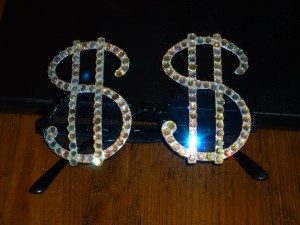 So, in a recrudescence of my chronic Bag Lady Syndrome, of late I’ve given myself over to obsessing about whether last year’s Required Minimum Drawdown will, when combined with monthly Social Security payments, support me until September.

In 2018 it decidedly did not. The supposed 12 months’ worth drawn down in September 2017 ran out in July, so we had to accelerate my government-mandated impoverishment by 1/6 of the annual supposed budget by withdrawing an extra two months’ worth of living expenses.

God being ever on my side, as we know Her to be, in April I extracted a munificent tax refund from the Feds — having agreed to let Social Security withhold. Four grand!

WonderAccountant, abhorred, advised that I should cancel the tax withholding from Social Security. Luckily, though, I have neither the patience nor the technological savvy to figure out how to do that, so the gummint is still pocketing a slab of my SS income. And that turns out, interestingly, to be a gooooood thing.

As you might guess, Social Security is not what anyone would call a munificent amount to live on. If you’re skilled at living on welfare, you could probably make it. Otherwise you’ll have the gummint send your benefits to your camp under the Seventh Avenue Overpass. But enough comes in from the annual Required Minimum Drawdown from life savings that I can make it through a year by living modestly, month to month. Soooo…that means whatever gets glommed by the IRS and then returned in June or so is…well..yeah… FOUND MONEY!

What it really amounts to is a kind of savings account. It forces you not to spend a proportion of your income, thereby leaving you with a de facto emergency savings account.

And that’s how it will be used this year: Almost all of the four grand will go to extract the damaged tooth, bolt in a post, and attach a decorative, tooth-like cap. While I’m not pleased with having to give away the entire little windfall, I’m surely QUITE pleased with not having to pay that fee out of a poorly endowed cash flow.

This year, as it develops, I’ve been living pretty conservatively, my life contracting as my collection of years expands.

Today I was playing with Excel (when I should have been working for the client, yes, that is true…). Figured out that exclusive of clothing, utilities, insurance, and assorted such nuisances, I’m spending about $1180 a month. Social Security comes to about $1250 a month, but that comes nowhere near covering the bills, over the course of a year.

As a practical matter, base expenses come to around $1580 a month. So in theory there should be plenty to live on, when the RMD is taken into account. But as we know, that spread leaves decidedly NOT enough to live on. There’s the pool repairs. And the routine dentist bills, not even including the exotic endodondistry. The vet bills. The car maintenance bills. And the vet bills. And the increase in the hated Cox bill, for exactly nothing. And the funny little rip-off Cox has added to its bills without telling anyone, and that they take off when you call them up, jump through the goddamn punch-a-button hoops to reach a human, and ask WTF!?!? The plumbing bill. And let us not forget that even Costco’s jeans eventually will wear out and need to be replaced.