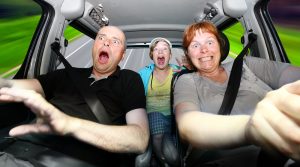 So…yesterday I schlepped out to Tolleson, a far-flung suburb of shiny new elbow-to-elbow styrofoam-and-stucco housing tracts, to attend a meeting of the West Valley Writer’s Workshop.

This is a pretty good group, as hobbyist groups go, because its members are not all rank amateurs: Gale Leach, Ellen Buikema, Dharma Kelleher, Laura Kirwan, and this amazing guy whose name I don’t recall but who made himself a national name with his personal narrative/science book on the heart-lung transplant he managed to survive — all of these redoutable people and then some are very bright and competent writers with skills at a professional level. 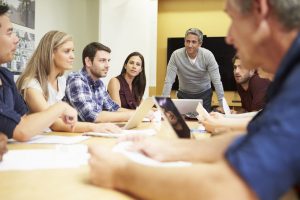 I haven’t attended for several months, because — truth to tell — I’ve developed such an aversion to driving in the Valley’s homicidal traffic that I haven’t been able to force myself to make the traipse. It’s an hour’s drive each way, unless you’re willing to drive on the freeway, in which case the drive (one-way) is 40 minutes. But I will no longer drive on the I-10, period: it’s just too damn dangerous. That highway is utterly unpatrolled. The only time you see a cop down there is when he’s cleaning up a wreck. Of which there are a-plenty. I’ve been cruising across that freeway at 80 mph and had people pass me like I was going 45. And half the drivers around here are either yapping on the phone or intoxicated on booze or drugs. Or stupidity: one could come to believe stupidity is itself an intoxicant.

BUT…. But one of my current clients was a direct referral from Gale. This is a guy who did not even blink at my present per-word rate…something for which I was exceptionally grateful when the China Trade collapsed around my ears. I now have two book authors as clients, each of whom is paying enough to keep baby in shoes for awhile. So I figure I should trick out a flyer (done!), print out about 40 of  ’em (done!), staple my business cards to the things (done!), and schlep them over there today to hand out to the eager wannabe writer masses.

Bob, the passionately dedicated guy who runs the thing, has no objection to shameless marketing, so when I arrive, I put a flyer at each seat along the assembled desks. This is good. I guess. Maybe.

Yeah, but none of the usual suspects are there! Well, except for Bob, who emcees. Not only are none of the named talents present, neither are any of the other budding but highly creditable lights!

In their absence, this get-together devolves into a meeting of a more typical wannabe writer’s club: a lot of folks who have no idea what they’re doing advising other people who have no idea about what to do.

Don’t believe me? Think I’m too cynical? Okay, get this: one guy wanted to know how he could copyright his name, lest someone steal his by-line!

These meetings go on for three hours: noon to 3:00 p.m. Along about 1:30, I begin to wonder if there’s some way I can slip out unnoticed. Not a chance, of course. There’s not even a bathroom break that I could use to claim I have appendicitis and must away to the emergency room.

Finally, a little early (ten minutes to three), the meeting breaks up, and I fly out the door. Speaking of the which, it takes a full hour door-to-door to get back to the Funny Farm.

Was traipsing across the city to hand out 15 or 20 flyers worth the time and effort? Highly dubious. If you figure my hourly rate at right around $60 — which I think is about right — schlepping out there, sitting around, and schlepping back home cost me three hundred dollars! While it was indeed lovely to meet new people and excellent to see the redoubtable Bob in action again, I very much doubt that the five hours sunk into this effort will return that much in earnings.