Is it some law of Nature that you can never, ever have a dull moment? Newton’s Third Law of Disequilibrium, maybe? 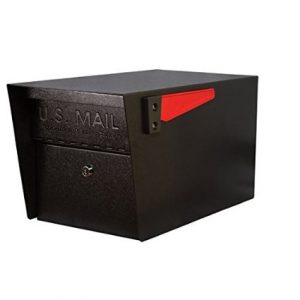 So I have this mailbox made by an outfit called MailBoss, which I installed while we were having a rash of mail thefts here in the ’Hood. This monster is the Fort Knox of the mailbox world. It is freaking impossible to break into. When you buy it, they give you two (count’em, 2) keys for it. And the instructions explicitly state, in words of one syllable, that you’d bloody well better not lose the keys because they cannot be replaced AND there’s no way in Hell you or anyone else will be able to break into the locked mailbox.

I thought I had lost one of the keys. I keep one hanging from a nail inside the front security door, which itself is pretty impermeable. The other, to my knowledge as of about 10:00 this morning, was…well…disappeared. So I went this morning to take the surviving key to my killer locksmith over in Glendale, a guy who no doubt ranks among the top Killer Locksmiths on the planet. I doubted he could copy it, but figured it was worth asking. The worst he could do would be to laugh and say “noooo way!”

But y’know…it was hot…it was humid…i was tired…i did not feel like schlepping to the gas station and then driving from pillar to post…so decided to belay that errand for a day or two. So, turn around, come back and hang the key back in its place.

This afternoon when I went to find it? GONE.

The spare key in the drawer (I thought)? NOT THERE.

This elicited a high panic of epic proportions. Dammit, I thought I was gonna have a heart attack!

After much frantic searching — like 30 or 40 panicky minutes — I finally found found the spare key. A-n-n-n-d after I stopped hyperventilating, eventually found the other key, too.

I figured I was going to have to order a new mailbox. The thing is SOOOO HEAVY it takes three men and a horse to install it…and now we would be asking the three men and the horse to UNinstall one of the monsters and put a new one in. Good luck with that! And in the meantime, I’d have to drive to the post office to pick up my mail every day!!

Honest to God, I do not know when I’ve ever been so upset.

And now as the sun settles toward the west, storm clouds are blowing in. Got the camp lantern out, as we almost surely will lose power sometime between now and midnight. Let’s hope that holds off until after it starts to rain, which will cut the heat to about 80 degrees. It’s already dropped to about 100. How…refreshing!