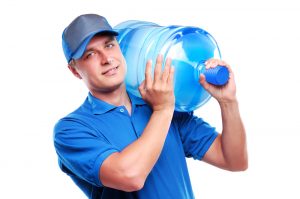 Okay, so here’s my latest quack nostrum: a glass of water.

I’m sitting here the other evening contemplating how bad the hide looks. The arms are not just freckled with potentially precarcinomish sunspots, but the skin is sagging and crepe-papery and realllly ugleee. So…what else? I go online and google how you can treat sagging wrinkly old-person skin.

What comes up, right off the bat, is the suggestion — repeated at various sites and debunked at others — that wrinkling can be caused by dehydration. That’s not of the “smear hand cream on your hide” variety but of the “drink water” variety.

Hmmmm… Whether guzzling water plumps up your wrinkles and erases years from your aged arms or whether it does…well, nothing, the fact struck me that I hardly ever drink water anymore.

What do I drink?

Caffeine is dehydrating, so if there’s any truth to the tale that you need ample water for good skin health, then the coffee and the iced tea might be described as counterproductive. So, one might expect, would alcohol, in whatever form you choose to imbibe.

Sooo…what is considered “enough” water? For a woman, it’s ELEVEN CUPS a day. For a man: 15 cups (of the eight-ounce measuring-cup variety).

On a lark, though, I decided I’d try drinking that much (water, I mean…) just to see what happens. So measured out 11 cups into a clear glass water pitcher and stashed it in the fridge, planning to pour a glassful every few hours. This would allow me to see how much water I’ve consumed at any given time of day and sorta keep “on schedule,” trying to get through half of it by mid-day and the rest by around 8 p.m.

Soooo…. I tried it. The strategy, such as it is, added about three quarts of water to the usual ration of about 3 cups of French press coffee and one or two glasses of wine or beer per day.

And…holy mackerel! What a difference! First off, along about 9 p.m. the first day, it occurred to me that I felt better than normal. Second, on inspection, even on the first evening, the hide looked noticeably better. And third, that night I did not wake up at three in the morning.

Well, okay, the latter may be coincidence. But the decrepit hide issue? It’s getting better every day. Where the skin on my arms was kinda hanging loose in the inimitable manner of Old Age, it’s firmed up and is not sagging or looking pathologically wrinkled near as bad.

A glass of tap water: cheapest med you can buy, eh?

As I may have mentioned a while back, a friend showed up at the Funny Farm bearing a small vial of CBD cream. CBD is a now-legal (amazingly, in crazy-conservative Arizona) derivative of the marijuana plant; commercially, it comes in the form of an oil, a cream, or a waxy salve. The spot where the latest actinic keratosis had been frozen off the back of my left hand still hurt, even though it was ostensibly healed. So, without thinking about it, I slapped a dab of this stuff on it.

Then thought…uh oh! That was dumb!

And then thought…holy mackerel!!!! This WORKED.

Yes. Within minutes the stuff had killed the pain that was radiating across the back of my hand.

Soooo… I started to look it up and found that yeah, CBD oil can apparently ease minor, superficial skin pain and possibly even joint pain (not likely, because it isn’t absorbed through your skin…but whatEVER).

This was interesting. I continued to use it.

Come last week’s appointment, I present myself at the westside dermatologist’s office, where I’m greeted with ecstatic exclamations of amazement at how well the damn thing has healed up. I think…right, sure. This performance rings of “humor the patient,” but I go on about my business figuring that the nothing too drastic has been going on. Of course, I do not clue the doctor to the fact that I’ve been smearing cannabis oil on my sweaty little paw.

But…suppose this stuff really does work to promote skin healing? Suppose it aids in healing of actinic keratoses, in specific?

What the hell else can it do?

Could it, do you suppose, help to fade the age spots that speckle my hide like a leopard’s fur?

Clearly it’s a quack nostrum. Evidence that it works to fade solar lentigines (the techno-name for sun spots) is anecdotal and vague.

But…but on the other hand, it doesn’t appear that the stuff is likely to hurt you. It’s poorly absorbed through the skin, and so has few or no systemic effects, as far as I could unearth. And I don’t appear, idiosyncratically, to be allergic to it: no sign of a rash on the hand where I applied it so liberally.

Well. For the past three weeks, I’ve been smearing this stuff across the back of my left hand and on a particularly annoying age spot that adorns its finger-flicking finger…and…hmmmmm…. The left hand is the one that gets most of the blast of the sun coming in through the car’s window when you’re driving (surprise! glass doesn’t block enough UV light to matter, after all!). So it has lots of age “freckles” on it, as well as that spot, which looks like a map of Australia.

And y’know what? The thing is getting lighter. The smaller spots have faded, too: still there, but compared to the right hand, lighter and less noticeable.

But I could be dreaming this up, of course. Nothing like a little wishful thinking to make your age spots fade…right before your eyes. 😀

So I came up with a wee experiment:

Selected several particularly prominent lentigines — this is easy, because having grown up and lived in the subtropics all my life, I have them all over my body — and photographed them.

Next, I’m going to rub a CBD skin product into each of these sun spots, several times a day over the next three or four weeks. Then, photograph them again and see if any noticeable change appears.

This should be amusing… In the “doesn’t have enough to do with her time” department. 😀