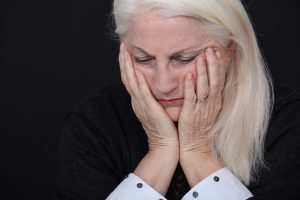 Yay! This morning WonderOrthodontist decided not to perform the next step in replacing the busted tooth, because he felt it needed some more healing time. Six weeks!!

This was not something I was looking forward to: I’ve had about enough pokes in the gums to last me for the rest of my life. So despite having to trudge over to his place through the rain, I was delighted to dart in, socialize with his charming staff members, admire his cuteness briefly (this is yet another highly educated specimen of gorgeousness!), and dart out.

However…  Driving across town reminded me — again — that Old Age is creepin’ up. That would be old age in the form of freaking senility.

I have to admit that I am beginning to feel some concern about issues that seem to be associated (possibly) with age.

Ever since I tripped in the dark over that busted slab of sidewalk, I’ve felt weirdly unsure on my feet. Especially in the bathtub…but also just about anyplace in the house. I find myself picking my way across the floor, particularly near steps, for fear I’m going to trip or misstep again. That is not my style.

But given that I walloped myself magnificently and that it took weeks and weeks to recover, it makes sense. It’s reasonable, right? 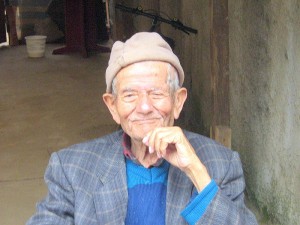 Fine. However, we have another issue that is much more worrisome: an apparent growing degree of confusion.

This is not forgetfulness, though like anyone over about 50, I forget where my keys are if I don’t put them away where they belong. As issues go, that one is neither very serious nor does it seem to be getting worse.

The problem has to do with not recognizing or remembering exactly where I am, even though I’m on a path that’s so beaten it’s practically polished.

I have been driving in this city since 1966. That is fifty-four years. I navigate by dead reckoning because a map of the roads and neighborhoods is imprinted on my consciousness like the migration routes in a mallard’s brain. Yea verily, I know the city so well I can get from point A to point B without even looking where I’m going. No, I don’t have to read the road signs anymore.

The other day I went out to the credit union, which lurks on the ASU West campus at 45th Avenue and Thunderbird. You understand, I worked at that place for ten years. I drove out there five or six days a week, every week, at least once and often twice in a given day. Frequently I drove out and back after dark, to teach night classes.

ASU’s westside campus is bounded on the east side by 43rd Avenue and on the west side by 51st Avenue. Both of these are faceless, bland, Southern-California-style runways that pass through faceless, bland tracts falling to decay and past faceless, bland strip malls that invite you to do nothing more than to pass them by.

So I’m cruising up 43rd, and on the way am looking for a Fry’s Supermarket that stands on an east-west thoroughfare called Peoria — another faceless, blandly ugly road. When I can’t find the thing, I figure it’s on the next road over, west of the campus, not east of it.

I know that is wrong, because I know what’s on 51st, and it ain’t a Fry’s. But nevertheless I come to believe that is the case. But here’s the thing: I think I’m on 35th Avenue and that the next road on the other side of the campus is 43rd. Which it decidedly is not.

When I realize I’m not northbound on 35th but instead am already on 43rd, I become seriously confused…as in I don’t know quite where I am. Not until my car comes up beside the campus do I recognize where I am, but I still can’t understand why 43rd is in the wrong place.

It’s not, of course…35th is the road I use to drive from the campus up to the Costco on the I-17 — it’s another couple miles to the east of the campus.

Even after I finish the errand in the credit union and climb back into the car, I’m still almost convinced that 43rd is on the west side of the campus. To wit: I’ve come unstuck in space!

And now we have today. I head off to the orthodontist’s. His office is situated on a road I have used to drive home from the ASU Main campus and back and forth to various shopping and business venues for many, many years. I’ve been to his office several times over the past three months or so.

The usual route would be across Glendale (which gets renamed “Lincoln” as it passes eastward) to 36th Street, down through a ritzy neighborhood to Stanford, eastward again past the swankiest private school in the state, and then south on 40th to the doc’s office building. However, Glendale/Lincoln has been all dug up for yet another public-works boondoggle and is projected to be so for months. It is one of the most heavily traveled surface streets in the city, and so has been bumper-to-bumper all the way from 24th Street to Tatum, on the edge of Scottsdale.

Hordes of avoiders are driving all the way down to Camelback Road to move east and west across the north-central part of the city. Thus, Camelback Road:

So the plan is to drop down 7th Street (where I have to buy some gasoline) to a major feeder street called Missouri, cruise across that to 24th, and from there go north and then navigate east across Stanford to 40th Street.

See…the problem is… Stanford doesn’t go through to 24th Street.

You have to pick it up on 32nd, where it debouches into the fast-moving traffic flying between Camelback and Lincoln.

I know this. I know it as well as I know where the water glasses in my kitchen cupboards are.

Nevertheless, I make my way across Missouri to 24th and then northward…growing ever more puzzled that I can’t find the turn onto Stanford.

Not until I get almost all the way up to Lincoln do I realize that I’m on the wrong road to turn east on Stanford!

Got that? I’m as lost and as confused as a flatland tourister from Cleveland!

This is alarming because I’ve used that Stanford cut-through for years to get across the city to and from Scottsdale, to get to my hair stylist, to dodge traffic while coming back from Tempe, and to evade the eternal mess on Camelback Road.

I should not be confused in any way about something I’m so familiar with. Something’s wrong there.

{sigh} Reflecting on this predicament this afternoon, I wondered if I might be doing something to cause this — other than simply aging. If so, what might that “something” be?

Well, there are several possibilities, to tell the truth. For one, I hardly ever go out any more — that’s why the mileage on my car is so low. I hate driving in Phoenix’s wackshit traffic, and so avoid it as much as possible. That’s why I quit the Scottsdale Business Association: that drive to the Pavilions, way to Hell and gone across two freeways in the rush hour, was more than I cared to contemplate.

So we have some candidate causes here:

Could be any of these. Could be all of ’em, eh?

So the question is… Is there anything that can be done about this stuff?

Obviously, there’s nothing I can do about getting older. Nor, if I’m losing my marbles, can I do anything about that.

Maybe I can slow the process down a bit, though.

Frankly, I don’t feel much hope that throwing myself around to bring a little more life back into my life is going to make much difference. Doubt if it’ll do much harm, though. And if I do have a record of this weird stuff, at least I’ll know whether it’s real. Or not.