From Facebook friend Beth Riley, up pops the post below, with quote from a book by someone named Jackson Katz.

On reading it, I first thought…yup. Then reflected that it’s a damn good thing we don’t live in Saudi Arabia, where I grew up. That government just murdered…uhm, “executed”…a woman for the dastardly crime of asking to drive a car.

All extreme fundamentalist movements — be they fundamentalist Christian, fundamentalist Islam, fundamentalist Buddhist, fundamentalist Hindu, fundament-anything — aim to hold women down. This impulse seems to stem from a trend in human nature to try to control and even imprison females, for reasons that may have made sense when we roamed the ice sheets chasing mammoths but that don’t seem to do so in an advanced civilization.

In America, folks who subscribe to such thinking tend to identify as “conservatives.” But these extremists are not conservatives; they’re radicals. They take a radical attitude toward women, toward foreigners, toward God, toward our nation. People who think they can tell women what they can and cannot do with their bodies are people who think woman’s place is as a slave: to a man, or to a culture, or to a misguided religion. 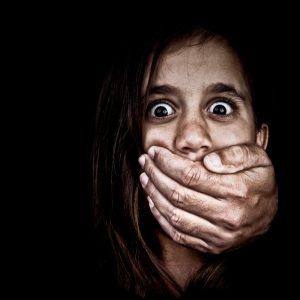 Then I ask just the men: What steps do you guys take, on a daily basis, to prevent yourselves from being sexually assaulted? At first there is a kind of awkward silence as the men try to figure out if they’ve been asked a trick question. The silence gives way to a smattering of nervous laughter.

Occasionally, a young guy will raise his hand and say, “I stay out of prison.” This is typically followed by another moment of laughter, before someone finally raises his hand and soberly states, “Nothing. I don’t think about it.”

Then I ask the women the same question. What steps do you take on a daily basis to prevent yourselves from being sexually assaulted? Women throughout the audience immediately start raising their hands. As the men sit in stunned silence, the women recount safety precautions they take as part of their daily routine.

• Hold my keys as a potential weapon.
• Look in the back seat of the car before getting in.
• Carry a cell phone.
• Don’t go jogging at night.
• Lock all the windows when I sleep, even on hot summer nights.
• Be careful not to drink too much.
• Don’t put my drink down and come back to it; make sure I see it being poured.
• Own a big dog.
• Carry Mace or pepper spray.
• Have an unlisted phone number.
• Have a man’s voice on my answering machine.
• Park in well-lit areas.
• Don’t use parking garages.
• Don’t get on elevators with only one man, or with a group of men.
• Vary my route home from work.
• Watch what I wear.
• Don’t use highway rest areas.
• Use a home alarm system.
• Don’t wear headphones when jogging.
• Avoid forests or wooded areas, even in the daytime.
• Don’t take a first-floor apartment.
• Go out in groups.
• Own a firearm.
• Meet men on first dates in public places.
• Make sure to have a car or cab fare.
• Don’t make eye contact with men on the street.
• Make assertive eye contact with men on the street.

― Jackson Katz, The Macho Paradox: Why Some Men Hurt Women and How All Men Can Help

To that I say: Yup. All of the above.

I wonder how many men are aware of all the strategies and subterfuges the women in their daily lives take to protect themselves. To me they’re so much a part of ordinary life, I wouldn’t bother to mention them to a male partner or friend, any more than I would mention that I drink a glass of water or a cup of coffee in the morning. So…why would he be aware of all that, unless he’s an exceptionally close observer?

•  Never live in a place that doesn’t have a garage with a door that closes. When you get home, never unlock or get out of your car until you’ve closed the door and you’re sure it’s really shut. Look around you in the garage before unlocking your car door and stepping out.

Oh, what the heck, as long as we’re in that vein:

• Watch your rear-view mirror as you’re driving home. If someone follows you into your neighborhood, be aware; if the person follows you onto your street, keep driving past your house and drive out of the neighborhood. If he continues to follow you, drive to the nearest fire station, police station, or emergency room and lean on the horn.
• Never, ever leave your garage door hanging open. As you’re leaving the house, stop the car and wait until the door is completely shut, to ensure that nothing gets in its way and causes it to come open again as you’re driving away. And it should go without saying: never leave the garage open when you’re in the house.
• Never walk across a parking lot habituated by panhandlers and potential purse-snatchers.
• Do not carry a purse: wear clothes with pockets and drop a couple of credit cards in them.
• Install motion-sensitive lights along all four exterior walls of your house, up near the eaves where it’s hard to reach them to unscrew the bulb.
• Place battery-operated “screamer’ alarms on all sliding doors and windows, and on the sliding screens for Arcadia doors.
• Equip a room in your home with a solid-core door and a hardened dead bolt. Keep a weapon hidden in the room, and also hang a house dress on the back of the door, to use if you have to dart in there at night when you’re not fully clothed. No, you do not want to reward the cops with an impromptu strip show!
• Have a phone in every room, including the bathrooms, not only for your convenience but so you can grab a phone quickly to call 911.
• Equip every exterior hinged door with a heavy-duty security screen, and fit each one with a hardened deadbolt. Remember to close them and lock them whenever you’re not walking in and out.
• When driving at night or through a sketchy district, if you see a red light ahead, slow down to give it a chance to turn green so you don’t have to stop your vehicle.
• Avoid driving through high-crime neighborhoods and areas known to be infested with drug gangs.
• Drive a substantial distance to avoid having to shop in grocery stores whose parking lots are unsafe.
• If you have a carport or garage with an entry to the attic in its ceiling, padlock the thing.

Can most or all of this be replaced by an expensive security service and an alarm system? Well…some of it. But a) I hate alarms; b) I hate the monthly gouge an alarm service charges for something that might be needed once in my lifetime, at most; c) you’re at risk everywhere, not just in your house; and d) in my book self-reliance trumps relying on someone you don’t know and who cares about you only because you pay for the privilege.

Do I also hate living like I’m the one in prison, not the bad guy? You bet. But as things stand now, I don’t see many alternatives.

2 thoughts on “On Being a Woman in America”