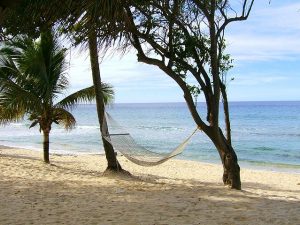 LOL! Not exactly underpaid, but not doing enough work to matter! Which in Arizona’s summer heat is probably the best way to survive: not working.

Truth to tell, today’s summer heat is not as advertised. It is not going to reach 117 today. Not a chance: at noon, it’s only 110 out there.

The hounds and I rolled out at 4 a.m. so as to get in the mile’s dog-&-human walk before the predicted blast-furnace heat rose up. It was only about 87 at that time — we were told the low would be 90. The morning was actually rather pleasant. We encountered about ten of our fellow dog-walkers, all of whom apparently had the same idea. Arrived back at the Funny Farm around 5:40, fed dogs, watered plants, refilled the pool, tossed in some more chlorine tabs, went swimming.

That must have pleased the neighbors, because Ruby barks hysterically every time I get in the water. Apparently she thinks the human is going to drown. Then (horrors!) she won’t get fed anymore.

Since the neighbors were the cause of my spending the Fourth of July working myself up to a near heat stroke and having to opt out of my favorite party of the year so as to stay home and guard the Farm from the risk of nitwit-initiated fire, I do not give one thin damn if my dog barks them out of the sack on a 90-degree morning. 😀 Bay away, little dog!

All that notwithstanding, the heat and the humidity begin to wear. Just now — along about two in the afternoon — it’s about 115 on the back porch. Not intolerable…but somewhat warm.

Where creative and productive work are concerned, I do best in a cool, fairly gray climate: San Francisco and London are ideal. All this sunshine is a distraction. Actually, what happens is that it puts me in zombie mode. I just do not feel like working.

As in I cannot force myself to do ANYTHING. 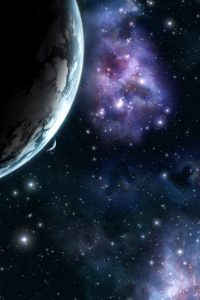 Last week I had seven days in which to scribble the current installment of Ella’s Story. Did I write it last week? Was it ready to go come Monday morning?

Hell, no. Of course not.

So it was the middle of the afternoon before that got done, and then (IMHO) not very well.

Yesterday the place was overrun with various workers, which rendered writing or editing much of anything…problematic, shall we say.

Happily enough, though, I was rescued from having to pay some batsh!t amount of money to repair the propane grill! Its main knob — the one that turns on the primary burner — was stuck somehow. I thought the tube it attaches to had somehow got bent, and was silently blaming it on one of Gerardo’s cousins, whom I suspected of having whacked it with a leaf-blower.

BBQ repair dude was supposed to show up between 2 and 3 p.m. — try to imagine throwing yourself around with a heavy gas grill, in the sun, in 112-degree heat!

Not surprisingly, this poor fella called in sick. Along about 7 a.m., the office called and asked if they could send someone between 9:30 and 10 a.m.

This put the eefus on my plan to hit the grocery story as soon as rush hour ended. But without an oven, I’ve gotta have that grill working.

Well…”someone” was the company’s owner, an interesting and entertaining man. Forthwith, he discovered that nothing serious was wrong — a little rust or, he thought, just dirt, was jamming a part, He cleaned and lubricated the knob assembly, whilst entertaining me with conversation.

So that was good. Even better: he only charged $68 to fix it!

Man! I was expecting a $200 bill. The original appointment included their whiz-bang cleaning service, which I really did not need and would prefer not to get until after the weather cools off. So he opted that and barely charged enough to cover the gas to drive his truck up here.

So, even after yesterday’s junket to the grocery store, I still have $58 left in this month’s budget, with only a week to go.

At said grocer, I picked up a roll of dog food, meaning the doggy meals are now covered for the rest of the month and then some. Got a very nice watermelon — paying lots more than would have been required at Costco,. but obviating an extra trip to an extra store through the heat.

I may have as much loot as I need to make it to August 1 without having to buy any more food or household items. Possibly not. But whatever comes up surely will not cost $58.