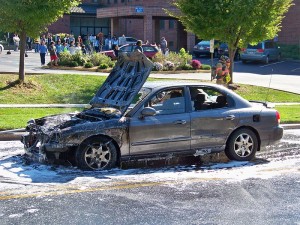 Welp, by this morning it was beginning to look like Funny (and all that which is related to her) was flat outta luck. The blogsite’s “dashboard” would NOT take my password, and it would not let me change the password.

Finally had recourse to Grayson, the Web Guru Extraordinaire. He created a new password…TWENTY-FIVE CHARACTERS LONG, all utter gobbledygook. No chance in Hell of a bad guy or gal  memorizing it.

Ahem…not too likely that the computer’s operator can memorize it, either! 😀 Helle’s Belles, I can barely remember my own name these days.

Meanwhile, yesterday in comes a notice from the gas company…

They’re going to CUT OFF MY GAS because they think they haven’t been paid!

All of the utilities are set up to auto-pay down at the credit union. This has been so for several YEARS! Howcum all of a sudden the gas company isn’t getting paid, and WHAT OTHER REGULARLY RECURRING BILLS AREN’T GETTING PAID???????

So tomorrow I’ll have to call the gas company and see if I can talk them into charging my AMEX card — thereby, as you once suggested, piling up credits toward this, that, and the other reward scheme.

Then I will have to get into the goddamn car and burn ANOTHER quarter tank of $4.89/gallon gasoline to traipse to the CU and find out WTF they’ve done and why they canceled the goddamn auto-pay. And what other auto-pays they’ve canceled. On further inspection, it looks like quite a few of the auto-pays are no longer autopaying.

WHY??? This is not something I would have willingly shut down.

As you know, trying to unearth a human at each of the utility companies will take HOURS. The phone runarounds, at least in our parts, defy belief. By the time I get a person on the phone, I’m so frustrated and angry that I could bite someone! So THAT is a procedure I do not look forward to. IN fact, I wonder if it’s possible to go in person to some of these outfits.

Despite my concern about the Mac outfit in Scottsdale (and the none-too-great experience I had with the same company’s far, far FAR west-side office), the guy we talked with there turned out to be just stellar. He has the MacBook running — albeit, not in the style I would prefer (I loathe, for example, page changes that slither by like slides in a slide projector!) — thereby giving me at least a little time to get my act (such as it is) together. I really liked the guy, and you may be sure that if I have to buy a new computer, it’s coming from his place.

Man…in addition to the CompuFrolics and charging from pillar to post around the Valley, on the way home yesterday evening…some poor wretch had somehow FLOWN off the main north-south drag to the east of the hood — apparently he literally went airborne — and sailed into a power pole. Upshot was he ELECTRIFIED a good three blocks of North 7th Avenue. Had a woman in the car with him. You never saw so many cops and firemen in your life.

They shut down 7th, which is one of the main, MOST major surface streets leading out of downtown and mid-town Phoenix toward the northern and western suburbs.

Mercifully, neither the driver nor his passenger was injured seriously. Before the troops got themselves into position, I managed to slither past and could see the whole shebang. And we do mean “bang”…it”s amazing that they both weren’t killed

Power stayed on over in this section of the ’Hood, but apparently it was down for a large part of the area

Got a little worried when I couldn’t find my fave neighbors, the WonderAccountants…she works at home, but he goes into an office. Hope he didn’t have to drive around Robin Hood’s Barn to get home

Man, that little wrecky-poo was something to see, when you reflect upon it. The perps were in a standard-sized pickup truck, about the size of a Ford 150. Along that stretch of Main Drag East, there’s an access road, which is separated from the main thoroughfare with a narrow planter delineated by concrete curbs.That’s a 40 mph zone there, so if our hero was keeping up with the traffic, he was going around 45 to 50.

He hits the curb, and hevvin help us, he goes airborne. Now he’s behind the wheel of a flying machine that’s about 15 to 20 feet off the ground, all four wheels

He slams into the metal light pole — this is a large, standard city thoroughfare’s lamp post, about three or four feet in diameter  and very tall. And he hits it between a third and half-way up.

Incredibly, the truck hits the pole so the shaft impacts the front end almost exactly halfway between the headlights, where it digs a hole in the truck’s engine compartment

The power lines go down, electrifying a substantial part of the nearby acreage. But incredibly, neither the driver nor his female passenger were seriously injured

Says something for airbags and seatbelts, eh?

Dontcha love it that the New Improved Mac won’t let me format this thing’s font for copy drafted in Word to fit the style used by WordPress?

Oh, wait! Here’s a password for the credit union, taped to the front of the MacBook! there are now so many effing p/w’s taped to the computer, I can’t track of them!   Lemme see if this will get me in!

Just what I need. Another 40 minutes of traipsing through homicidal traffic, another hassle with the CU’s mystified staff, another raft of incomprehensible password hoopjumps….

STOP THE WORLD I WANNA GET OFF!