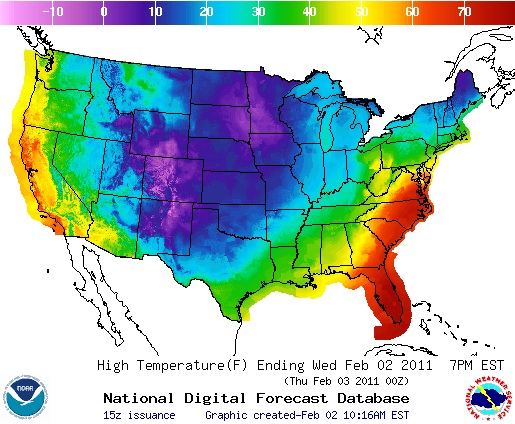 In the “froze” department, it’s supposed to drop down to 33 degrees here this week. For the Valley of the We-Do-Mean Sun, that is very cold. Many of the ornamental plants would be damaged by that chill even if they were used to it…which they are not. We haven’t seen freezing or even near-freezing temperatures here in years.

Light and even hard frosts used to be pretty commonplace — at least a few crisp nights every winter. But that has gone away, thanks to the heat island effect and the climate warming that we’re so credibly assured doesn’t exist.

Tonight, though, it’s already freaking cold out there and it’s only 7:30. So it was out to the storage shed, there to unearth the dusty old drop cloths I once used as frost protection. Covered one of the bougainvillea with a couple of those. The other three will just have to get by. One on the west side is pretty well sheltered by the big paloverde, though Luis cut the tree back so drastically this spring that it may not provide much cover. The other one is more sandwiched between the back wall, a garage wall, the eaves, and a bunch of plants…it’s usually not harmed much. The one on the east side will freeze back, and there’s not much I can do about that. Even when I’ve covered it in the past, it’s managed to shrivel up.

Bougs, however, are resilient. In fact, they may even like freezing almost to the ground. The following spring they come back, especially if you trim off the dead stuff.

Things on the back porch that are really house plants in this climate…uhmmm….not so good. I did find a shop light and managed to clip it to a wooden chair next to the ficus on the back porch (Unless I remember to turn off the irrigation as dawn cracks, water will come on tomorrow morning and that will create a pool around the ficus’s pot. The woodwork should keep the electric light out of the water…unless it rains…). With the fiberglass panels off the top of the pergola out there, the back porch gets a lot colder than it did. So stuff that did not have to be covered in the past now…does. The ficus, though, grew ecstatically when it was moved and it was freed from the fiberglass roof. It’s now so huge there’s no way I can wrap it effectively with old sheets and curtains.

In the “singed” (as in hot) department: I inflicted a second-degree burn on a wrist a couple days ago, in a moment of stupidity. Oh well. Naturally, this was right before Christmas, when you can’t get in to see anyone for love nor money. A nurse at the Mayo, having quizzed me on the key issues, decided it was relatively minor and advised me to apply antibiotic cream (not ointment) and bandage it.

By this morning, the burn was beginning to heal, but now I had a crop of hives all over my hand and wrist. I figured — damn! — I must have developed an allergy to the stuff they make bandage stickum with. The Walgreen’s generic variety of these things was $2 cheaper than the Bandaid version — for a generous serving of seven bandages! So I’d bought the cheapo version. Maybe that wasn’t the best idea.

Or….hmmmm….  While this was going on, a fine (and very painful) boil sprang up on my face, next to the nose. I’ve had these before — they hurt, they look like hell, and then they go away. And I’ve had them on my hands and arms. But…so…what if these hive things are not hives but actually are some kind of infection along the same lines of said carbuncles? They don’t exactly hurt…they itch, suggesting hives. But I’ve never had an allergic reaction to bandage stuff or latex in my entire lengthy life. What if…what if…what if this is actually an infection, as usual on the eve of a major holiday, conveniently running up against a weekend…

So I call the new dermatologist. To my astonishment, they get me in to see a nurse practitioner TODAY!

She opines that the pimply bumps are probably hives. But then she notices the chronic irritation around my nose (where, interestingly, the giant zit/boil/whateverthefuckitis is now half-healed. She asked if I’ve ever had that treated. I say I’ve tried but no one has ever been able to do anything about it. No one seems to care that the outside of my nose itches all the time and the inside hurts all the time…I imagine everyone’s nose itches all the time.

She says she’d like to take some samples for lab tests. Why? Because she thinks it’s a staph infection, and she thinks it’s very possible the rash on the hand is the same thing: a staph infection. There’s an outside chance it’s a MRSA staphylococcus (a type of antibiotic-resistant bug). She writes a prescription for an ointment and says she’ll let me know the results. If she’s right, the gunk she’s prescribed will clear it up.

As of this evening, I’d say at least a couple of the spots very definitely look like boils. Just what I need right next to a burn injury: a fulminating staph infection.

What have I done to offend the God of Israel?
Tell me God is not on Donald Trump’s side….

4 thoughts on “Singed and Frozen”