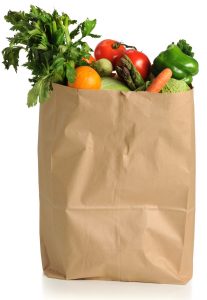 This fine warning comes to us regarding fresh peaches purchased in Aldi stores.

We don’t yet have Aldi here in lovely Arizona, though the chain is planning four discount emporia in our garden state. Doesn’t matter though: the principle applies across the board: We’re not in Kansas anymore…

It’s unclear from this opaque article whether we’re talking about fresh whole peaches sold in bags, or sliced refrigerated or frozen peaches. However, it looks like probably they’re talking about fresh whole peaches. So, here’s a message from 1955, courtesy of US citizens living in lovely Saudi Arabia, where ALL fresh produce was assumed to be contaminated with this, that, or the ’tother fecal bacteria. It applies now as it did then, back before the US was a Third-World country:

Before bringing any fresh produce into the house, fill a kitchen sink (or, if you have it, MUCH better: a garage or workroom sink) with soapy water. Dawn is really good: a generous squirt of Dawn in a sinkful of cold water.  But any dish detergent or laundry detergent will do the job.

Gently submerge the produce in the soapy water. Let the produce sit there while you go on about your business for a few minutes; videlicet:

a) In another sink, wash your hands in soap and water

b) Bring in the rest of the groceries.

c) As needed, wash other (non-produce) groceries in the kitchen sink, using soap and water.

d) Drain the kitchen sink, rinse off groceries, and place them to drain dry or wipe them dry with towels. Toss towels in washer.

e) Put these groceries away.

g) Rinse well, and set these aside to drain dry

h) After 15 or 20 minutes or so, to the extent the produce is still damp, wipe it dry with clean toweling.

i) Then, and only then, put it away in the refrigerator or in whatever cool place where you store it.

Got it? Wash produce in detergent, bar soap, and water; wash your hands in soap and water; rinse produce well; drain produce dry; refrigerate produce. Pray for the best.

Ideally, items that have tough skins — such as citrus and melons — should be doused briefly with dilute Clorox and rinsed well before storing.

If it is revealed to us moderns that we’re talkin’ about refrigerated or frozen processed peaches: cook the damn things before eating them.

This was what we had to do with when my family and I lived in Saudi Arabia, where the produce we bought in the local commissary was likely to have been grown in fields fertilized with human waste. Very little that was brought into camp from nearby Middle Eastern countries was safe to eat, at least not by “Western” standards. By the 1950s, most produce and meat you bought stateside, in ordinary U.S. grocery stores and supermarkets, was safe enough to eat that consumers did not typically obsess about sanitizing every bite. But once you were outside the industrialized world…well…you took your life in by your hands if you chose to get careless about any detail of sanitation.

Who would think that half a century later, we here in the Good Ole USofA would find ourselves living in a Third-World Country?