I’ve been incommunicado for a week or so with an episode of back pain SO colorful that I could barely hobble down the hallway. You know it’s bad when I don’t even feel well enough to write a blog post while perched atop a heating pad on the bed…

Don’t know what I did to bring this one on…only thing I can figure is maybe it was trying too fast to get up to a three-mile daily walk, by way of beating back the fat and the blood pressure. Whatever happened, it damn near crippled me. Yesterday it finally began to subside a little, and today it still is better. So I guess it’s not my body telling me it wants its hip replacement now, not later…

So…did the Magical Mystery Wonder Herbal Balm work on this? I have no idea. Maybe: the pain started to ease a day or so after I started smearing it on morning noon and night. But in the past the infallible cure has always been tincture of time, which, after about ten days should be kicking in right about now.

The blood pressure, interestingly enough, is also subsiding! It actually has dropped in spite of my not having any real exercise at all for the past 10 or 12 days. The only motion I’ve been able to manage — and that, painfully — has been the physical therapy routine I learned the last time this happened. And that’s not what you’d call aerobic. 😀  So far this week the average has been 126/83, and that’s WITH a spike into the 140s caused by a few moments of truly bracing pain.

So. I’m beginning to feel some hope that I can get the numbers consistently into the low 120s and high teens — without benefit of drugs — within about six weeks.

It’s interesting that this is occurring in the absence of daily exercise, because in theory a major factor in bringing down BP through lifestyle change is getting a decent amount of mild but real exercise. Apparently, though, weight loss is far more important: managed to drop 3.5 pounds since January 15, and the decline in BP measurements has closely tracked the drop in avoirdupois. When you think about it, 3.5 pounds ain’t much — on a serious diet, you should be able to lose 2 pounds a week without feeling very deprived.

Another factor may be getting off the sauce: I decided to teetotal as part of the BP Reduction Project. I can’t really see much connection, though, between the moment of climbing on the wagon and the moment of BP drop — in fact, one evening I went over to my son’s house and had two or three glasses of wine by way of back pain analgesia, and the next day, all day, the measures were in the teens. Intrigued by this development, a few days later I had one (count it, 1) bourbon & water at about the same time of day, and found exactly no difference the following morning.

So…hm. I figure the operative factor is mostly the weight loss. In theory, getting rid of even five pounds can drop blood pressure measurably.

Today I can walk, and I think I can sling a leg over the back of a bicycle, so after traffic dies down I probably will pump up the tires and go for a bike ride. While it’s not weight-bearing exercise, at least it IS moving around. Sort of. And it gives you a chance to ogle the neighbors’ houses, anyway. Weather is beyond gorgeous here during the day — this is the time of year for bike rides.

Heh heh… I may have to jump off the accursed Water Wagon, too. In amongst the endlessly contradictory research reports about blood pressure and cardiovascular disease comes this latest gem of wisdom: Booze is good for you! Your fevered brain is less fevered on 2½ glasses of wine a day.

Well! If they’d bothered to ask me, I coulda told ’em that. 😀 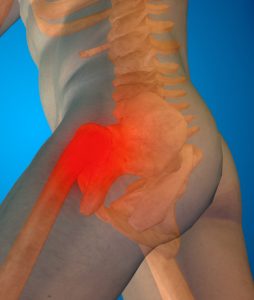 The honored Back has been out of commission for a week, taking a hip with it. This, I think is the worst back outage I’ve enjoyed since Anna the Ger-Shep was a pup, when she put me in the hospital by charging a passing pick-up and trying to bring it down by the oil pan — dragging me with her. Yesterday I was in so much pain I could barely walk around the house.

This predicament is not helped by the allergies to aspirin, acetaminophen, and ibuprofen… Nor, we might add, by the stress-inducing blood-pressure conundrum.

So crippled up have I been that I’d pretty much decided this must be It: the osteoporosis in that hip has decided to assert itself, so now must be the time for a hip replacement. Holeeeee shit! Just what I need to make my life fun.

This conclusion: especially because if I did anything to hurt myself I don’t know what it was. Or it wasn’t very credible. The pain started after I walked three miles one afternoon: two alone, and one with Ruby the Corgi, who goes right along at a fast clip. But that puts us into the “not very credible” zone (not to say the Twilight Zone…): I walk three-mile stretches all the time and never induce any back or hip pain. That is the proximate event…but we have no evidence that it was the cause.

WhatEVER! Yesterday I was seriously crippled up.

That didn’t stop me from accepting a last-minute dinner invitation from my son last night. Managed to get the pooches into the car, but he had to get them out and, later, put them back in.

And herein lies the interesting development:

Over dinner last night, I fell off the accursed Water Wagon with a resounding thud. Lost track of how much box wine I swilled, but it was plenty. At least three glasses, but when you’re refilling a few drops at a time, it’s kinda hard to judge.

By the time I got home, the back hurt a little less. Yes, I had done a set of physical therapy exercises at his house, whilst he was cooking. But…they haven’t helped one little bit over the past week or so. So there’s no reason to think they would have helped then. Probably the grape-derived anaesthetic was what did the job.

Meanwhile, let us say I happened to acquire a little jar of herbal pain-killer. You’re supposed to rub the stuff on your bod’ to evince a magical mystery rheumatiz cure. Right.

Welp, any port in a storm. So I smear this stuff on around the sore joints.

This morning, I roll out of the sack, spend an hour or so fiddling with the dogs and killing time, and then take my blood pressure — an annoying procedure scheduled twice a day. I expect to spike high, because alcohol does jack up your BP.

Now, I’ll say: yesterday the BP was relatively low (not on target, but not alarming) throughout the day: Average 128/79 despite one reading of 136/84. But still: that was after three weeks of booze-free living. And…in the absence of the, uhm, analgesic herb.

It’s unlikely that said herb’s active ingredients will be absorbed into the bloodstream through the skin. Human skin is fairly impermeable. Although nicotine is absorbed readily, most chemicals that we come in contact with — detergent ingredients, for example — are not. Nevertheless: an average systolic below 120? And two readings at 116/7n? Shortly after ingesting a different chemical well known for its capacity to inflate blood pressure score?

To coin a phrase: holy sh!t.

Throw open the Hypochondriac’s Treasure Chest (i.e., the Internet) and google the active ingredient + blood pressure. And damned if there isn’t a study — in the Journal of Clinical Investigation, which has an impact factor of 12.5(!) — showing that the stuff did in fact reduce blood pressure in a small test group. The authors theorize that the result was caused by the ingredient’s tendency to reduce stress.

The back is somewhat better this morning — still hurts, but walking up the hallway no longer requires bracing oneself against the wall. The fact that it’s getting better suggests (maybe) an injury, rather than crumbling bones. This morning after a hot bath, I rubbed a bunch more of the magical  mystery cream into the hip joint and lower back, and also into the mastectomy scars, which are fine during the day but in the wee hours hurt enough to wake one out of a sound sleep. If the active ingredient actually does absorb through the skin, presumably by this evening I’ll be relaxed enough to reproduce those figures — preferably without benefit of the vino.