A reader asks which of the various over-the-counter CBD nostrums available in some American states seem to work best against the depredations of peripheral neuropathy.

This has been my experience:

The only rub-on nostrums I’ve tried are things I’ve found at Sprouts.

Their CBD Oil seems to be the strongest (well…that I’ve found so far, anyway). But it’s messy — like smearing Mazola on your hands or legs. If you’re putting it on your feet, of course you can cover it with socks. I’ve put it on the palms of my hands, which tingle & sting like the dickens, but only right before I go to sleep … hoping not to accidentally rub it all over the sheets.

Sprouts has little jars of CBD balm and of CBD cream. The balm has the consistency of Vaseline. Again: messy…but it seems to be pretty effective. The cream is much like any hand cream or face cream. It also dulls the stinging/tingling/pain some, and it’s much less messy.

You can get a CBD lip balm at Sprouts. That stuff is very effective for the crazy-making tingling lips.

Also found something called “Hemp Travel Balm Plus CBD.” This comes as a rub-on stick very much like the lip balm, only the tube is wider and it’s clumsier to apply. I think this stuff is not as effective as the lip balm. But…nothing ventured…none of these products are gonna put you in the poor house.

Last time I was there I found a “lotion” that comes in a tube. It’s called Garden of Life CBD Intensive Recovery Lotion. Claims to have 800 mg CBD; and it’s THC-free (as I think all of these things are). It seems to work as a moisturizer and it also helps some with the tingling/stinging effect. I think it’s a little milder than CBD balm and cream in jars.

Another product altogether that seems to work on the crazy-making tingling/stinging/burning is extra-strength Benadryl cream. Since this does not contain the Magical Mystery Weed, you can find it in drugstores and grocery stores everywhere.

Of things you can swallow: so far the most effective pill I’ve tried is plain old aspirin.

You could combine an aspirin sparingly — maybe once a day — with an antihistamine pill. Because I’ve been trying to unclog the ears, I’ve been using Sudafed. Try this strategy sparingly — dunno about you, but some antihistamines have been known to knock me into the middle of next week. I wouldn’t try it for the first time before driving, and also be aware that some of the things can keep you awake half the night. But IMHO if you’re NOT tingling and stinging, “awake” is an improvement…

If you have legal head shops in your state, then it might be worth buying some CBD gummies. These are fundamentally CBD-laced gum drops. I’ve never seen them at Sprouts — here in Arizona they seem to be available only at head shops. A friend of mine put me onto them as a nostrum that helps you doze through the middle-aged sleeper’s 3 a.m. wake-up call. I have found these things help quite a lot that way. A-n-n-d…the other night I took a flying leap off the Quack’s Diving Board and tried one to see if it would work against the neuropathy. When the hands were having a tingling frenzy, I chewed up half of a gummy, to see what would happen…and I think it actually did help. But I’d also taken an aspirin an hour or so earlier, so it’s hard to know exactly what might have been going on there.

Bear in mind that I am not a doctor and this post does not constitute medical advice! If you have access to legalized pot products and decide to try them for your peripheral neuropathy, proceed with caution! Do not drive after using any CBD edible(!). Don’t combine them with any other drug — especially not alcohol. And don’t overdo it with any of this stuff.

…They callllll the Risin’ Sun.
It’s been the ruin
Of many a poor girl,
And Lawd, I know I’m one!

Yup. I’m ruint. No question of it.

Thursday’s gawdawful test for nerve function was nowhere near as gawdawful as I feared. Yes, they do stick electrified needles into your hide. But the things have about the diameter of a hair — you can barely even feel them poking you.

All of which was pretty futile. Well: yes futile, no futile.

We did not come up with a cause of the peripheral neuropathy, the buzzin’ and the tinglin’ in all four paws, enough to make you crave a long dive off the North Rim. But we did rule out some fairly horrifying candidates: the Parkinson’s disease, the Guillain-Barré syndrome…the Lou Gehrig’s disease… at least on a preliminary basis. But here’s a study that indicates the test they did on me — widely known as EMG — does not rule out Guillain-Barré. Indeed, there may be some sporadic evidence of a connection between the Pfizer covid-19 vaccination (which I took a few weeks ago) and the advent of Guillain-Barré. That is what we’d call “a real bad sign.” Also nervous-making: there’s documented evidence of a connection between covid-19 and GBS. Indeed, if I’d read this article a couple months ago, I would have thought twice and thrice about taking that shot.

Meanwhile, in the run-up to this drama, I came across a bunch of research and reports suggesting that one of the most effective remedies known for this ailment is…oh yes…wait for it…yep: cannabis.

So my friend VickyC and I got together for lunch and shopping yesterday. VickyC happens to know a surprising amount about pot and the uses thereof. And she has a “medical marijuana” card, a pricey bit of bureaucraciana that allows you to buy dope from local dispensaries. You get this by going to a (heh!) “doctor” who, whether he has an MD or whateverthell, has managed to acquire the documentation to allow him to emit an opinion that yes, yes you DO need the therapeutic wonders of Mary Jane.

One of these happens to reside in the Home Depot shopping center right up the road.

So I call this outfit today. The lady who answers says you don’t need a card to buy “edibles” or to get the stuff to put in a vape pen. Well, VickyC gave me a vape pen yesterday, while we were plotting the destruction of all common decency in the land. And we bought a little bag of 10 “gummies” while we were gadding around the seamier side of town. 😀

I have never, ever done dope in my life (other than the prescriptions various docs have foisted on me). Never has pot passed into my dainty nervous system. But given this current ailment, if the stuff will help, I am sooooo not above it!

I decide that’s a little much, especially for a first voyage. So last night I cut one in half and ingest that.

The candies that you swallow take 45 to 90 minutes to take effect. And yeah, I’d say it was 30 to 40 minutes before it started to kick in, with a fine sensation of vertigo. Dizzy, as in knocked for a loop… 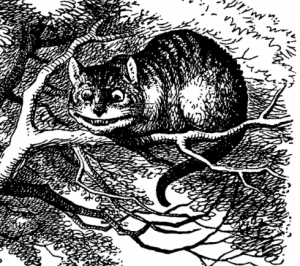 Slept until midnight. Woke for about 10 minutes, long enough to grab another aspirin. Uncharacteristically, fell right back to sleep.

Slept until 4:30 a.m. Dropped another aspirin. Fell right back to sleep again. (Usually the pre-dawn wake-up call entails a wait of at least two hours to get back to sleep…though usually “back to sleep” is sometime around 9:00 or 10:00 p.m. that night.)

So in this respect, VickyC was at least partially correct: the stuff does help you to sleep one helluva lot better. Normally I’m lucky to get six hours of sleep, but often have to navigate around on four hours’ worth. Even with interruptions, I’ll take 8 or 10 hours over 4 to 6 hours of sleep, any night!

Awake at 8 a.m. to find the tingling and redness in the palms and feet much reduced.

Decide to try 1/2 gummie to see if the stuff might possibly stave off the PN for the rest of the day. Or even for part of the day, for godsake…

And the answer is, yup, it sure does. But unfortunately it also elicits dizziness and a sense of disorientation. These were tolerable last night, because I was in bed and soon went to sleep. But by light of day: not so tolerable. Walking around the house was so vertiginous that it seemed unsafe. Driving would be totally out of the question. And really, even walking around where there are steps and the like: unwise.

Actually, I’d intended this dose to be 1/4 of a gumdrop but, in my senility, forgot that little vow and gulped down half. So tomorrow morning I’ll have to see if a smaller amount will also keep the buzzing under control, but without making me high.

So there we are. We don’t know what the problem is. But we’ve found something that works  That something is not especially desirable. 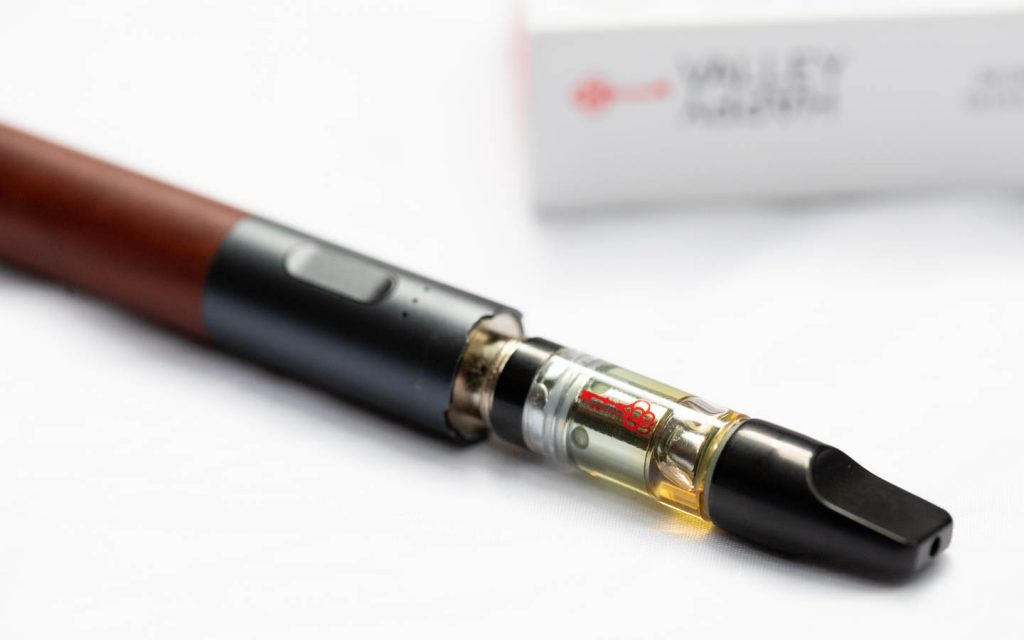