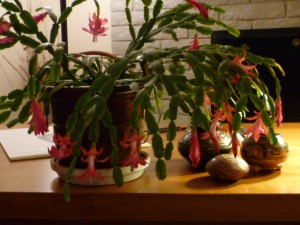 It’s been awhile since I’ve added a post here…under the weather in an alarming way. The new ailment causes typing to make my hands hurt!

So…this is about the weirdest Christmas I can remember. No, not “about”: THE weirdest. The church — and especially choir — has been closed down for months. Turns out that during an epidemic singing is about the most dangerous thing you can do.

So: Nix on the midnight mass. Nix on the singing. Nix on the Christmas Eve potluck. Nix on Life, the Universe, and All That!

In more pedestrian fields: My hair is halfway to my butt, because I’m afraid to go to the stylist to get it trimmed. Literally, my hair has never been this long, ever. Don’t have much fear of the stylist himself, since he’s a guy with pretty sterling common sense. But you could not pay me to stick my head in a public sink to get my hair washed, with someone lurking over me breathing into my face. I haven’t asked…but if they’d let me show up with wet hair and skip the in-salon hair laundry, I’d probably do it.

Truth is, though, I don’t even know if the beloved Shane is still there or if the salon is still in business. For years, he’s talked about retiring and moving to Prescott, where his family lives. He and his sister bought a house up there to use as a vacation home…he may simply have tossed in the hair-stylist’s towel and left town. Bizarrely, I had an appointment on the first of April, which was right when the whole covid-19 horror descended. My son called and asked me not to leave the house, even to go to grocery stores (or maybe especially not to go to grocery stores. His step-brother and his best friend are both medical doctors, and coincidentally they both phoned him on the same day in a great sweat and told him to keep the old people indoors — that if DXH, New Wife, or I catch this thing, we will be DEAD.

Accordingly, I canceled that appointment, and I imagine a whole bunch of the salon’s other clients did, too.

If you believe their website, they still seem to be operating…but no clue whether the redoubtable Shane still lurks there.

But…now that I have a death-dealing “pre-existing condition” on top of what is regarded as senescence, I guess I’d really rather have eccentric flowing tresses with split ends than risk catching a potentially fatal disease.

Locking oneself up in solitary confinement does, it must be said (à propos of flowing tresses), lead you to diddle away your time on some surprisingly bizarre endeavors.

This morning, as I contemplated the tangle of split ends finishing off the eccentric flowing tresses, I recalled that back in the Dark Ages when I was but a young pup, my mother used to treat my hair and hers with a thick, rich conditioner called “Kolesteral.” It had the consistency of library paste. You massaged it in to your abused tresses, left it to soak for half an hour or 45 minutes, then washed it out. Et voilà! Your hair would be magically transformed!

I think this may be the stuff… 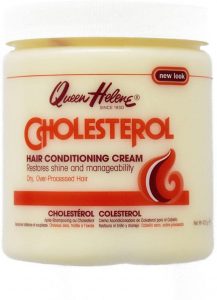 But I thought it was spelled “Kolestral” (or something like that), it was made by Wella, and it definitely came in a tube. But then…so did everything: except for Pond’s cold cream nothing came in a tub. In fact, I don’t think they even made cosmetic jars in plastic like they do today…and a big glass jar like this would have jacked up the price of the product more than any marketer of a low- to mid-priced hair nostrum would have liked.

Not being sure that this really was the original magical mystery hair goop, I set sail for a short cruise across the Internet, in search of laydeez recommending their favorite split-end fixes. And lo! What should I come across but this charming woman!

COCONUT OIL??!!???  Well hot dayum! I’ve got a whole jar of that stuff, sitting on the nightstand! By golly: don’t even have to order some expensive gunk from Amazon!

So as we scribble, I’m sitting here with the oiled tresses wrapped up in a plastic bag, sealed in under a bath-towel turban. We shall see, in an hour or so, how well (or if) this scheme works.

Mwa ha ha! We already know the stuff works superbly as a furniture polish. Why not hair polish, too?

LOL! When I was a little kid, I would have killed to have hair halfway down to my tailbone. But my mother…well…she just WOULD not allow it. No matter how much I begged her to let my hair grow, every two or three months she’d plop me on the kitchen stool and do a hack job on the hair, chopping it off at about ear level. Since the other little girls had their hair done by the lady in camp (we lived in an oil camp in Saudi Arabia) who had worked in a hair salon in her US incarnation and got fancy haircuts in Beirut or Paris when their parents went on leave, this made me look even weirder than I already looked — which as a little girl who wished she was a boy and who was dressed in ugly clothes ordered from the Sears catalog , was pretty damn weird. (Yes: the other little girls got clothes from Paris or, when their parents went to New York on long leave, from Bergdorf’s. Not that I cared: I wanted to be a boy; specifically, I wished to be a space cadet. Or an astrophysicist. Or both.

I do not know what birthed her dread of long, flowing locks on her little girl. It may have been the nuisance factor: she probably didn’t want to listen to me squalling as she yanked out the tangles. Or it may have been a dread of letting me look sexy: sexiness was something to be avoided in her strait-laced world.

Probably, though, she was inspired by abhorrence of our even more strait-laced neighbors, a couple who declared themselves to be extreme Southern Baptists. In their belief system, girls did not cut their hair. They had three daughters, for each of whom they became slightly more liberal as the children grew. The eldest, Ann, was NEVER allowed to cut her hair, ever. By the time she finished the eighth grade (at which point the Aramco school quit and kids had to be shipped either to the American school in Beirut, to a boarding school in Switzerland, or back home to the US for high school), that poor child’s hair hung all the way down to her feet.

The second girl, Mildred, presumably was so inelegantly named that there was little risk of hair sexiness, and so she was allowed to wear her tresses dowdily at about shoulder length. And the third child, a little girl named Helen, was allowed to live and look pretty much like a normal American kid. I believe the pressure on the parents from the other Americans’ disapproval of this silly practice is what led them to allow Helen and Mildred to wear normal hair styles. As for Ann? The instant her feet hit the tarmac in New York when they shipped her home for high school, she was off to a hair salon, where she had the ridiculous mane hacked off.

LOL! Just imagine what those folks would have thought of some woman vlogging from the shower! 😀 About oiling her sexy hair!! 😀 😀

My mother would have fainted dead away. But Mildred’s mother surely would have had a heart attack at first glance.

In another three hours, it’s off to my son’s house, where he proposes to fancify a beef roast. That will be nice. I hope he likes his Christmas present… He asked for a salt cellar. But it had to be a certain size, because he wanted it to perch on the window ledge next to the stove, which is less than one Mexican tile wide.

He’ll never run out of salt. That’s something. I guess… 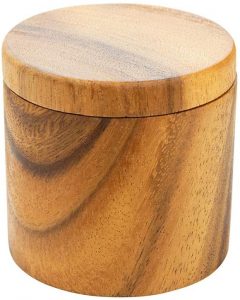