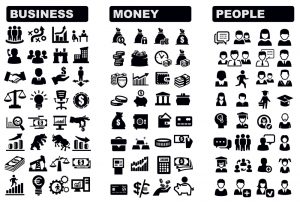 The Economist publishes a discussion of academe’s shortcomings in the teaching of basic, introductory economy (yeah, that Econ 101 course you took for three useless credits). They — the shortcomings — are manifold. But, we’re told, someone’s working to fix it . . . and for those of us who are drawn to questions about money, the economy, and how they work, the fix is extremely interesting. It involves a free, full-length online textbook designed to approach the subject in a better, more effective, and more engaging way. Frugally enough, its authors have titled it The Economy.

Our reviewer points out that economics “accounts for more than 10% of degrees awarded at elite universities each year, . . . and many more students take an introductory course as part of their general-education requirements. . . . Economics teaches that incentives matter and trade-offs are unavoidable. It shows how naïve attempts to fix social problems, from poverty to climate change, can have unintended consequences. . . . [and] at its best, enables people to see the unstated assumptions and hidden costs behind the rosy promises of politicians and businessmen.”

In other words, if your eyes glazed over on Day 1 of Econ 101 and stayed glazed all semester, you need this book. More to the point, where the future of humanity is concerned, maybe your kids do, too.

Designed by an international team collaborating as the Curriculum Open-Access Resources in Economics, the book takes a fresh approach to its subject. “Messy complications, from environmental damage to inequality,” we’re told, “are placed firmly in the foreground. It explains cost curves, as other introductory texts do, but in the context of the Industrial Revolution, thus exposing students to debates about why industrialization kicked off when and where it did. . . . Quite early on,” we find “lessons in the weirdness in economics . . . that make the subject fascinating and useful but are skimmed over in most introductory courses.”

So cruise on over to the site that hosts this free tome. The table of contents gives you a clue — and with color-coded markers shows how chapters fit into various themes such as  history, innovation, the environment, politics and policy…among other topics key to everyone who buys, sells, invests, or votes.