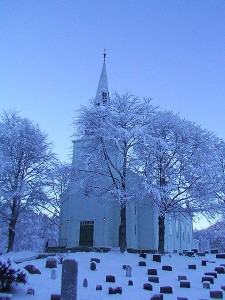 So… Trying to get out of the Funny Farm to drive down to the Religious HQ for today’s volunteer stint at the front desk, whereinat I now reside. Finally…

LORDIE, what a hassle.

To start with, I hurt from top to bottom. Even though the injured paw is slowly healing (I think) it’s very slow. The wrenched knee also hurts. If I get into the bathtub, I can’t get out through any normal contortions and so have to scrabble around to try to get on my feet without slipping and braining myself.

Not that it would make much difference these days.

A normal person would take a shower, not get herself trapped in a tubful of hot water, right? Yes. But first, I’m far from normal. And second — more to the point — soaking in hot water seems to be about all that eases the present tumble-induced aches and pains.

Next, the deadbolt on the door between the kitchen & the garage has jammed. Soonest I could get a locksmith out to the house was tomorrow. Fortunately, there’s a drill-proof Schlage lock on the garage’s side door, and prizing open the garage door itself…well…that’s not very hard, but it would be a little conspicuous for a burglar’s tastes.

But…I tend to mindlessly drive away from the house without closing the garage door. Invariably I think of this as I get about halfway up the block, so feel honor-bound to turn around, go back, and check to be sure it’s shut. This noon when I pull a U-ie…well, naturally, my computer slides off the passenger seat and tumbles onto the floor. Shee-ut!

It doesn’t seem to have broken. Otherwise, obviously, this wouldn’t be getting written.

To add to the kitchen-door issue, the lock on one of the Arcadia doors won’t work. Turns out for some reason the door isn’t closing tightly enough to force the little button that makes it possible for the latch to shift into place. These doors are supposedly warranteed for life, but taking advantage of that will entail digging out the paperwork from files that date back 15 years…won’t THAT be fun? And then hoping the manufacturer is still in business.

To add to the computer issue, the MacBook has developed a slowly worsening quirk: its cursor randomly jumps backward up the file as I’m typing, and since I type very fast even with one paw wounded, it inserts a series of letters into some random place in the file. This, I find extremely annoying.

I also find it’s a known issue. And probably will clinch the requirement that I buy a new computer, which I really do not want to do.

One reason I don’t want to is that I haven’t been paid the $1300 owed by my most recent client. Contact his admin and find it’s because she failed to enter some tiny speck of data into the university’s excruciatingly complicated computer forms.

Soooooo….. Let’s hope this thing survives long enough for that payment to get here, so I can afford to buy another unit and jump through the involved set of hassles that will entail.

Further adding to the fun… Usually the Thursday afternoon front-desk gig is quiet as the tomb. Not so today. The phone has been jangling since I sat down. We’re doing a concert of Handel’s Messiah — people are calling with questions to which I do not now, never have, and probably never will know the answers.

At any rate, this is the kind of day that makes me question the state of my marbles. I can’t even get out the door without a fiasco, and when I finally get here — pushing late — I have no clue what I’m doing.

The front yard looks a lot clearer and tidier with all the brush that Gerardo and crew removed yesterday. But from the street you still can’t get a full view of what’s going on — if anything — inside the courtyard. So, what with that guy obviously casing the house the other day, I’m  not at all comfortable at leaving the place. Ever. Especially not for several hours at a time.

So we’re brought back to the question that arises these days every time I get in my car and drive away from the Funny Farm:

Why am I staying here?

Main reason? I have no idea where else to go.

Not that I can afford, anyway. If you don’t want to live in  a suburb of eave-to-eave styrofoam-and-stucco ticky-tacky, there’s really not much you can afford in a safer area. Not around here, anyway. All of North Central — where I’ve lived all my adult life — is now outside my price range. Well, except for the strip that borders Conduit of Blight Boulevard, all of which suffers the same issue as we in the ‘Hood confront: our neighbor to the west is one huge meth slum. That’s why the ’Hood is relatively affordable.

The alternatives are Fountain Hills — an hour’s drive from everything I do, and also largely ticky-tacky construction, albeit on larger lots — and Sun City –also almost an hour away from my life, and a ghetto for old folks, to boot.

Prescott? Wickenburg? Oro Valley? I’d have to start my life completely over in any of those places. And y’know what? I’m just too damn lazy to feel like building whole new networks of friends, whole new networks of retailers, whole new networks of doctors and dentists and optometrists and hair stylists and car mechanics and cleaning ladies and yard dudes and locksmiths and AC repairmen and plumbers and bankers and veterinarians and accountants and computer gurus and…augh!! It’s more than one can contemplate.

Ugh…some woman just hung up on me because I have no idea where to buy size 3x men’s pajamas. WTF????

And…ohboy, two seconds later the wooden gadget someone made to hold the door open got busted. Now the door is permanently latched shut.

BUT…the amazingly resourceful Nanette forthwith walked in through the door, retrieved the busted device, and fixed it.

A parishioner wants to know at which the Christmas Eve service do we sing “Silent Night” in the dark. I say it must be the midnight service…because that’s when the choir sings and we always sing…etc. No, says she, it can’t be the midnight mass because they never go to that.

Huh? Well, then, sister, it must be the service you usually go to, no???

An hour to go before I can head home and pour a bourbon & water.