So I got an email, apparently mailed to my Mac inbox from one of my Gmail addresses, from some jerk claiming he’d seeded my computer with ransomware and demanding a fistful of bitcoins.

The reason I spend top dollar to buy Apple hardware is Apple’s customer support. So it was on the phone again to Apple, this time to seek advice. James, the guy who answered the phone this time, said he thought it was spam nonsense. However, we changed everything in sight and then some, deleting stuff I’d never heard of and updating others. And of course I had to change my gmail password, another PITA.

We never had to do this stuff with an IBM Selectric… 😉

DropBox supposedly provides some protection against ransomware. Unclear exactly how reliable or thorough that is…but it’s better than nothing. It doesn’t back up your programs, though it’ll hold most or all of your data and images. However, Time Machine does copy your programs.

So anyway, James didn’t believe the threat was real, but even if it was, we apparently addressed it.

In that department, I’ve made a couple of moves to cut some of the endless time suck.

Earlier this week, I dropped a particularly active Facebook group. That was too bad in a way, because I kind of enjoy that group. But as a practical matter, I diddle away altogether too much time on Facebook, and the various “notifications” the site sends out create huge logjams in my email inbox, even though I set the thing as best as I can to divert incoming FB messages to “Junk” or “Trash.” All that does, really, is simplify the opportunity to kill even more time deleting literally hundreds of pieces of email detritus. The other day when I cleaned out the email I had to delete well over 600 useless, redundant messages.

So this will help save some time on two fronts. 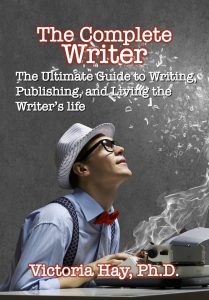 Meanwhile, another diffuse time-suck went away when I decided to post the rest of The Complete Writer chapters waiting to go up at Plain & Simple Press and set WordPress to schedule them for publication into the future. Then did the same with enough If You’d Asked Me squibs to last until the end of 2019, publishing one chapter or squib per bookoid every three weeks. This, then, creates three weeks in which to write Ella’s Story chapters, rather than trying (unsuccessfully, of late) to crank out one a week.

This will provide at least a shot at making some progress on Ella.

But of course having to dork around with protecting my computing empire from a real or spurious threat creates still more time suck: Every-goddamn-where I go on the Internet, I have to sign back in with passwords I can’t remember and so have to look up, or with passwords that no longer work and so have to be reinvented. GOD, how I hate this stuff! Like there isn’t enough to waste your time on…

Deleting all the cookies on both computers kindly caused the Washington Post to forget me on my two favorite time-wasting online games. I was aiming for 100,000 points and had just reached 95,000. So that’s discouraging enough to bring a stop to diddling away more time on that stuff.

And this will free up some more time for another 2019 goal: to send the “Drugging of America” proposal around to a bunch of publishers. Or an agent…really, you don’t need an agent to sell nonfiction. I had no trouble selling the three books I have in print through real publishers. But times have changed. Unfortunately, my agent passed away some time back, and my editor at Columbia UP disappeared awhile back. But…the woman who was senior editor when I was holding forth is still there, only as a much higher muckity-muck. She just sent a request for a donation (university presses are de jure if not de facto nonprofits). So I may send her a reminder of my existence and see if she or one of her underlings will agree to see a proposal.

Meanwhile, word just came down that Quora has given up some 100 million users’ data. Went there to try to change my password. I can’t find the original PW, so I must have failed to write it into the 20 goddamn pages of single-spaced passwords that resides, coded within code, on my hard drive. Godlmighty. Another time suck. Unless, o’course, I decide to just let that one go, too.