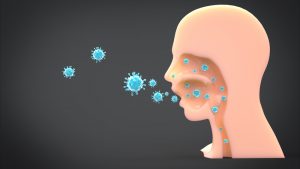 The older you get, I think, the harder it is to deal with stress. And this past two weeks of unending techno-chaos have been nothing if not hideously stressful. Last night I enjoyed a fine hangover from that stress-storm…again, I think.

Along about 2:30 in the morning, a bright flare of pain and sweat woke me up. Gut pain, chest pain, shoulder ache…hard-to-tell pain.

On the other hand(s):

Yes, I could call 911. They would not take me to the Mayo, where my doctor practices and which is the only local hospital in which I have anything resembling confidence. They would take me to the hospital of their convenience, where I decidedly do not want to go. And want or no want, I have soooo HAD it with doctors and doctoring, I would rather die right now today than go through any more of that. And no, my friends, I do not exaggerate.

Get up; repair to the hall closet. Chew a couple of vile Gaviscon tablets. As usual, this stuff has no effect other than to make me hate my taste buds. Remember the ranitidine stashed in the closet. That’s Zantac. Drop one of those. After about 30 or 45 minutes, this stuff seems to work.

Evidently not about to die, climb back into bed around the sleeping dog.

a) Quit drinking as a stress control strategy.
b) Test blood pressure sometime after sunrise; if systolic is over 140, call the quack on Monday. Maybe.

On the other hand:

At any rate, planning a strategy for organizing and transferring all this data was quite the little project…as in “took two hours to figure it out in any rational way.”

Most of my stuff is now deleted from DropBox. It took two full days and then some to transfer this data over to iCloud, an apparent exercise in futility. Copying from iCloud to the MacBook’s hard disk only took a couple of hours this morning…but of course I can’t get it ALL on the hard disk, because the MacBook is now chuckablock full.

Next: run Time Machine to back up the MacBook, thereby saving this data in perpetuity. In fact, do a TM back up to not one but two external hard drives…hope to God the hard drives are large enough. Once this stuff is saved, delete all the really old, “archived” debris that no one, myself included, cares ever to see again. This should free up some space on the MacBook.

Then get into iCloud and delete sh!tloads of data, which has about maxed the space I’m paying for. A lot of this stuff is archived business and financial documents, which really need only to be saved in a couple of places — a backup drive and the MacBook. But other than that material, much of the remaining detritus can be deleted without much risk.

How do I hate this sh!t? Let me count the ways.

Please, God: send me a patient little quarterhorse, about 50 head of cattle, and 2000 acres of upland grass country.

1 thought on “The Chaos Hangover”