Amazingly, despite yesterday’s miseries (and my dire expectation of three to four weeks of Fun with Influenza), today the body decided to make a little comeback. Yesterday, apparently having picked up a case of the flu at the Mayo’s ER a couple of nights earlier, I was classically miserable: fever, sore throat, splitting headache, aches & pains all over the bod’. I had to cut choir practice, and I really was thinking oohhh shit! here it comes! 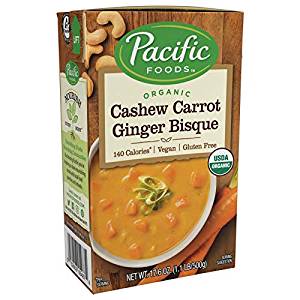 Normally it takes me weeks — even months — to get over a case of the flu. One curious doctor did a series of blood tests on me some years ago, which revealed that I have some small genetic flaw in my immune system that indeed does make me more susceptible to these damn viruses than most people and makes it harder to get over them. For that reason, I try to stay out of public places when they’re really crowded (Costco at Christmastime, heaven help us!) and also do not take communion because I will not share wine out of a communal cup, and no, I don’t care that someone thinks having the cup made of gold magically disinfects the rim on which the members of the congregation have rested their lips. These strategies usually fend off disease…but not so much when you spend six hours in an emergency room while the current strain of influenza is “widespread” in your parts.

Last night I managed to steal a few hours of sleep, and this morning the fever was down to a balmy 99. Still high, considering that “normal” for me is around 98 or even lower. But a helluva lot better than 100º+. The sore throat: better (still there, but at least I can swallow now). The headache: still there, but not racking.

Seriously: you have no idea how long these damn things can hang on with me. And to complicate matters, allergies to aspirin, ibuprofen, and acetaminophen mean I can’t even wangle a little symptomatic relief. A noticeable improvement after just a couple of days is a real surprise. The only explanation I can think of is that the flu shot I had a week or ten days ago must have just started to kick in and so somehow is helping the bod’ to beat off the bug.

So now, for the first time in several days, I was hungry. And there was exactly NO food in the house. What I wanted was some of that decently prepared soup that comes in boxes, under the brand names “Pacific” and “Imagine.” These are carried at Sprouts. And conveniently, there’s a Sprouts right down the road from the Funny Farm. There’s also a Walgreen’s in that shopping center — I needed a new bottle of nose squirt, so figured to pick one up there.

You have to understand, though…the “road” is Conduit of Blight Boulevard. And the environs that fine avenue skirts have their eccentricities.

First, into the Walgreen’s.

Oh, God! You can not go into that store without some strange new experience.

First off, I couldn’t find the damn Afrin (and associated knock-offs). Nor can I find a roaming employee except for this strange guy who is moving goods around with a freight cart and making WEIRD noises. At the top of his lungs: OH! OW! OOFFF! and on and on. He appears to be mentally challenged. Nice of Walgreen’s to give him a job, but not very helpful for the customer.

I traipse to the pharmacy counter to ask where the hell the nose squirt is. Get behind a woman who is receiving zero satisfaction and is told to come back some other time. This, it develops, is because they only have one employee back there. Guess their other staff are all out with the flu. I think fuck it! and decide I’ll have to go across the street to the Albertson’s to find the nostrum, another of the Hood’s gracious landmarks. Please, please, please waste some more of my time!

But on the way out I take another look in the stuffy-nose section and discover they’ve put the decongestant sprays all the way down on the very bottom shelf. Well, that’s good…at least I don’t have to traipse across the damn train tracks (sitting through at least one and probably two interminable red lights). Buy this and then walk over to the Sprouts.

Incredibly, the store is now not stocking even ONE actual soup by Pacific or Imagine! No joke! They have a pile of boxed chicken broth and boxed beef broth, but that is not what I want. I need a hearty soup that is going to give me some nourishment without making me sick(er).

So I get in the car and drive all the way down to the fancy new Sprouts at Osborn and Seventh Ave, now the heart of Millennial Country. Yes. There I find the actual soups for which Sprouts is famed. Grab an armload of these: potato leek, tomato (creamy!!), and butternut squash. While there I find a package of frozen warm-it-up in minutes mussels in tomato sauce. Hot damn! That, I’m going to eat whenever I finish this blog post.

So when I get up to the checkout, I ask the guy — who is, by the way a retired professor funding his cruise travels with part-time cashiering, and quite a kick — why on earth they’ve taken these soups out of the market in the ‘Hood. Poor people eat soup, too, y’know! This gets their attention.

They have to allow that they don’t know the answer to this conundrum, but yes, it probably does have to do with the demographics. (Let’s whack’em while they’re down!)

A fairly entertaining exchange with the two idle check-out clerks and a wandering manager now takes place. The professor and the other check-out clerk, a mature black woman, slender and sharp-looking, are both old-time Phoenicians. When I remark that the ex- and I were part of the first wave of gentrification in the Encanto district, a great flurry of reminiscence ensues.

“Do you remember the Basha’s that used to be in this parking lot?”

“Yes, and the Osco drugstore that went out of business and just sat there empty for years?”

“Did you ever go to the China Doll, right next door?”

The woman told me, to my astonishment, that she and her family used to live in the apartments that once were behind the present fancified shopping center. But for the longest time, she said, black people weren’t allowed to live there.

I said, “You’re kidding!” I knew there was a lot of discrimination — Arizona is fundamentally a Southern state, politically and culturally. But you can’t live in Central Phoenix? It wasn’t exactly Whiteyville at the time.

“Wow! That pre-dates my time. If that had been going on when all the Yuppies were moving into Encanto, there would have been riots in the streets.”

So now I make my way home, circumventing the accursed goddamn train tracks, backtracking to Feeder Street Northwest (which actually is a minor main drag that goes all the way down to the capitol area), then back-backtracking to the speedier 7th Avenue once I reach a road that moves smoothly east and west. Ugh.

And fall into the sack, having no energy to heat any of the fine delicacies in hand.

What a place we live in. And have lived in…