In the Never-a-Dull-Moment department, Funny has surely taken the proverbial cake. The past two weeks have devolved into hassle after hassle after ever-more-astonishing hassle.

Surprisingly, Funny is still on the air. Fancy that! Since last we scribbled at each other, in came another threat from the scammers impersonating staff at BigScoots, which provides the web hosting service for this blog. By then we had ascertained that this is a fraud, a fraud, and nothing but a fraud.

Problem is, it’s extremely difficult to tell whether the demands for money are coming from the scammers or whether in fact it’s time to update the auto pay for BigScoots. As we sit here, yea verily here’s another dunning email floating around in MacMail. Just now I’m too harried and too maxed out on annoying ditz to try to figure out whether it’s real or not. I believe not, though: BigScoots was auto-paid.

Which sounds good EXCEPT….

Yeah. Always an except, right? Just now the True-Life Except is that BigScoots is still paid out of my corporate account. I decided to close down the technical editing business...think I will just freaking DIE if I have to read another 30-page scholarly disquisition that purports to prove, using the highest and most intricate of intricate higher math, that automobile exhaust emitted from cars traveling along an inter-city highway in China backs up against the foothills of a bordering mountain range and…

…wait for it…this is too, too amazing…

Academia. What a place! Apparently it’s no less ridiculous a place in China than it is here in the U.S.

So anyway, in my enthusiasm for BREAKING FREE(!!!!!) of academic editing, I conveniently forgot that the corporate bank account happened to host a whole slew of auto-pays. Meanwhile, it’s been one fiasco after another, leaving exactly zero time and energy to dig out the paper statements from the credit union and figure out exactly what those auto-pays are and track down the creditors and change the auto-pays to my personal account. So not only do I not know for sure that the latest nuisance demand for payment to BigScoots is real, neither do I know exactly which creditors need to have new auto-payments set up.

Speaking of the meanwhile….

I’ve got to wrestle with the income tax data for WonderAccountant. That  took up the better part of two afternoons last week. Mind-numbing, grinding, booooooorrring ditz, hour after hour after hour of it. For the life of me, I do NOT understand how accountants can stand it

To frost all those cookies, last week I again had to traipse up to Young Dr. Kildare’s office and beg his staff to give me a password to their accursed portal. Been there, done that…and promptly lost the damn thing.

The accursed peripheral neuropathy is flaring, and it’s driving me crazy. He only just found out about that, because we haven’t had time to go over all my endless series of effing ailments since he arrived in my precincts. I had to drive up there AGAIN and get them to give me another new password, because I promptly lost the one their gal made for me, and then finally we made a new appointment.

He thinks the dizziness is caused by allergies…apparently it didn’t occur to him that peripheral neuropathy can also take the form of vestibular neuropathy, an affliction of the nerves in the inner ear that can also cause vertigo. To his credit, though, he referred me to a neurologist. Haven’t had a chance yet to call and make an appointment with that guy…and I have a very bad feeling that I don’t wanna, because whatever treatment they inflict on you is likely to be worse than the ailment.

YDK has theorized, though, that the endless spin stems from congestion in the eustachian tubes. And that actually make sense. The air here in lovely uptown Arizona has been just ungodly bad, with days when the haze obscured houses a block away, and the hills to the south have been submerged in a blanket of dirty air. Most of the time my parents and I lived in lovely Southern California, the air was always like that. And I was sick all the time. This was in the early 1960s, before air pollution laws kicked in — SoCal enjoyed phenomenal smog In fact, all the time I lived there, I didn’t even know there are mountains behind the LA basin. Never saw them once, in all the time we dwelt in lovely Long Beach.

Tellingly, a light breeze has come up and this morning you could see the North Mountains….a-n-n-n-d this morning I could breathe. This morning the world was only gently revolving around my head. So chances are YDK’s guess is right — especially when you consider that 1 aspirin and 1 Sudafed will do the trick pretty well.

At any rate, one more distraction, that.

In the meantime, the other day I hired a guy from Barbecue Doc — a backyard grill-cleaning enterprise — to come shovel the grease and crud out of my barbecue. He was the first of two workmen that day: in the morning we had a guy come over to repair and lubricate the garage door.

The barbecue dude, who came over in the afternoon, stole my my credit-card wallet off the patio table, where (after paying him) I’d set it down  between the time we inspected his (highly excellent!) work and the time I showed him out the door.

The upshot has been (and apparently will be, into the foreseeable future and then some) an amazing series of hassles. I’ve been running from pillar to post ever since I discovered all my ID, all my credit cards, all my whatnot was GONE.

Spent an entire day running from pillar to post and back again. All the way out to darkest Maryvale, a low-end suburb (the term we’re groping for is “dangerous slum”) on the west side, there to stand in line for 40 minutes to apply for a new driver’s license. Get up to the front of the line — which moves fairly fast, since they’ve got about two dozen windows open — explain the predicament, and the clerk kindly arranges for a new license to be sent to the Funny Farm. While I’m watching her work, I remark that her tattoos — full-color works of art decorate her arms — are really cool. (No, I’m not what you’d call a tattoo lady, but this was really out of the ordinary and the finished project actually was beautifully decorative.) She, sounding a little tickled, says “Oh, thank you.”

When she finishes taking my picture and filling out all the paperwork and generating a temporary license, she pushes the thing across the counter quietly and says g’bye. Got it? SHE DIDN’T CHARGE ME THE $25 RENEWAL FEE.

Canceled both AMEX cards — corporate and personal. Arranged (I sincerely hope) for a new personal card to be sent my way; decide to opt the separate account for “business,” since I’ve decided to fold the business. If I get some little project from a former client, it’ll be easy enough to flag income from that for WonderAccountant, but I don’t expect to be making enough money to make it worth any elaborate apparatus to divide out bidness and personal income/expenses.

Meanwhile, because YDK’s staff insists that you show a Social Security card when you check in (is that even legal?), BBQ Dude ripped that off, too. Y’don’t s’ppose this is WHY the SS Administration emits a warning, when they send you the card, NOT to carry it around in your purse or wallet?

I figured I was going to have to trudge up to the SS office in Paradise Valley and sit there for the usual four hours to get in to see a live human being to beg for a new card. But…lo! Believe it or not, you actually can order a new Social Security card online!

If this works, it’ll be some kind of a miracle. The proverbial ointment fly is that to make the online form work you must have a current driver’s license. And of course BBQ Boy ripped off my license, too. So I’ll have to wait until the replacement gets here to do virtual battle with the Social Security bureaucrats.

Fortunately, I do have a photocopy of the SS card. Which brings us to the Aesopian moral of this tale: Keep a list of all the cards in your wallet, AND keep a photocopy of each one.

Can’t wait to see what new headaches and fiascos this latest gambit causes. Pool Dude, who has been around the block more than once, says that identity thieves who know what they’re doing always make a small, preliminary debit from your checking account — small enough that, with any luck, it won’t be noticed. If it goes through, then they head off to the nearest Harley-Davidson dealership to buy themselves a new hog. Or some such.

The theft has been reported to the credit union and they’re raising the barricades. But it means that for the next few months, I’ll have to check my online accounts virtually every day, and flag every fake debit. Actually, they may be able to change the account number and issue a new card with a new number, which will foil our boy. Or whoever he sells the card to.

In theory BBQ Boy’s gambit wouldn’t be that big a deal, if it hadn’t come on top of the health-care hassle and the headaches entailed in closing the business account and the 2022 tax calculations hassle and the PITA auto-pays hassle and…JAYZUS am I tired of this stuff! 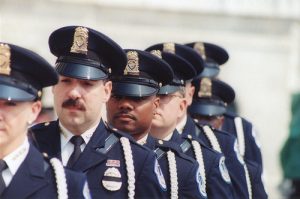 Interestingly, you can’t report a credit card fraud or theft to the Phoenix Police Department. At least not over the phone. They have two numbers for the Great Unwashed to call: “emergency” and “non-emergency.” When you dial the latter, first you get a blabathon, and then you get a high-pitched, LOUD, eardrum-shattering squeal SKWEEEEEEEEE!!!!!!!!! blasted into your ear. No, it’s not some kind of fluke: it happens every time you dial the non-emergency number.

What are they tryin’ to say to us?

To further frost the cookies (you didn’t imagine we’d run out of frosting, did you?), the roll of (expensive!!) dog food I bought for Ruby proved to be slimey-spoiled when I cut into this morning. Normally one of these things lasts her about ten days. But this one: less than 20 seconds: I had to throw it directly in the garbage.

Fortunately I have a few cans of dog food to act as backups.

But this is the second time it’s happened. First time, I schlepped the stuff back to AJ’s and they replaced it, gratis. But this time…y’know…I’ve got quite enough to do, thank you, without having to drive way to Hell and gone down to Central and Camelback to return the stuff. Again.

So, I believe that will be the last time we patronize that maker of overpriced dog food.

Fortunately, deep in the freezer reside the makin’s for DIY dog food, which I know Ruby will love. So tomorrow (or maybe this afternoon, if I manage to get off my duff) we’ll be concocting a week’s worth of chicken dog food for Her Ladyship. And so it will be henceforth.

And all that ain’t the half of it…

5 thoughts on “The Endless Tide of Hassles…”