So my son kindly gave me a brand-new iPhone for my birthday! Can you imagine!!??? <3

I never could learn how to operate the Android system. For the requisite cell phones we’re all pretty much required to drag around with us everywhere we go, I use a couple of cheapo flip phones powered by Tracfone minutes, one for the car and one to drop in a pocket when I walk the dog…if I remember. It’s been obvious for quite some time that I need to get a smartphone and learn to use it, but the truth is…I’m all learning-curved out.

True that: I just flat do not want to have to learn any new techno-tricks. But alas…I’m resigned.

That settled, this is really a cool little machine. It’s an iPhone SE, Apple’s attempt at making its phones more or less kinda affordable. And we’re told that the iPhone is a lot easier for the aging brain to grasp than are android devices.

We shall see. In the meantime… Apple does not provide a manual for its iPhone! I couldn’t even figure out how turn the damn thing on! My son demonstrated and…well…then what?

I have noooo idea.

So eventually it dawned on me that of course YouTube must have tutorials on how to work the thing, if I could figure out which video goes with this model. And yea verily: I found one that’s close enough. Thing is…well…it runs an hour and 46 minutes!

If these things are so damn complicated that it requires an hour and 46 minutes to explain how to operate one, why the HELL doesn’t Apple provide some instructions?

At any rate, yesterday I sat through about half of it. Pretty enlightening…at least I’ve got a fair idea of how to turn it on and what it’s supposed to do. Today I loafed, and lazily failed to glue myself to a computer. But did realize that probably Amazon sells manuals for the iPhone… and yea, again: there they are. Most of them self-published DIY affairs full of typos and bêtises, but at least they’re available. For…uh huh: 25 bucks! 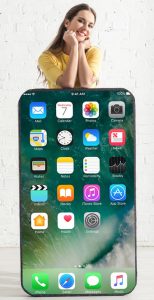 So I ordered one from the “For Dummies” series, which usually are fairly clear and at least are edited by real editors.

These, I figure, will obviate my having to take endless notes on the YouTube guy’s video. I couldn’t write longhand fast enough to keep up with him and at the same time figure out what he was trying to say. Which tells you more about how long it’s been since I’ve written even a few words in longhand than about how fast he talks.

You can connect this phone to your wireless, which will provide enough functionality for me to try some of the tricks described in the video and the book. Once I’ve figured out how to turn it on and what to do with it, then I’ll buy it some minutes. There are several plans on various carriers, but I figure I might as well stay with Tracfone, since I have no complaints with them.

Tracfone has a one-year plan that provides 1500 minutes of yak-fest plus 1500 texts for $125, a far cry from Cox’s gouge for a VoIP “land line” (which it’s not, anymore). I doubt if I’m likely to spend 1500 minutes on the phone for the rest of my entire life! And since I’ve never texted anyone in my life nor do I feel any great need to, chances that I will indulge in 1500 of them are about nil. With this package, you also get “1.5 GB of Data at 4G LTE Speed,” whatever that means.

I like Tracfone because you’re not nailed into any kind of contract with them. You pay, and you’re done.

But not quite, exactly. These minutes they sell carry over. The little clamshell phones now have tens of thousands of minutes accumulated on them. If that occurs with the year-long plan, too, presumably over time I’ll have so much paid-for time I can gossip with everyone in the city.

Anyway, first things first. And the first thing is to connect it to the wireless (somehow…) and then figure out the basics of how to use it. THEN feed minutes into it.