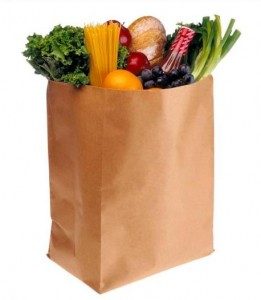 Okay, so after the last Instacart experience — which was mixed, but overall pretty good — I decided to try again, needing a few items from AJ’s Fancy Overpriced Gourmet Grocery that I knew M’hijito would not be able to pick up in this week’s Costco expedition. This led to another strangely entertaining interlude.

Once again, the runners tried to substitute stuff for products they knew little or nothing about. Instacart would be excellent if you bought a lot of plain-vanilla processed, packaged foodoids — since these seem to be what most Americans eat today. But if you ask for anything at all different from what they’re used to, the results can be hilarious.

Day before yesterday, I tried to get another package of the Italian flour the last AJ’s runner stumbled upon (not having any clue what she’d found). The cupboards were bare of old-fashioned unbleached flour, but she found a tiny package — one kilo, 2.2 pounds — of real, unadulterated, un-Round-Upped, un-genetically modified Italian flour. I pointed to a picture of it on the AJ’s site and said that and only that was what I wanted. She showed up with a pound of tapioca flour! Heeeeee! 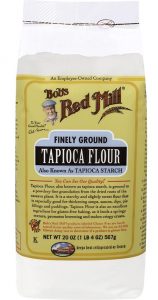 Asparagus? AJ’s carries, tucked away in a particular part of its produce department, lovely thin dainty spring asparagus. Well. Spring has sprung. I got the King Kong of asparagus, thick stocks trying to take after a sequoia tree. So those’ll be…uhm…just yummy. Maybe I can make them into asparagus soup, if I can find someone who can figure out how to buy plain old heavy cream. 😀

So, it looks like, unless there’s a way to connect through Instacart with a single person whom you could train to shop in your own style, that system isn’t going to work well for the Aging in Place scheme. It would work to some degree — you could get SOME of the products you use regularly. It surely would be better than the Beatitudes, because even if you were buying mostly processed foods, they’d still be better than the chow served in the old-folkerie’s mess halls…uhm, “restaurants” (heh!). But you’d have a very hard time getting an ever-changing variety of runners to bring what you want consistently. And that would be annoying.

An alternative might be to train your cleaning lady to shop for you. At least if you had her at hand as you were presenting your requests, you could say “…and if you don’t see this, that’s OK — don’t try to substitute anything else.” Someone like Luz, for example, could pull this off a lot better than the Instacart runners, because she’s very smart (indeed) and because she knows how to cook.

And another alternative might be to hire a college kid… There used to be two culinary schools in town. Two of the community colleges now have culinary programs, and there are a couple of free-standing scams. You could hire a student in one of those — community college kids, in particular, are always looking for side gigs. And if they’re interested in food and cooking, they’d probably have a better shot at understanding what you’re asking for.