Wow! MattressFirm was on the ball when it came to delivering the new sack I bought a couple of days ago. They would have delivered it over the weekend, except that I had other plans. They were here bright and early this morning to tote out the tired but still vast and still ridiculously heavy number and bring in the new one. 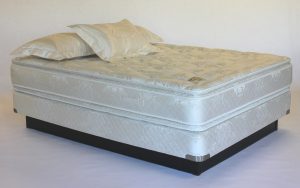 Pleased to get it, and not bad at-tall! It’s a little firmer than the old one, but that may be because the old one was fifteen years old. And sagging. This one is sag-free. To my surprise, it’s not significantly thinner than the defunct mattress, which when I bought it was pitched as miraculously extra-thick (meaning: you can’t fit your sheets on this thing!) Still not easy to get the sheets on, but there they are now. Even though it’s a little less squishy than I’m used to, it’s very comfortable and restful. So: this is good.

A new addition to the things that have to be taken care of around the house. 😀

The scheme to clean the house one chore at a time, one day at a time is working. Today I cleaned the outdoor furniture, swept the porches and deck, and washed the windows.

Notice that this caused rain to fall. Uncanny power, eh?

Over the past week the floors have been cleaned, the kitchen has been cleaned, the bathrooms have been scrubbed, the bed has been changed and the sheets & laundry washed, the furniture has been dusted, the windows washed, the outdoor living areas cleaned…and I have not knocked myself out even once! Most of these chores take all of about 20 minutes. And interestingly, the house has stayed clean-looking. Steadily neat, tidy, and clean.

I don’t know why I never thought of this before!

More to the point, I don’t know why my mother never thought of it. 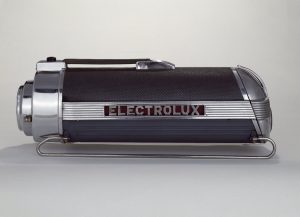 Of course, housework and laundering were much bigger, harder jobs in her day. Floors were not covered with tile: they were covered with ugly brown rugs (to match the color of the dirt that would get ground into them over time). A vacuum cleaner…oh, ugh! What a monster machine. Ours was an Electrolux that scooted around on metal runners. It was heavy and clumsy and loud and messy and altogether unpleasant to use. You dragged it from room to room, scrubbing at the carpets with an attachment at the end of a long hose. And if you were unfortunate enough to live in a place with stairs…oh, God!

To clean the toilets you donned rubber gloves and scoured with Comet, a chlorinated powdered cleanser.

There were no dishwashers. You washed, scrubbed, and scoured every dish, pot, and pan by hand, arrayed them in a drainer next to the sink, and then poured a potful of boiling water over them to sanitize. Then you dried them by hand and put them away. There were no clothes dryers: you hung everything on clotheslines in the backyard, including the sheets and blankets (to the extent that you laundered blankets, which for most people was not at all: they were dry-cleaned in toxic chemicals). My mother had a wringer washer that miraculously ran on electricity. You’d drop a load of clothes in it with some detergent; it would fill with warm water and slosh around for awhile. Then you took each piece of  clothing out and ran it through the electrically driven wringer…VERY carefully, lest you catch your fingers or hand in the damn thing. This dropped the clothes into a big concrete tub of cold water, in which you manually sloshed the soap out; then you ran each piece back through the wringer again to squeeze out the rinse water. Then you hauled every damn piece of wet clothing and bedding and table linens into the backyard, where you hung them on clotheslines.

Everything had to be ironed: there was no such thing as no-iron clothing. My mother had a giant table press to iron the sheets, and every week we had to stand at an ironing board to press my father’s khakis, all our own blouses and skirts and slacks, all the table linens…you name it, we ironed it. Some women even ironed their husbands’ BVDs. Men’s shirts were starched: you boiled up a starch solution on the stove, dipped the shirts in that, hung them up to dry, and ironed them crisp. Windows were cleaned with water and newsprint…and lemme tellya, that was a laborious job.

My mother had a cleaning day and a washing day and an ironing day. Cleaning house took the better part of a day. Doing it right today does, too, for that matter — only without breaking your back. Laundry was also a half-day project or more. Ironing? Shit, she made me iron until I was blue in the face! But I’m very good at it, to this day.

When we lived in Arabia, we had Pakistani, Goanese, or Indian houseboys. Although my mother still washed and ironed the clothes, Dominic cleaned the house every week. In fact, I think he came around more often than that.

When we came back to the States, my mother must have decided that with a 13-year-old in tow, she was not going to do housework again. So once we got to San Francisco, she made me do all the cleaning. She did the laundry, because that entailed a trip to a coin-op laundry room in the basement of our apartment towers, and I expect she figured it wasn’t safe to send me down there by myself. Sometimes she did make me come along to help, but I was not required to do that job alone.

Whatever. I will say it did teach me to do housework. And to abominate it. I cannot tell you how much I dislike cleaning house.

But the thing is, it never occurred to me — as I’m sure it never occurred to her — not to do all the house-cleaning on a single day. If it had crossed her mind, I don’t know whether she would have done it. Or if it would have been practical to do so. With lighter, easier-to-use vacuum cleaners and less laborious flooring, vacuuming is a much faster and easier job today. Chemicals that you pour in the toilet and leave to do their job change the nature of bathroom-cleaning, in a big way. Dishwashers transformed women’s lives — truly. You could spend a good two hours a day washing dishes, especially if you had a big family…ah, the good old days. Microwaves worked a similar transformation, freeing women from daily scrubbing of heavy, gunky, greasy pots and pans. And fabrics that don’t have to be ironed? Holey moley!

The mind-set remained though: This is Monday, must be time to clean the house.

But as a practical matter, when you don’t have to work yourself into a sweat to do any one of the apposite chores, it actually makes better sense to spread them evenly over five or six days. It’s easier, it’s less tiring, and it doesn’t spoil an entire day of your life.